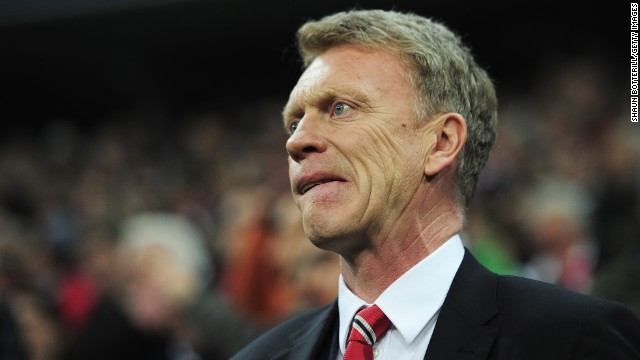 David Moyes was personally endorsed by outgoing Manchester United manager Alex Ferguson but has struggled to make an impact at Old Trafford since leaving Everton. 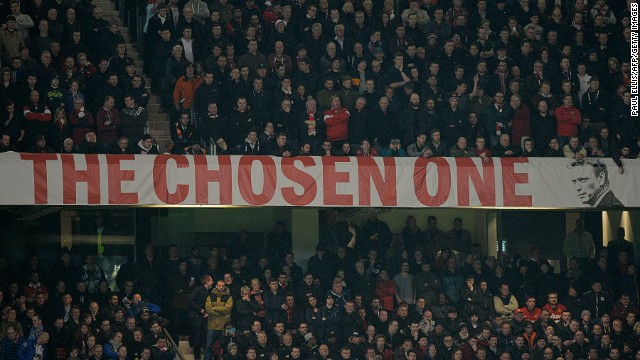 Moyes didn't need reminding that he was Ferguson's choice of replacement. This banner has been a constant fixture at the Stretford End at Old Trafford all season. Ferguson told fans to give Moyes time after his farewell game in charge at the "Theater of Dreams," but the Glazer family has run out of patience. 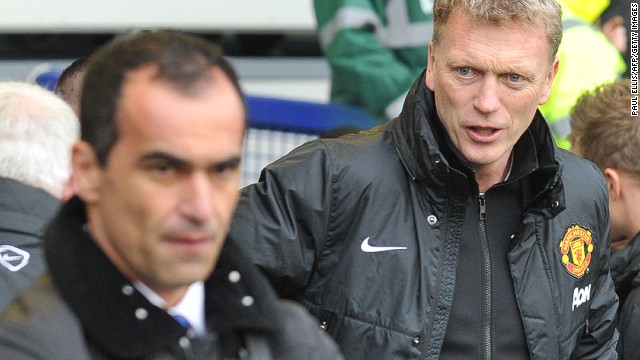 Everton replaced Moyes with Roberto Martinez (left). The Spaniard has not only produced results but an attractive style of football. Everton's 2-0 win at Goodison Park on Sunday sent United crashing to an 11th league loss this season under Moyes. It also ended United's hopes of qualifying for next season's European Champions League. 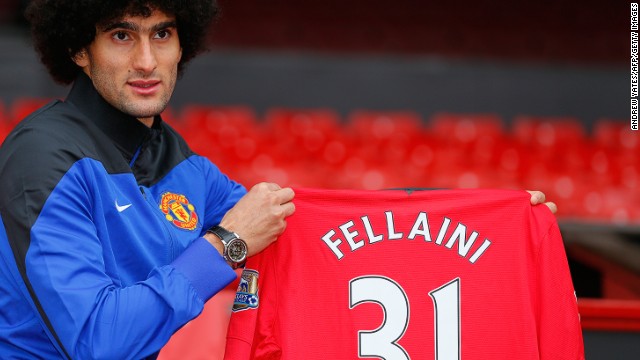 Former Everton midfielder Marouane Fellaini joined United in September 2013 for a fee of £27.5 million ($46 million). But Moyes' first signing has failed to make an impact at his new club so far. The arrival of Juan Mata for £37.5 million ($63 million) from Chelsea in January was more welcome to United fans but the Spaniard hasn't been able to stop the rot. 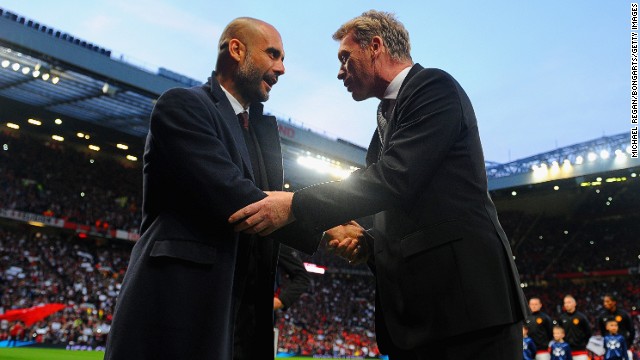 Moyes has had to congratulate more opposing managers on victory than United fans have been used to, with six league defeats at Old Trafford -- which is usually a fortress. Moyes did better in Europe, though, winning four games and drawing 1-1 with Pep Guardiola's Bayern Munich in the first leg of April's Champions League quarterfinals. 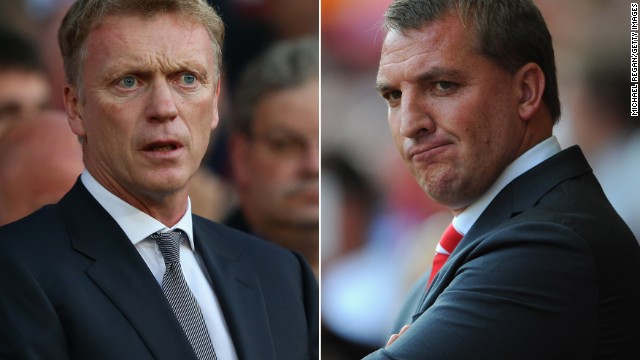 While United's fortunes have plummeted under Moyes, Liverpool's have risen under Brendan Rodgers (right). Ferguson once famously said he wanted to knock the Merseysiders off their perch, but one year after the Scot's departure Rodgers' team leads the Premier League by five points with three games to play. 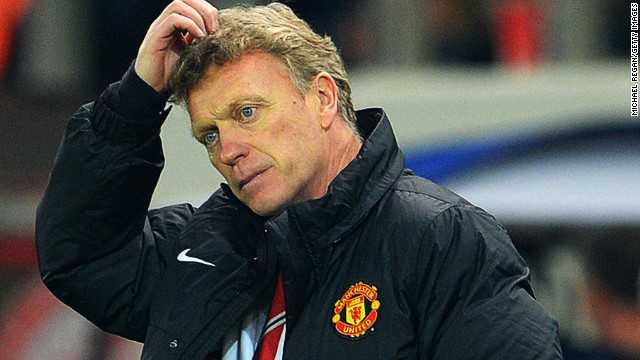 "Manchester United announces that David Moyes has left the club," said the English Premier League team in a statement on the club's official Twitter feed.

"The club would like to place on record its thanks for the hard work, honesty and integrity he brought to the role."

Moyes succeeded Alex Ferguson last May but has overseen a lackluster campaign, with the club lying seventh in the table having amassed 57 points from 34 games.

United slipped to an 11th league defeat this season against the Scot's former club Everton at Goodison Park on Sunday -- a result that finally ended any mathematical chance of participating in next season's Champions League.

Did David Moyes deserve to be sacked?

David Moyes: Paying the price of failure
Tweets by @CNNFC

The three-time winner of the European club football's biggest prize is now 13 points behind fourth-placed Arsenal with four games remaining. The last time United failed to qualify was in 1995 and their chances of even playing in the Europa League next season are slim.

"The football and the results have been poor," former Manchester United defender Gary Neville told Sky Sports News. "The performances have got worse and worse."

"Ryan Giggs, the club's most decorated player, will assume responsibility for the first team until a permanent appointment can be made," said United in a statement. "The club will make no further comment on this process until it is concluded."

Moyes, who turns 51 on Friday, signed a six-year-deal with English football's most successful club last May, when the outgoing Ferguson personally endorsed his appointment.

"David is a man of great integrity with a strong work ethic ... There is no question he has all the qualities we expect of a manager at this club," Ferguson said of his compatriot.

Ferguson also implored United fans to stand by Moyes when he addressed them following his last game in charge at Old Trafford last season, which ended with his 13th league title in a trophy-laden 27-year reign.

But United's owners, the American Glazer family, have clearly had second thoughts following a persistently stuttering campaign -- which has led to the club falling down football's rich list.

In January it was reported that United's share price had fallen 16% since Moyes took over, while Deloitte's annual football money table placed the Old Trafford team outside of the world's top three richest clubs for the first time in 17 years.

Moyes opened his account with a 2-0 win against Wigan in the FA Charity Shield match at Wembley in August and followed it with a convincing 4-1 win at Swansea in the opening game of the league season.

But pressure soon started piling up in September with league defeats against arch rivals Liverpool, Manchester City and, embarrassingly, West Bromwich Albion at Old Trafford -- the Midlands' club first win at the "Theater of Dreams" for 34 years.

United also endured embarrassing exits from both domestic knockout competitions, losing at home to Swansea in the third round of the FA Cup and going down on penalties against another struggling Premier League team -- Sunderland -- in the League Cup semifinals.

Hopes of Champions League glory were ended by Bayern Munich in the quarterfinals earlier this month, with the reigning European champion winning 4-2 on aggregate.