Australia (CNN) -- Major royal tours like the one the Duke and Duchess of Cambridge embarked on this month act as milestones in a royal career.

The images that come out of them will be used in perpetuity to illustrate an ongoing history of monarchy. In New Zealand and Australia there have been dozens pictures that made great magazine spreads but I have chosen three that I think say something more.

On the face of things, this was just a play date at Government House in Wellington, New Zealand, but it had been organized for a future king and was the starting gun for a lifetime of official engagements for Prince George.

I chose a picture from the end of the event because it's also an intimate portrait of a close-knit family unit with hands-on parents who people can relate to. Every parent has had one of these moments and it's what makes parenthood worth it. 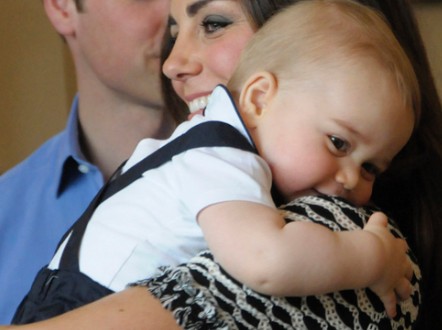 The Duchess has never been to Australia before and what stronger message could there be to say she has arrived? It's a rite of passage for tourists to have a picture taken at Uluru at sunset.

But this image is also loaded with family history.

Prince Charles and Diana posed in the same spot on their first foreign tour as a family. The interesting thing here is that Kate and William's picture didn't work. The shoot was rushed and the couple looked awkward. You can even see the shadows of photographers at their feet. This picture places Kate in a country where she will be Queen but it also speaks to the media pressure the couple are under and trying to juggle. 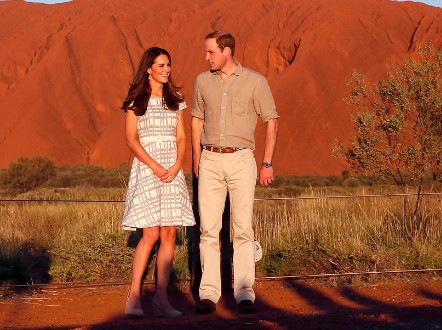 Prince William knows he hasn't been the headline act of this tour, with the spotlight firmly fixed on his wife and son.

But look closely and there's been an interesting shift in his public appearances. There were the usual fun moments, typified by sporting challenges with his wife and intimate moments with his son, but there's also a creeping formality to his engagements.

This was most obvious for me when he sat down with the Australian Prime Minister, Tony Abbott, in Sydney. It was a kingly side that I can't remember seeing in him before -- Prince William is a future head of state.

During this tour we got to know a new generation of royalty (George) but we also saw an existing one (William and Kate) mature. They are doing it in their own way by focusing on events that reflect their personal interests (conservation, the military, sport, young people and hospices) and they've done so to rapturous praise in the Australian media and amongst the political leadership.

If they haven't killed off the republican debate, they've at least put it on the back burner. They've also added a chapter to their official biography. 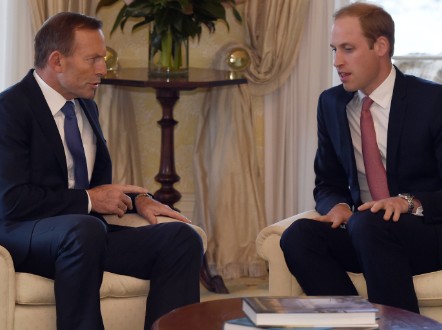