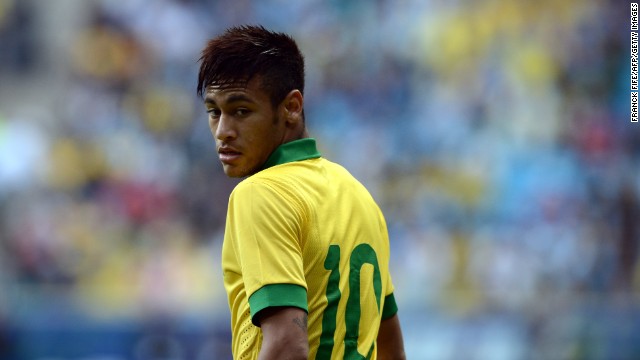 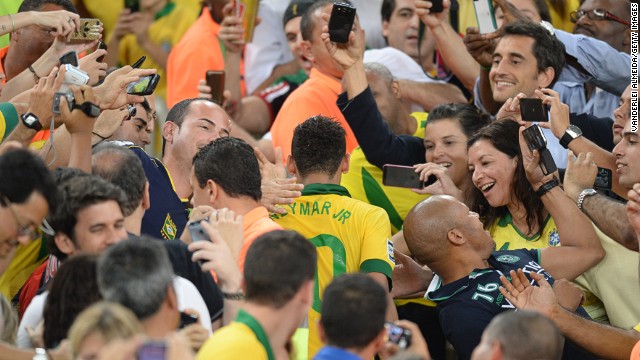 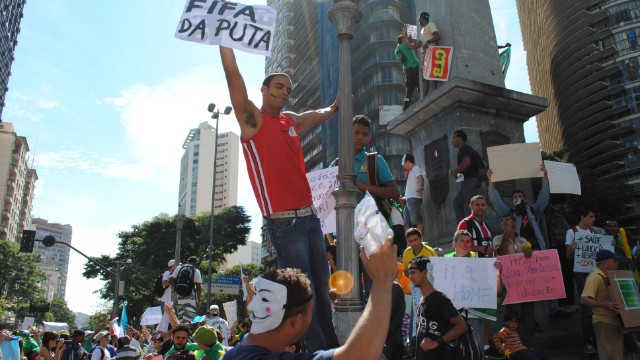 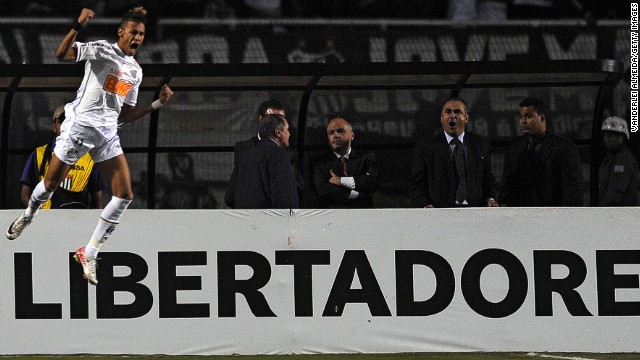 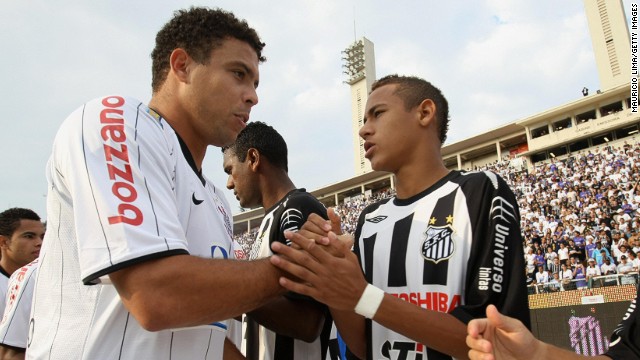 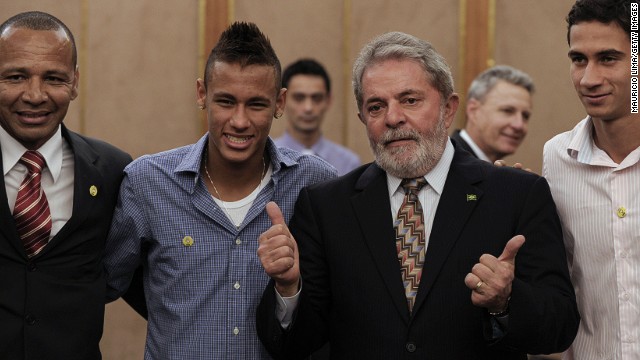 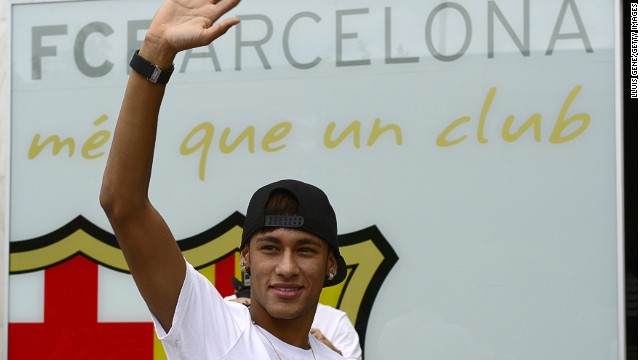 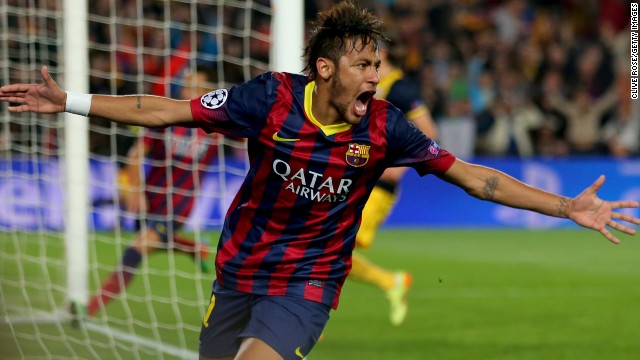 (CNN) -- Brazilian footballer Neymar has given the thumbs up to political protests during this summer's World Cup in Brazil -- as long as they are peaceful.

Demonstrations -- some violent -- have been taking place all over Brazil since last summer's Confederations Cup, raising concerns about security at the upcoming tournament.

They were originally organized to protest against increases in travel fares, but have since gone on to include demonstrations against staging the World Cup in Brazil, corruption in government and a lack of social spending.

"My opinion is that protesting, there's no problem with it, as long as it is peaceful without violence, without vandalism," said Neymar, who was talking to CNN at a Castrol Footkhana event.

"If it's for Brazil getting better, they have to protest," added the Brazilian, who plays for Spanish club Barcelona.

Smaller scale protests are still continuing, with many people earlier this month showing their disapproval following the death of a young man allegedly beaten by police, as city authorities attempt to drive armed gangs away from communities and restore authority ahead of the World Cup.

To make matters worse for FIFA and organizers of the tournament, three of the 12 stadiums to be used this summer have yet to be finished.

Coach Luiz Felipe Scolari has also spoken about the political backdrop in Brazil, arguing that any demonstrations taking place during the competition would have a negative impact on his squad.

"I don't know if it's the right time," Scolari said in an interview on TV show Fantastico. "It could [affect my players], big time."

Winning the World Cup for the five-time winners would help Brazil banish the memories of the nation's darkest sporting hour -- letting a lead slip to allow Uruguay to become world champions in 1950, the last time the tournament was held on home soil.

"My advice is that they cheer for the national team until the end because they are important and we need them so that we can put more pressure in the game which will help us," added Neymar.