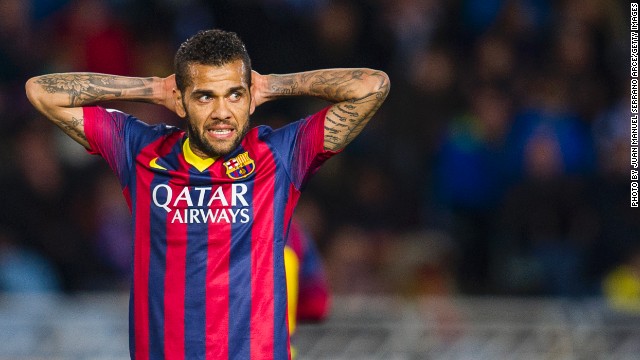 Dani Alves responded by picking up a banana and eating it after finding himself the target of racial abuse during Barcelona's 3-2 win at Villarreal Sunday. 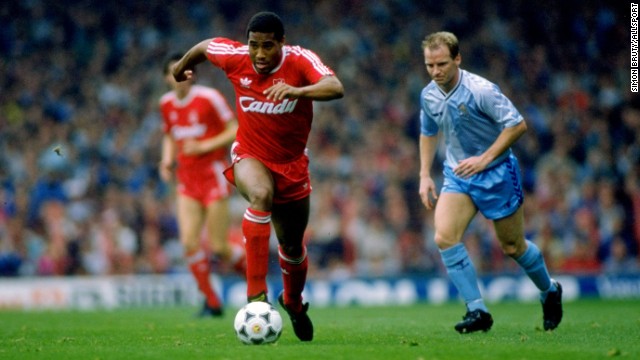 An Everton fan threw a banana at Liverpool's John Barnes in 1988, with the England international forced to kick it off the pitch. 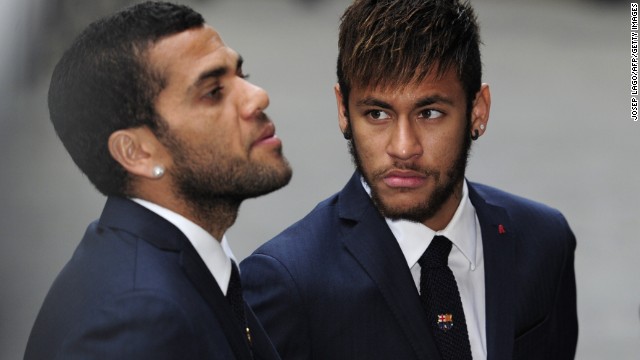 Alves' Barcelona teammate Neymar started a social network campaign in support of his compatriot, which has been backed by a number of high-profile footballers. 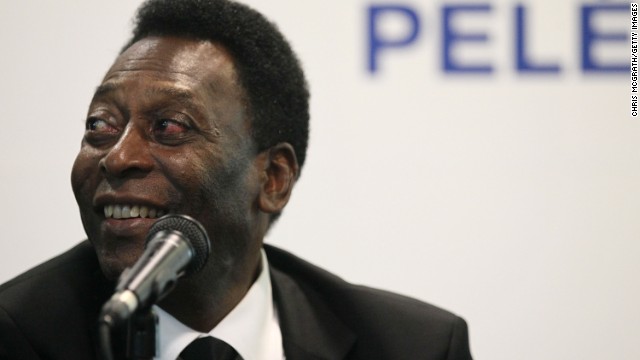 Brazil legend Pele believes the Alves incident is an isolated one. "I think if you mention that, it is ridiculous, as you have one case, and all over the world they play soccer, and you have one case," he told CNN. 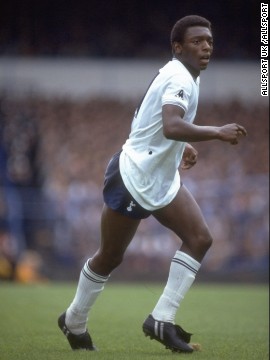 Former Tottenham player Garth Crooks has been encouraged by footballers such as Alves and Kevin-Prince Boateng taking a stance against racism. "They're all prepared to say, stop you better do something about this or I walk," he told CNN.
HIDE CAPTION
Get up, stand up
A different era
Support
Isolated incident
Change
<<
<

(CNN) -- Two bananas thrown on a football pitch, separated by 26 years. One thrown at John Barnes in 1988 in an English soccer match and another at Dani Alves in 2014 during a Spanish league game.

Throwing fruit to racially taunt players in their place of work. Barnes kicked it away during the Merseyside derby between Liverpool and Everton, Barcelona star Alves picked it up and ate it in Sunday's match against Villarreal.

Does it show how ineffective sport's ongoing fight against racism has been, or as one leading ex-player argues, does the Brazilian's quick thinking demonstrates just how far football has come in 26 years.

"In the 1980s, players weren't taking a stance," former Tottenham Hotspur player and current trustee of anti-racism campaign group Kick It Out, Garth Crooks, told CNN. "They're doing it now.

Twenty six years ago, players like John Barnes weren't taking a stance. They're doing it now. What does that signify?
Former Tottenham player Garth Crooks

"Barnes kicks it out of the way, Alves picks it up and eats it. In a show of defiance, it's his way of saying how stupid this is. This is a banana. That is all it signifies. You eat these things.

"There's a real message in there to the idiots, if they can see it. To the intelligent and educated, they will think we shouldn't have to endure that type of behavior in our football club. There's no place for it here."

Barcelona full-back Alves, who posted a clip of the incident on Instagram, is not the first player to ignore the taunts

Kevin-Prince Boateng walked off the pitch in 2013 after being abused by opposition fans during an AC Milan game in Italy, while other leading players like Manchester City's Yaya Toure, Samuel Eto'o of Chelsea and AC Milan's Mario Balotelli have all taken their own stances against racist abuse.

But it was Alves' response that struck a chord on social media, with the Brazilian's Barca teammate Neymar's vociferous in support of his club and international colleague.

"They're all prepared to say, stop you better do something about this or I walk," added Crooks.

"It will focus the supporters' minds [by players making a stance] and make them ask questions of themselves."

These days anti-racism campaign groups -- such as Kick It Out and Show Racism the Red Card -- are around to pressurize the football authorities when players like Alves are abused.

And such has been the progress in the fight against racist abuse that, according to one of the legends of the game, what happened to Alves at the El Madrigal Stadium remains an isolated incident.

"This is nothing. You have a lot of other problems, a lot of criminals. But in football, you have one crazy guy who says bad things."

Some might express surprise at Pele's comments -- given that both Liverpool's Suarez and Chelsea's John Terry have been found guilty by England's Football Association of racially abusing an opponent in recent high profile cases in England.

"It's embarrassed not just an international player, but a top Spanish club [Villarreal] and the entire Spanish Football Federation.

"It's all around the world, we're all taking about it. Top players are eating bananas and taking the mickey out of, not just the incident, but of Villarreal and the Spanish federation [Neymar's campaign]. They're mocking them, it's embarrassing."

Although Villarreal moved swiftly to hand a life ban to the fan responsible for throwing the banana at Alves, the Royal Spanish Football Federation has yet to make a decision on the case.

In the past neither world governing body FIFA or Europe's regulator UEFA have shown a willingness to act so decisively in dealing with racist abuse.

Given this is not the first time that Alves has been racially abused, the Brazilian argued Sunday's incident shone an unflattering spotlight on Spanish society.

"There is racism against foreigners. They sell the country as being first world but in certain things they are very backward," Alves told Brazil's Radio Globo. "If I could, I would put a photo of the fan on the internet so that he would be shamed."

Alves' suggestion that Spain is "backward" touches on the nub of the problem, according to Crooks.

"Football clubs are being left with the responsibility of educating their fans, and quite frankly that should have started years ago at school and in people's forms of employment," he said.

"How dare football fans, however isolated, come to someone's place of employment, whether it be entertainment or otherwise, and want to abuse other people's heroes."

To Pele, though, such abuse is only to be expected, given that some people in this world are always going to be less educated than others.

"I think it should be like that, as of course you have different people all over the world," he said.

Not, however, in Crooks' eyes.

"Pele accepted the situation [of racial abuse] as a player, as I did. He didn't have to play, he chose to play. He accepted the terms and conditions of his employment," he said.

"But there are players today who are not, and I think it's really important that we all understand that."

Read: Fan who threw banana at Alves given ban