Can Benfica finally lift the curse of Bela Guttman? 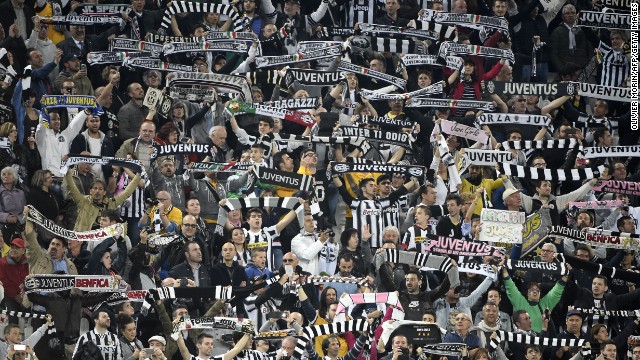 Juve's fans were in full voice before their Europa League semifinal with Benfica, the Italian side trailing 2-1 from the first leg. 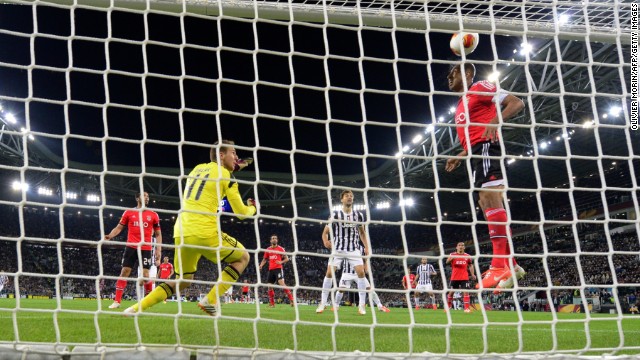 Veteran Benfica defender Luisao clears Arturo Vidal's header off the line to keep the score at 0-0 as Juve pushed hard for the goal they needed. 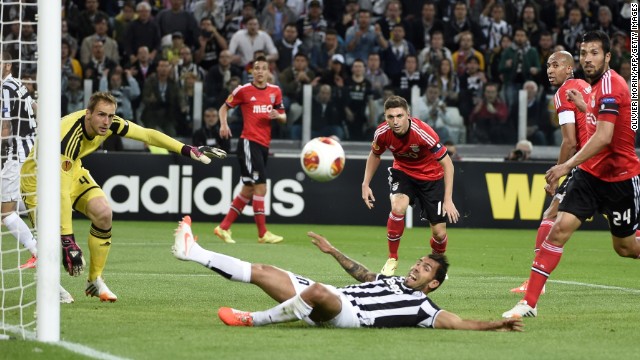 Carlos Tevez narrowly fails to connect with a right-wing cross as Benfica breathe a sigh of relief. 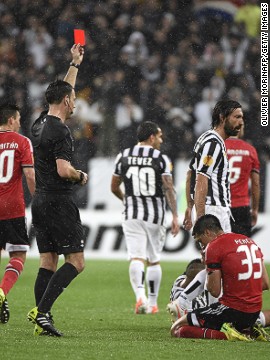 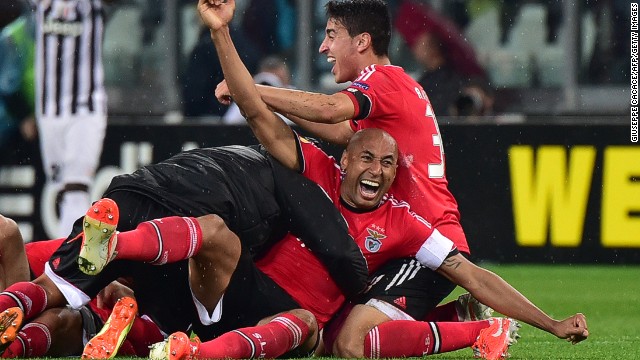 But Benfica held on and it was their players who celebrated booking a return to the Europa League final at the same stadium on May 14. 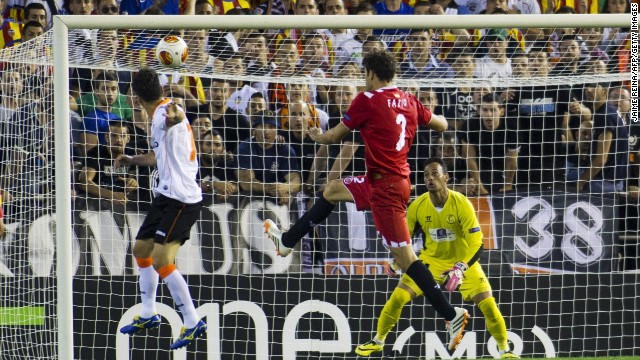 Valencia trailed fellow Spaniards Sevilla 2-0 from the first leg but after an early Sofiane Feghouli goal, forward Jonas' header finds the net via the crossbar and a touch from Sevilla goalkeeper Beto to level the tie. 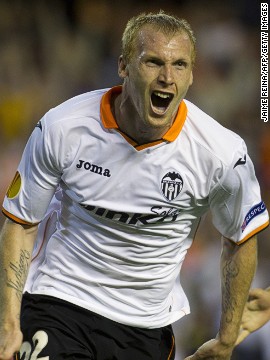 Valencia's French defender Jeremy Mathieu celebrates after putting Valencia 3-2 up on aggregate and within touching distance of the final. 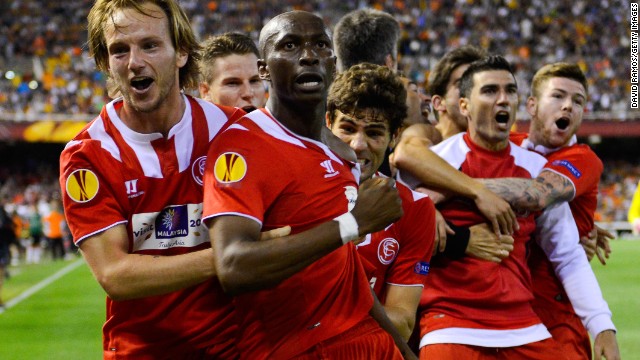 (CNN) -- It is another chance for Benfica to stare down the curse of Bela Guttmann.

Refused a pay rise after leading Benfica to a second successive European Cup triumph, the Jewish Hungarian declared the club would not succeed on the continent for 100 years.

It has held firm ever since, but perhaps on May 14, the spell will finally be laid to rest.

Benfica's modern stars battled and scrapped their way to a 0-0 draw at Juventus to book a Europa League final at the same venue next month with Spanish side Sevilla, who held off a valiant fightback from Valencia.

Perhaps it is Juventus who will now feel cursed.

The Old Lady were supposed to book a European coronation at their own footballing fortress, and while they remain unbeaten there all season that will come as little consolation.

Trailing 2-1 from the first leg in Lisbon, the best chance of a tight first half fell to Arturo Vidal, whose back post header was looping into the net before an intervention from Benfica center-back Luisao.

Juventus piled on the pressure in the second half, veteran midfielder Andrea Pirlo forcing Benfica goalkeeper Jan Oblak into a fine save.

The Old Lady's task got a tad easier with a little over 20 minutes to go when Enzo Perez picked up a second yellow card in the space of six minutes and was dismissed.

Two more red cards were shown, to unused Juventus substitute Mirko Vucinic and Benfica's Lazar Markovic, who had not long been replaced, as tempers flared on the bench.

After seven long minutes of injury time the final whistle sounded and Benfica booked their final berth for a second successive season.

The Guttmann curse reared its head again in 2013 when they lost the final to a header from Chelsea's Branislav Ivanovic with practically the last touch of the match.

Could Neymar join One Direction?

Sevilla will have plenty to say about that though, after they booked their place in a nerve shredding encounter with La Liga cousins Valencia.

Valencia wiped out their 2-0 deficit from the first leg inside 25 minutes at the famous Mestalla stadium.

Sofiane Feghouli's slaloming run ended with a powerful shot that deflected past Sevilla goalkeeper Beto and into the net with just 14 minutes on the clock.

Less than 10 minutes later, Jonas' bullet header from a left wing cross hit the bar but bounced in off the unfortunate Beto.

Valencia maintained the same high-pitched pace of attack in the second half and got their reward with 20 minutes to go as defender Jérémy Mathieu stabbed a corner into the roof of the net.

Sevilla won successive titles in the UEFA Cup, the forerunner of the Europa League, in 2006 and 2007 and only got their place in this year's competition after Malaga and Rayo Vallecano were forbidden from taking part.

It is now their task to ensure the curse of Bela Guttman lives on.