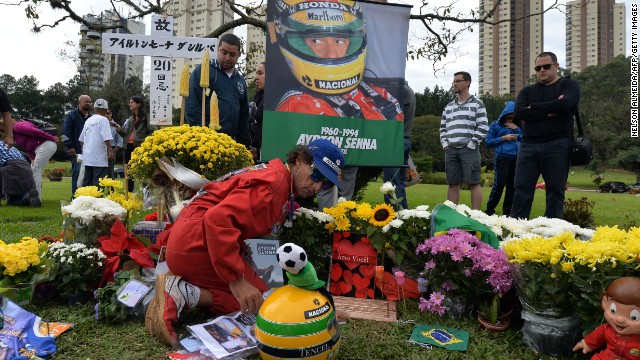 Fans have flocked to Ayrton Senna's grave in recent days to mark the 20th anniversary of the triple world champion's death. The Brazilian passed away after a crash at the Imola Circuit in 1994 during the San Marino Grand Prix. 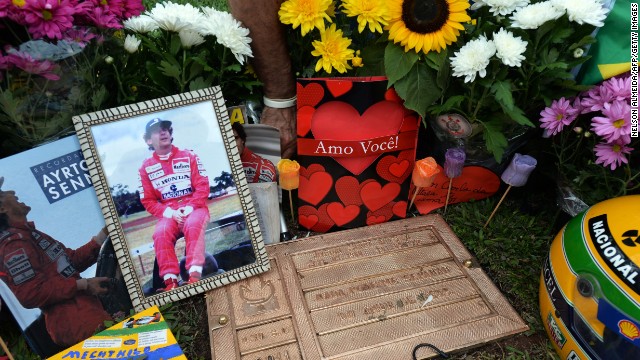 Senna is revered in his homeland for the style and passion he displayed during his three world championship wins. He is buried in the Murumbi Cemetery in his hometown of Sao Paulo. 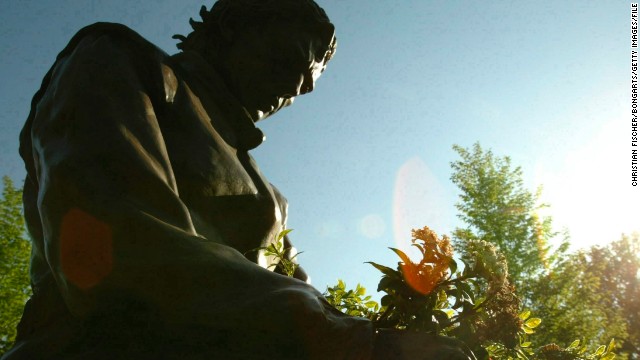 A monument to Senna's impact on Formula One stands at the Imola Circuit, close to where the 34-year-old fatally crashed. 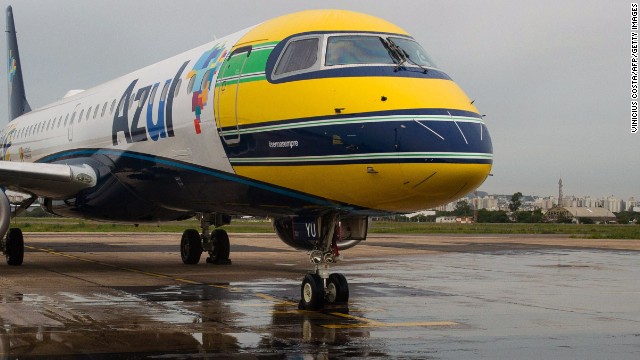 The Azul Brazilian airline unveiled an aircraft which bears the iconic color scheme of Senna's racing helmet on its nose. 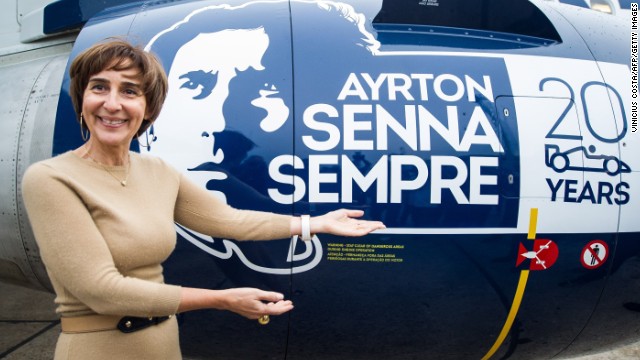 Senna's sister Viviane was on hand at the grand unveiling of the plane. She is the head of the Ayrton Senna Institute, which partners with major corporations to give educational opportunities to millions of children across Brazil 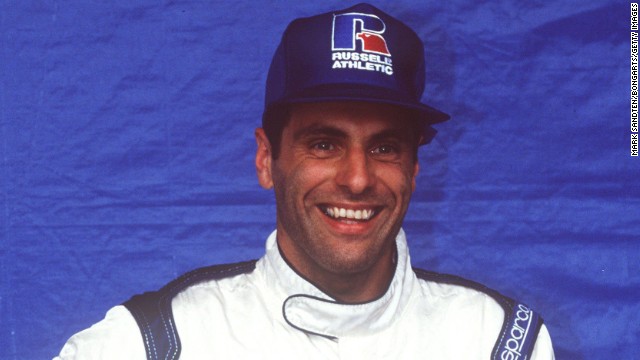 (CNN) -- He was a Formula One driver who transcended his sport and even 20 years after his death, Ayrton Senna commands the adoration of fans across the world.

This week marks the anniversary of the crash at the Imola Circuit in Italy which took the life of the Brazilian driver, just 24 hours after Austria's Roland Ratzenberger had suffered the same fate.

Tributes have poured in for both drivers, with a memorial service held at the track which claimed the lives of both men on Thursday.

A collection of motorsport legends past and present were in attendance, where a minute's silence was observed at 14:17 local time -- the exact time of Senna's accident two decades earlier.

Fans paid their own tributes to Senna, with many laying floral tributes at the feet of the bronze statue of the triple world champion which sits near the section of the track where he crashed.

Who is the greatest F1 driver ever? 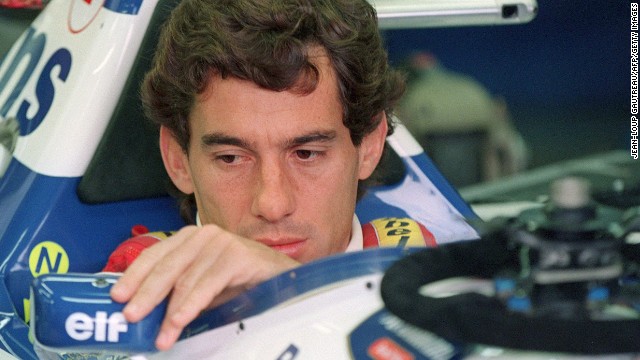 The 20th anniversary of the death of three-time Formula One world champion Ayrton Senna, who was killed in an accident during the 1994 San Marino Grand Prix, is marked on May 1. 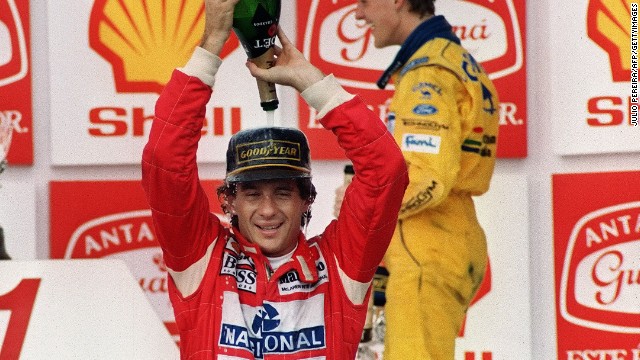 Senna is widely recognized as one of the sport's greatest ever drivers, having claimed 41 grand prix wins and 80 podium finishes during a 10-year F1 career. 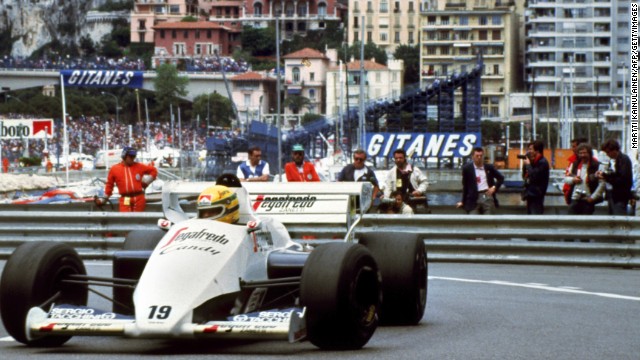 Senna -- born in Sao Paulo, Brazil on March 21 1960 -- made his F1 debut with Toleman in 1984, having previously impressed in karting and open-wheel racing. The Brazilian finished ninth in his maiden season. 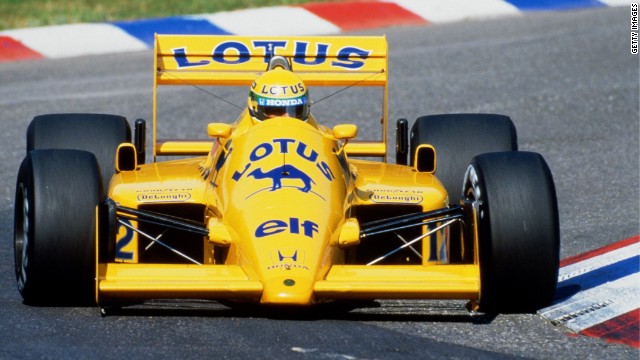 The Brazilian moved on to Lotus in 1985 and soon drove to his first grand prix victory in Portugal. Senna continued his ascendancy with the Lotus team and, in his final 1987 season with the team, he finished third in the drivers' championship. 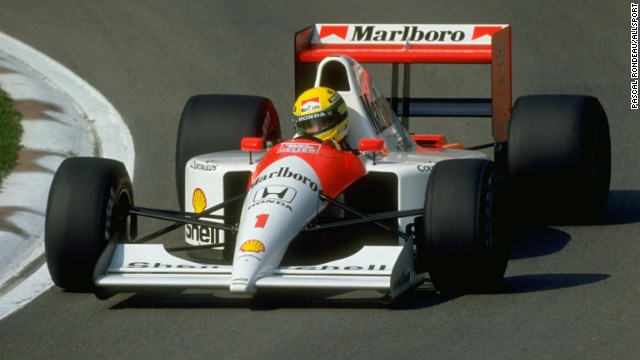 Senna signed for McLaren in 1988, where he would go on to enjoy the most prosperous period of his career. All three World Championships -- in 1988, 1990 and 1991 -- came during his six years with the English team. 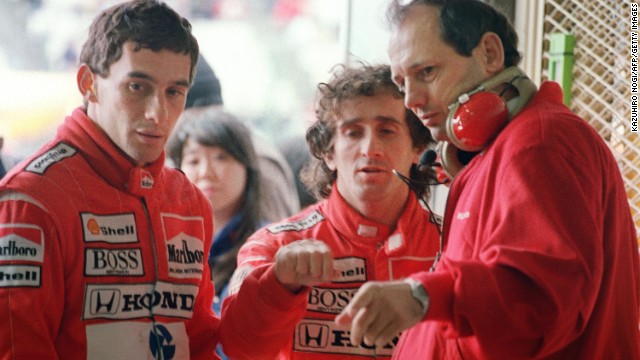 Senna was teamed with his arch-rival Alain Prost at McLaren, shown here with team principal Ron Dennis. The pair shared a fierce rivalry and were involved in a number of controversial collisions as they both vied for the world title. 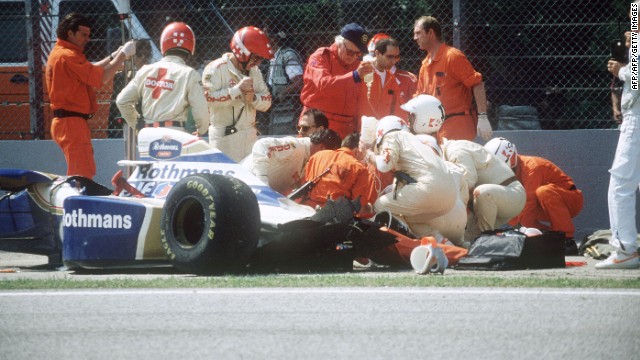 Senna joined the Williams team in 1994. He would go on to lose his life in the third race of the season at the San Marino Grand Prix, in the town of Imola. His car crashed into a concrete wall at the flat-out Tamburello corner having left the track at around 310 kph. 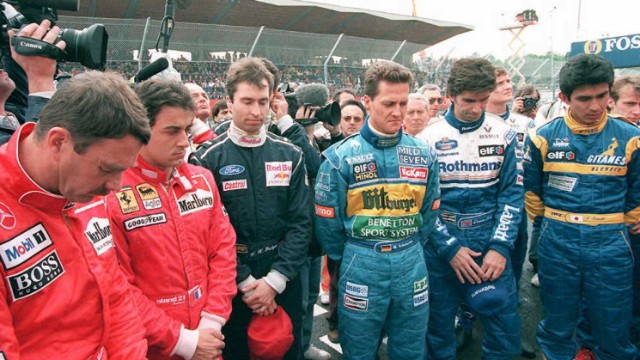 The death of Senna, the last driver killed during an F1 race, came the day after Austrian Roland Ratzenberger died during qualifying. Drivers observed a minute's silence to commemorate the first anniversary of the death of the pair moments before the start of the 1995 San Marino Grand Prix. 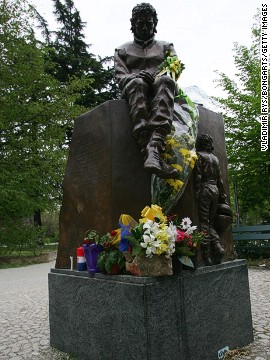 A memorial statue to Senna stands in the town of Imola, which is to host five days of events to commemorate the 20th anniversary of his death. 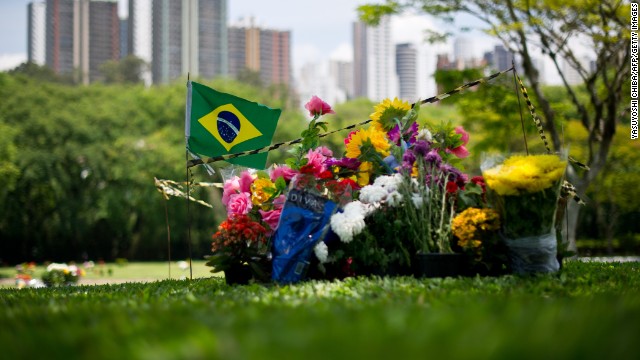 Ayrton Senna: Remembering the F1 star on the 20th anniversary of his death

It is two decades since the death of Roland Ratzenberger at Italy's Imola circuit. The Austrian Formula One driver was killed on April 30 1994, 24 hours before three-time world champion Ayrton Senna lost his life. 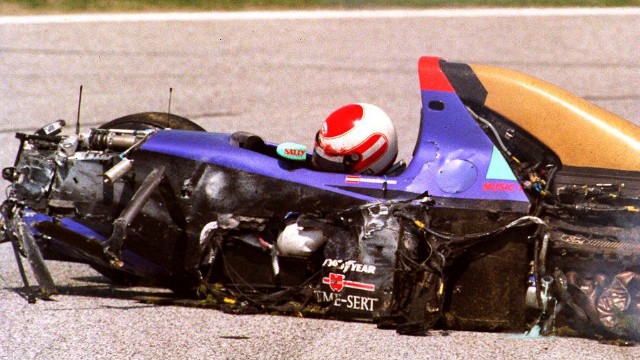 Ratzenberger crashed at about 200 mph during qualifying for the San Marino Grand Prix at the Imola race track and died as a result of his injuries. 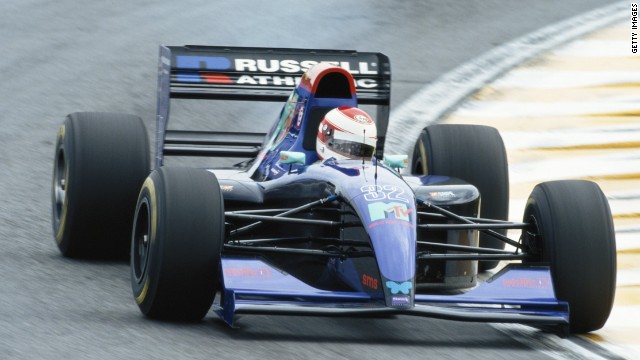 Ratzenberger had been battling for years to get into F1 but finally got his break at the Brazilian Grand Prix in 1994. 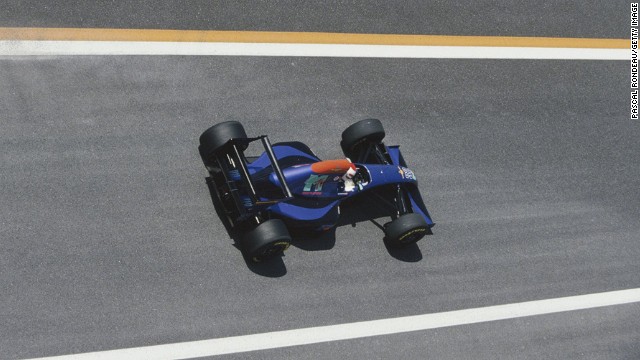 His sole race finish came at the Pacific Grand Prix in Aida, Japan where he crossed the line in 11th place -- two weeks before his death at Imola. 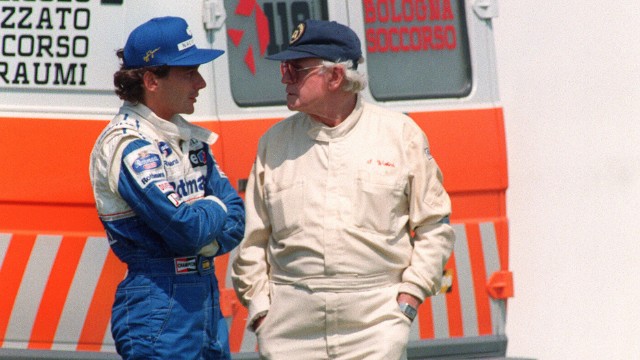 Ayrton Senna (left) -- seen here talking to to then F1 medical chief, Sid Watkins -- had planned to unfurl an Austrian flag in his honor at the end of Sunday's race.

Twenty years on from tragedy

Senna's passing was the last time a driver has died as a result of a crash at a grand prix, in a sport which in its formative decades had become infamous for driver fatalities.

"Senna was very important for Formula One, as a driver and a person and his death led to a rapid acceleration in the process of increasing the level of safety in our sport," Ferrari driver Kimi Raikkonen told the sport's official website.

"That has avoided other tragedies from occurring. Unfortunately however, one cannot change the past, neither for Ayrton nor for Roland Ratzenberger.

"The only thing we can do is remember this champion, whose exploits defined the history of Formula One for a long time."

The Imola Circuit will be open until Sunday for the public to pay their respects to the drivers.

Read: The life and death of F1's forgotten man

In Brazil, Senna's grave in the city of Sao Paulo was adorned with wreaths and bright bouquets. He was laid to rest in the Morumbi Cemetery.

Senna's sister Viviane, unveiled an Azul Brazilian airline aircraft with the colors of Senna's iconic yellow helmet on its nose.

Vivianne is the head of the Ayrton Senna Institute, which partners with major corporations to give educational opportunities to millions of children across Brazil.

Brazilian football team Corinthians paid tribute to one of the country's most famous sporting icons by walking out onto the pitch in replicas of Senna's brightly-colored helmet ahead of Wednesday's match against National AM.