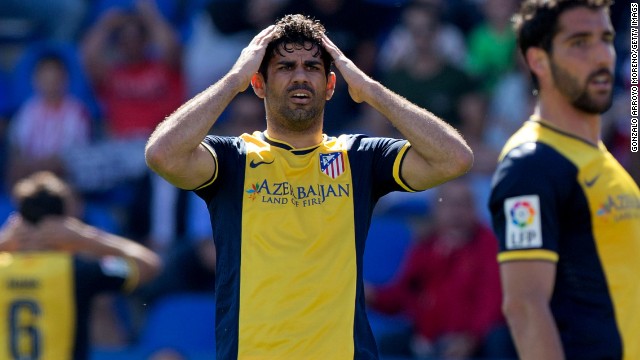 Diego Costa reacts in disbelief as Atletico Madrid slip to a shock 2-0 defeat to Levante in La Liga. 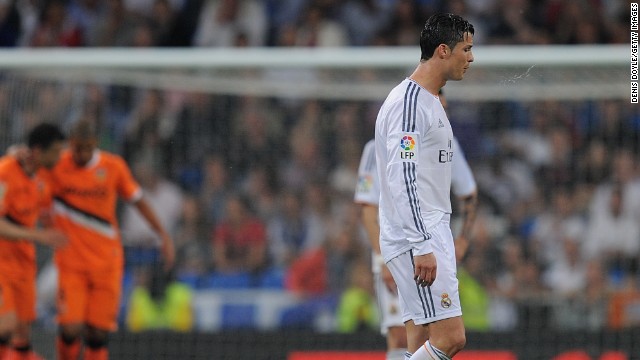 Cristiano Ronaldo reacts in disbelief as Valencia go 2-1 ahead in the Bernabeu in a vital La Liga match. 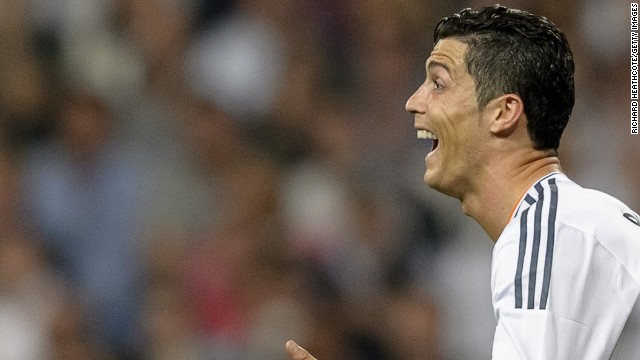 Ronaldo's misery turned to joy after he grabbed a superb late equalizer in the Bernabeu. 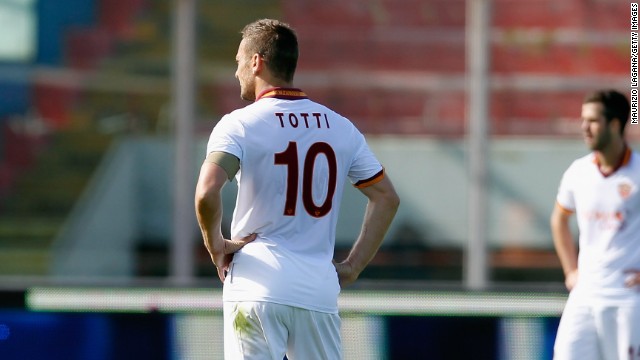 Roma captain Francesco Totti scored in the 4-1 defeat at Catania which finally ended his side's title hopes in Italy. 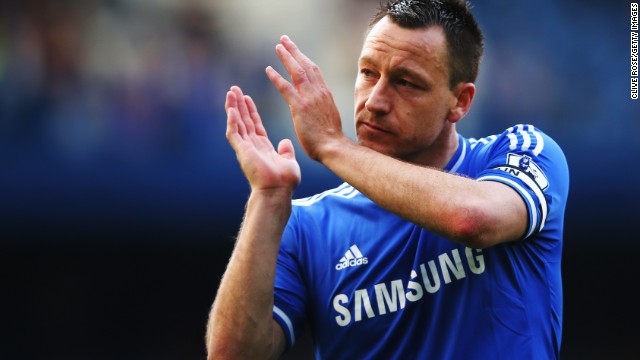 (CNN) -- Atletico Madrid had one hand on the La Liga trophy but an unexpected 2-0 defeat Sunday at Levante has thrown the three-way title race in Spain wide open again.

At the end of a momentous week which has seen Atletico reach the Champions League final for the second time, Diego Simeone's men came unstuck against the mid-table team based in Valencia.

Even now, hopes of a first domestic championship in 18 years remain in the hands of the Rojiblancos if they win their remaining two games -- at home to Malaga then crucially away to defending champions Barcelona.

City rivals and fellow Champions League finalists Real Madrid later failed to take full advantage of Atletico's defeat and needed an audacious late equalizer from Cristiano Ronaldo in a 2-2 draw against Valencia in the Bernabeu.

Real twice trailed to goals from Jeremy Mathieu and Dani Parejo only for Sergio Ramos and Ronaldo with a backheel from a Angel Di Maria cross in injury time to rescue their title hopes.

Barcelona, whose 2-2 draw at home to Getafe appeared to have ended their chances, will be hoping Real slip up again in their remaining three matches and that they can achieve a last-day win over Atletico in the Nou Camp to claim the title again.

Earlier, Levante went ahead against Atletico after seven minutes through a Filipe Luis own goal but were indebted to goalkeeper Keylor Navas for a string of fine saves to deny the visitors.

Read: Life ban for fan who threw banana at Alves

Desperately searching for an equalizer, Atletico were caught out with a quick break midway through the second half when David Barra converted from Victor Casadesus' cross.

Adrian Lopez, a hero in the midweek win at Chelsea in the Champions League semifinal, hit the post to sum up Atletico's day in front of goal, but they now face a nervous run-in.

In the English Premier League, the three-way title race effectively became two as Chelsea stumbled to a goalless draw at home to relegation haunted Norwich.

The draw at Stamford Bridge does little to help either side, with Chelsea now trailing leaders Manchester City and Liverpool by a point, but having played a game more.

It was a lackluster display by Jose Mourinho's men after the 3-1 setback against Atletico, although they were unlucky when Andre Schurrle and David Luiz hit the woodwork with efforts.

Norwich battled hard and had a first half penalty appeal turned away, but they are two points from safety and have played a game more than Sunderland, who are safe in 17th after a 1-0 win at Manchester United Saturday.

In the other match in the EPL Sunday, fourth-placed Arsenal beat West Bromwich Albion 1-0 with Olivier Giroud scoring the only goal in the first half.

The title race in Spain and England will almost certainly go down to the last round of matches, but in Italy Juventus wrapped up their third straight Serie A crown with three games to spare.

Juve did not need to take to the pitch as closest rivals Roma suffered a shock 4-1 defeat at Catania Sunday.

It left Roma eight points adrift of the leaders with only two more games to be played. Mariano Izco's double for Catania put them on the front foot before Roma skipper Francesco Totti pulled one back before the break.

Goals from Gonzalo Bergessio and Pablo Barrientos wrapped up the win for Catania in the second half to lift them off the bottom of the table.

Antonio Conte's newly-crowned champions will celebrate their latest Scudetto success and 30th in all with a home game against Atalanta Monday.