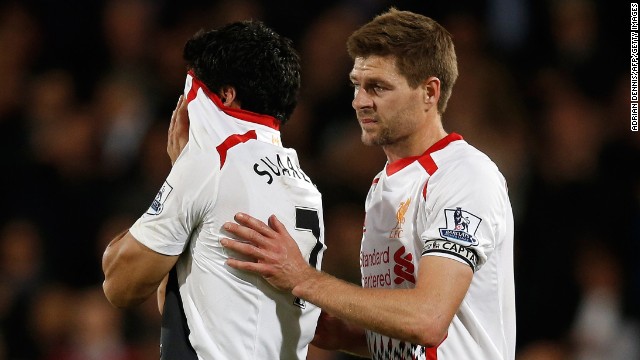 Luis Suarez was left in tears after Liverpool frittered away a three-goal lead to draw 3-3 with Crystal Palace. The result means Manchester City is now favorite to win the Premier League title. 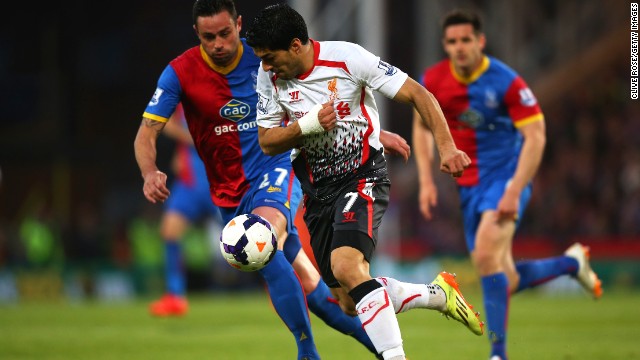 Suarez started for Liverpool on the day he was named as the Football Writers Player of the Year -- an award voted by football journalists. Liverpool began the day level on points with leader Manchester City on 80 points but with an inferior goal difference. 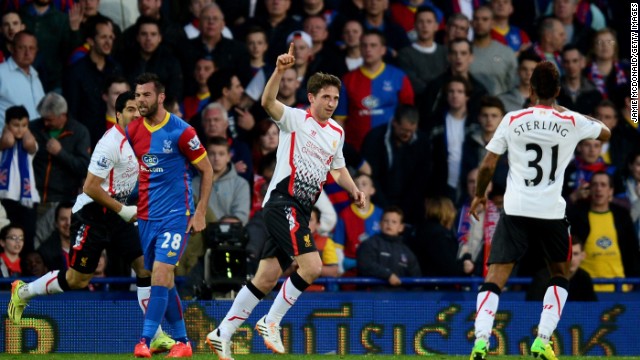 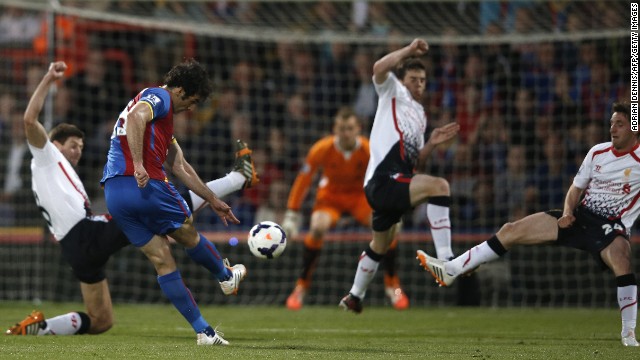 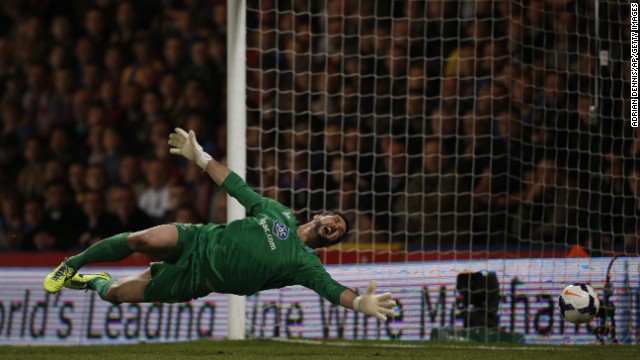 Julian Speroni was beaten for the second time when Daniel Sturridge's deflected effort made it 2-0 to Liverpool after the break. 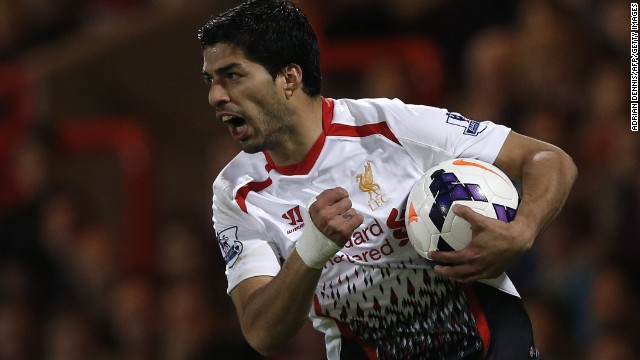 Suarez endured a disappointing night but looked to have wrapped up victory on 55 minutes by firing Liverpool into a three-goal lead. 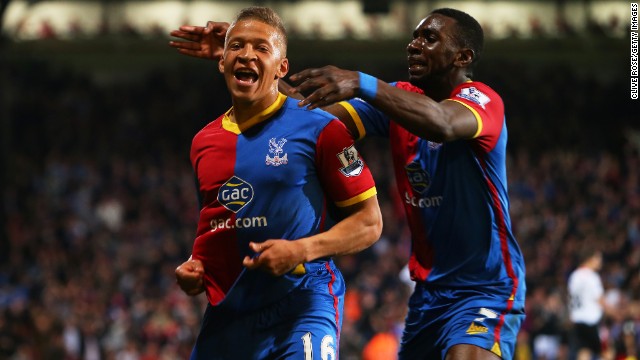 (CNN) -- They left the field with their heads bowed.

Looks of shock, anguish, disbelief spread like wildfire. It mattered little. They had blown it.

As Liverpool's players walked off the turf at Selhurst Park, the remnants of their title challenge were left in tatters.

In the space of nine second half minutes, Liverpool's hopes of winning a first league crown in 24 years were obliterated by a Crystal Palace side which continues to produce wonders.

Leading 3-0 courtesy of goals from Joe Allen, Daniel Sturridge and Luis Suarez, Liverpool appeared perfectly set to take the title race down to the final day of the season.

But Palace hit back in style -- scoring three dramatic, late goals to snatch a point and leave Manchester City in pole position to win its second Premier League crown.

"It is 99 goals we have scored, which is a phenomenal achievement by the team -- but you have to defend," Liverpool manager Brendan Rodgers told the BBC.

"It is no good scoring all those goals if you defend as we did tonight.

"There is no doubt. Manchester City will go on and win it. We needed to win to keep the pressure on going into the last game and we did not do that.

"You have to have that maturity to see it through and we did not do that. It was bitterly disappointing and I would expect Manchester City to go on and win their two home games.

"Congratulations to Crystal Palace, they produced a great fightback and punished our mistakes."

With 78 minutes of the contest having elapsed, Liverpool led 3-0 and was cruising to the top of the Premier League and a three point advantage.

Palace, a revelation under manager Tony Pulis, had rarely threatened and appeared to have run out of steam.

But what followed would have shocked even the most seasoned of football supporters as Liverpool imploded.

This was carnage -- carnage which would have been greeted with glee by those in the blue half of Manchester.

Merely a consolation, or so one thought.

Liverpool, whose defense has been fiercely criticized so often this season, appeared dazed and confused as if it had been hit with a right hook from a heavyweight boxer.

"For 75 minutes we were outstanding. We scored three goals, we created many chances, then we conceded with 12 minutes to go and we have to see the game out better than that.

"You cannot come here against a very good side, be the threat that we were and then defend as we did. It is criminal really.

It had been inconceivable that Liverpool would fail in such spectacular fashion following their impressive start to the second half.

Leading through Allen's first half header, Sturridge's deflected effort gave the visiting side a two-goal cushion before Suarez added a third in the 55th minute.

It looked as if Liverpool would simply continue to score at will, gradually chipping away at City's superior goal difference.

That it didn't owed much to the team's poor defending as much as Palace's grit and determination.

What a game , what a league , i love crystal palace so much now our turn to do the job

This result will surely allow City to take the crown -- but Rodgers is not giving up just yet.

He added: "We go top tonight as well, with 81 points with a week to go in the season and we are sat here devastated.

"We finished seventh last season. We are ahead of schedule. We have made great strides but I am certainly here to fight and win titles and I will be relentless in that.

"We are trying to build something sustainable. This season has shown we will be capable of doing that. Next year I believe we will make more strides forward and hopefully be up there challenging again."

Liverpool must now wait and see how Manchester City gets on against Aston Villa on Wednesday night.

Rodgers' side lead the table by one point but has played a game more.

Victory for City would leave it requiring victory in its final home game against West Ham to seal the title.

Meanwhile, in Italy, champion Juventus celebrated winning the title with a 1-0 victory over Atalanta.

Simone Padoin's 72nd minute strike was enough to give the home side all three points.

In the night's other game, Lazio was held to a 3-3 draw by Verona.