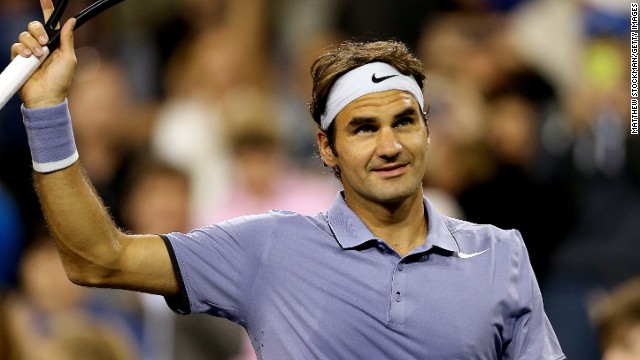 Roger Federer will not play at this year's Madrid Open.
STORY HIGHLIGHTS

Roger Federer welcomed another pair of twins into the world Tuesday after his wife Mirka gave birth to boys Leo and Lenny.

The Swiss star, who had earlier pulled of out the Madrid Open ahead of the impending birth, announced the news on Twitter.

Mirka and I are so incredibly happy to share that Leo and Lenny were born this evening! #TwinsAgain #Miracle

He tweeted: "Mirka and I are so incredibly happy to share that Leo and Lenny were born this evening!"

The 32-year-old revealed on Twitter on Christmas Eve that the Swiss sweethearts were expanding their family in 2014.

But Federer would not reveal his wife's due date or whether the couple were expecting another set of twins.

He will now swap new balls for new diapers although he hopes to be back on court in the near future.

"I apologize to my fans and hope to be back in Madrid next year. I'll be training near my home, and am excited to rejoin the Tour soon."

Federer, a three-time Madrid Open winner, will be replaced in the draw by Poland's Lukasz Kubot, event organizers have announced.

The Swiss played his last match three weeks ago in the final of the Monte-Carlo Masters, where he was defeated by compatriot Stanislas Wawrinka.

Novak Djokovic has already announced he will skip the clay-court event as he seeks to recover from an arm injury.

With the French Open just three weeks away, Federer will now likely have little time for competitive practice before the year's second grand slam begins.

The world No. 4 has previously intimated he would not play in the French if meant he may miss the birth of his child.