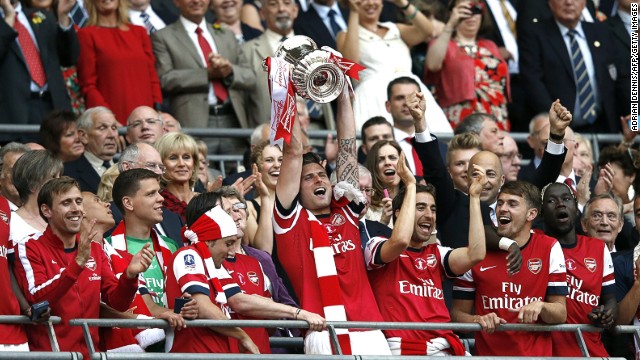 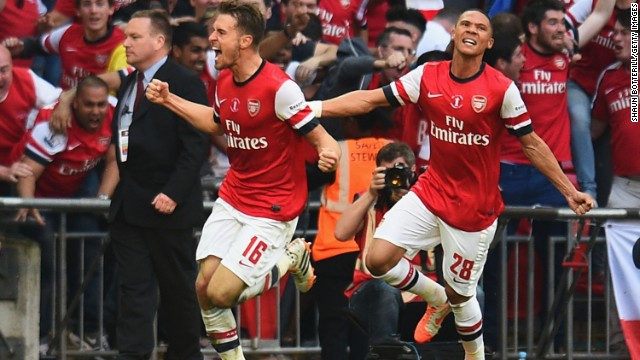 Aaron Ramsey (left) celebrates after scoring the winning goal for Arsenal against Hull City in the FA Cup final on Saturday. 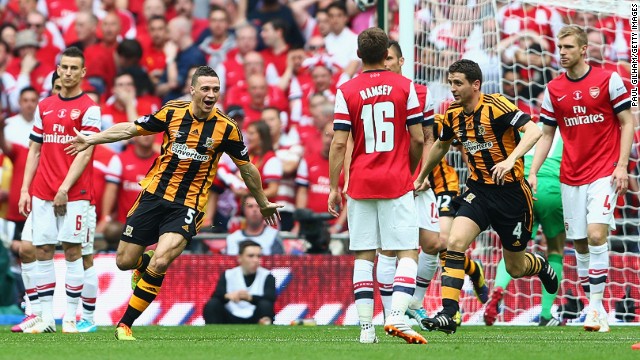 Hull City were 6/1 outsiders to lift the trophy but drew first blood in the 4th minute when centerback James Chester (left) directed the ball past Arsenal goalkeeper Łukasz Fabiański. 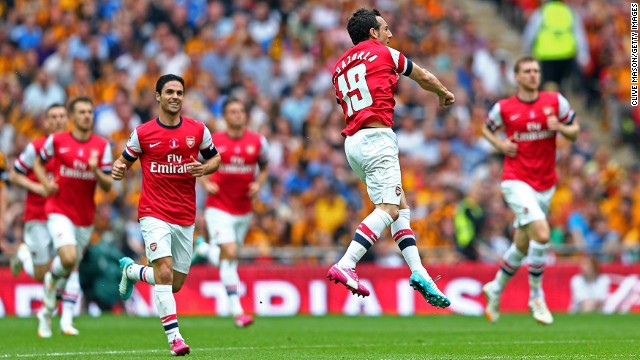 Santi Cazorla celebrates after scoring a brilliant freekick in the first half. 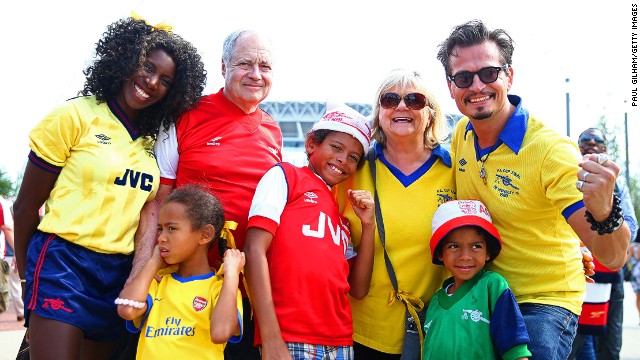 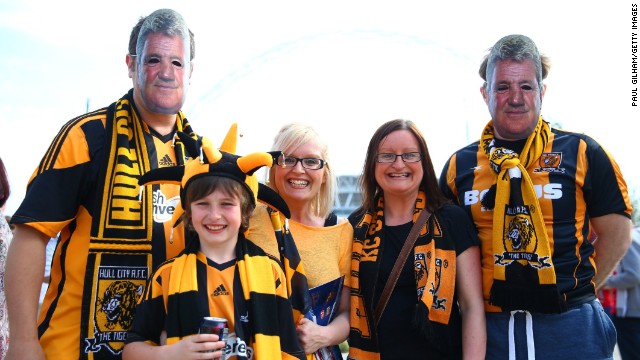 (CNN) -- Arsenal overturned a two-goal deficit to beat Hull City 3-2 after extra time in the FA Cup final at Wembley Stadium on Saturday.

Aaron Ramsey's strike in the 109th-minute sealed an 11th victory in England's premier cup competition and a first trophy in nine years for Arsene Wenger's side.

Unfancied Hull, who were playing in their first FA Cup final, raced into a 2-0 lead in a frantic opening to the match.

Five minutes later Curtis Davies found the back of the net again, side-footing home after the Polish keeper had deflected Alex Bruce's header onto the post.

Santi Cazorla halved the deficit with a superbly taken free-kick in the 17th minute, but Wenger's side remained second best for the remainder of the half as Hull successfully disrupted the north Londoner's usually fluent passing game.

Steve Bruce's men continued to frustrate Arsenal who were becoming more potent in open play, but it was another set piece that ended up unlocking Hull's defense -- Laurent Koscielny turning the ball in from a corner kick in the 71st minute.

Deadlock ensued for the remainder of normal time but as the game moved into the first extra period, it was Arsenal who grew in stature as Hull's players wilted.

Aaron Ramsey finally delivered the killer blow, firing a low shot past goalkeeper Allan McGregor to send Arsenal ahead for the first time in the match.

As the clock ticked down Hull searched gamely for an equalizer and nearly got one when Fabianski rushed out from his area, but substitute Sone Aluko's shot from a tight angle rolled agonizingly across the face of goal.

"I'm very happy for the players," Arsene Wenger told ITV Sport after the game. "I think it is a turning point in the lifespan of this team -- to know that they can win in that way was very important today."

"I have praised many times the spirit of this team and I'm very proud of them today," the 64-year-old added.

"Congratulations to Hull, they played fantastic for the whole game today. We won it in the end but they played very well."