Are you a psychopath? Take this test to find out

Ever wondered if you might be a psychopath? Maybe you are. But don't worry. Not all psychopaths are serial killers.

A new book called The Good Psychopath's Guide to Success claims that psychopathic traits can lead to success in life. "When we look at the psychopaths, we always look at the Hannibal Lecter type character, but it's a broad spectrum," former British Special Air Service soldier Andy McNab says. "And, without doubt, there's certain elements of being good and function that is an asset to CEOs around the world," he says.

McNab co-authored the book with Kevin Dutton, a psychologist with an expertise in psychopaths. When they first met, Dutton tested McNab and found out the former soldier scored high on the psychopath spectrum, the authors say.
But unlike the "Hannibal Lecter" kind of psychopath, McNab is able to control his psychopathic traits and use them to his advantage. The book, published last week, is teaching people how to do the same.

Answer the questions below to find out if you rate as a psychopath. 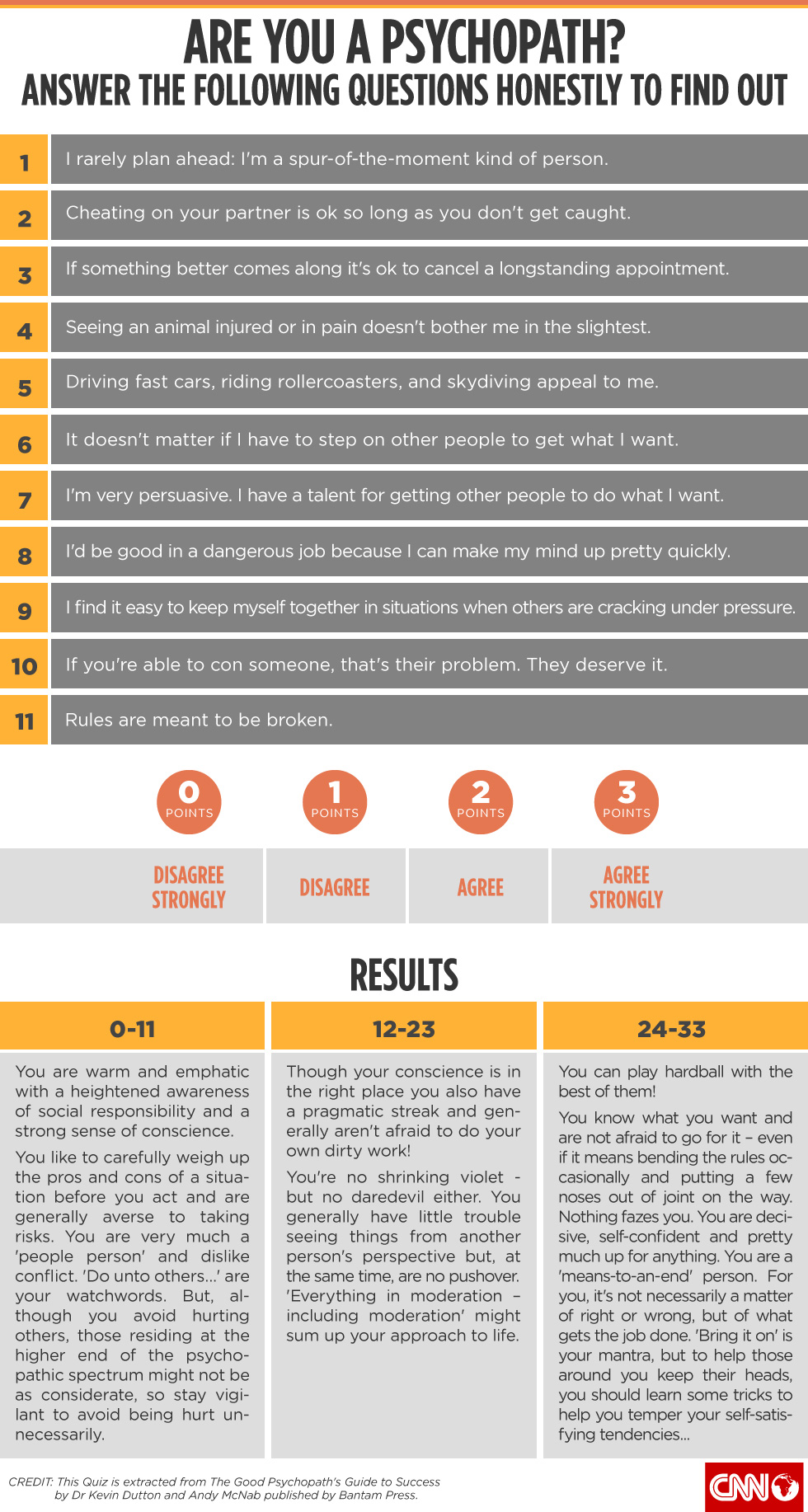 (CNN) -- Reading this on mobile? Click here to take the test.