Meet the armless table tennis champion who proves 'nothing is impossible' 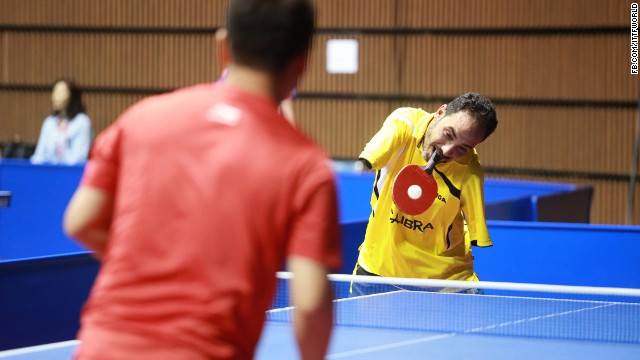 Hamadto started playing table tennis at 13, three years after losing both his arms in a train accident. 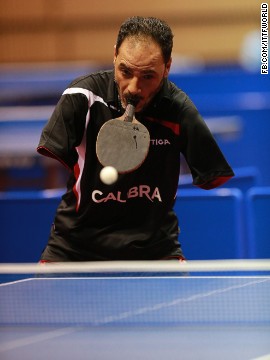 "It was quite difficult playing table tennis after the accident," says Hamadto. "I had to practice hard for three consecutive years on a daily basis. At the beginning, people were amazed and surprised seeing me playing. They encouraged and supported me a lot and they were very proud of my willing, perseverance and determination." 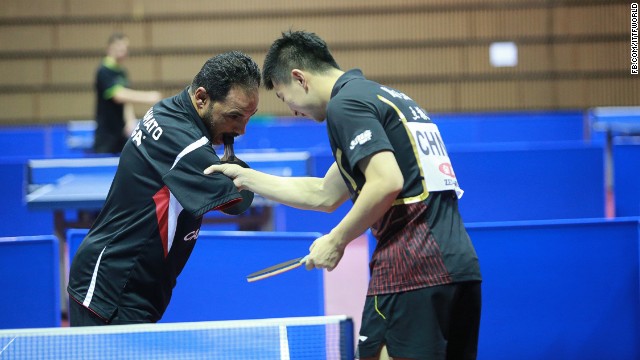 The 41-year-old was the guest of honor at the World Team Table Tennis Championships in Tokyo, Japan, earlier this month. 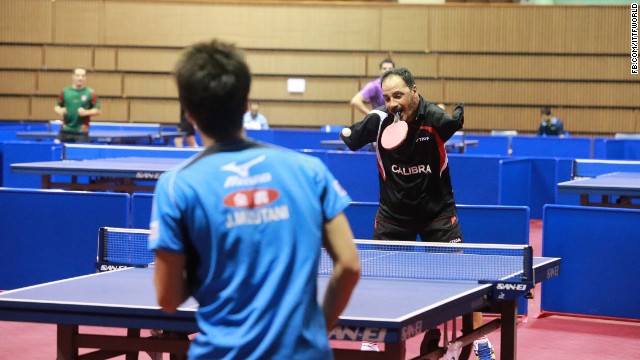 Hamadto's talent and determination shone through as he took on some of the biggest names in table tennis. 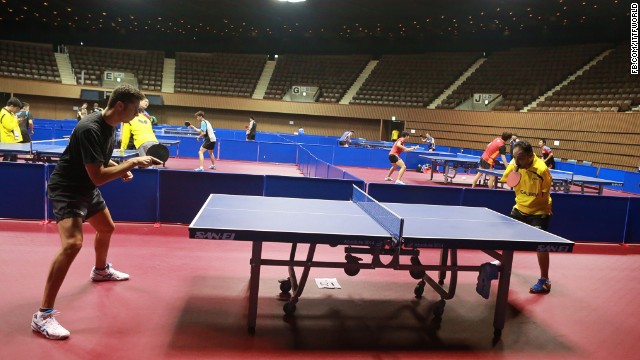 "Ibrahim is a very nice man with faith and perseverance," says Alaa Meshref, the president of Egyptian Table Tennis Federation, adding that his determination and perseverance prove "that insisting on your goal is always achievable."
HIDE CAPTION
Passion for table tennis
Defying all stereotypes
Work and determination
Showing his skills
Impressing opponents
Example for all
<<
<

(CNN) -- It's Ibrahim Hamadto's turn to serve. Holding the bat in his mouth, the Egyptian para-table tennis champion gets the rally going by flicking the ball up high with his right foot. Sinking through the air, the delicate white sphere meets his racket and comes out charging like a bullet with a powerful spin.

Hamadto, 41, is armless. He lost both his upper limbs in a train accident when he was just 10 years old. But the terrible misfortune didn't stop him from pushing himself to follow his dreams.

"In our village, we could only play, at that time, table tennis and soccer -- that's why I played both," Hamadto, who hails from Kafr Saad in northeastern Egypt, told CNN. "It was logic to play soccer first due to my case; then I played table tennis as a challenge."

Starting at 13, Hamadto spent years working hard to perfect his game -- initially he tried different options at gripping the bat, including holding it under his armpit, before deciding to handle it with his mouth.

"It was quite difficult playing table tennis after the accident," Hamadto recalled. "I had to practice hard for three consecutive years on a daily basis. At the beginning, people were amazed and surprised seeing me playing. They encouraged and supported me a lot and they were very proud of my willing, perseverance and determination."

People were also very proud of his athletic achievements. Hamadto, who is married and a father of three, has won several honors over the years, including the silver medal in the African Para-Table Tennis Championships last year.

Earlier this month, the Egyptian champion demonstrated his skills at the World Team Table Tennis Championships, held in Tokyo, Japan, where he was the guest of honor and played against some of the sport's biggest names.

I believe that nothing is impossible, as long as you work hard.
Ibrahim Hamadto, para-table tennis player

"Ibrahim is a very nice man with faith and perseverance," said Alaa Meshref, the president of Egyptian Table Tennis Federation. "He is very polite and modest. Although his circumstances, both financially and physically, are not that easy going, he never asked for anything," he added, going on to describe Hamadto as a role model for every young person.

"People without disabilities should learn more from him, as they always find excuses for minimal nuisances. They need to understand how he was able to conquer his tragedy and prove that insisting on your goal is always achievable."

Indeed, watching Hamadto playing, seeing the artistry in his game as he defends with panache and attacks with vigor, it's hard to disagree.

"I believe that nothing is impossible, as long as you work hard," said Hamadto. "This is the message I would like to send to people."