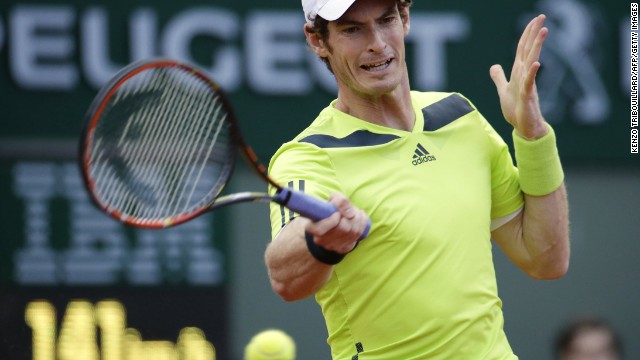 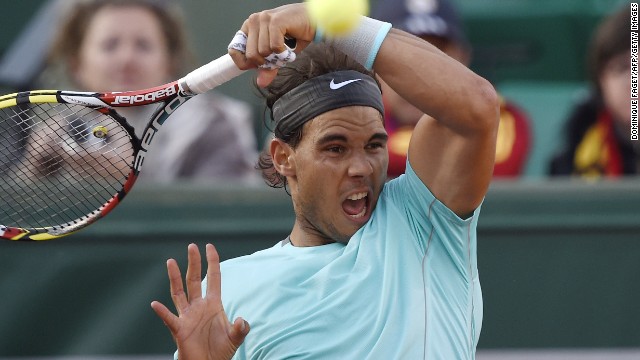 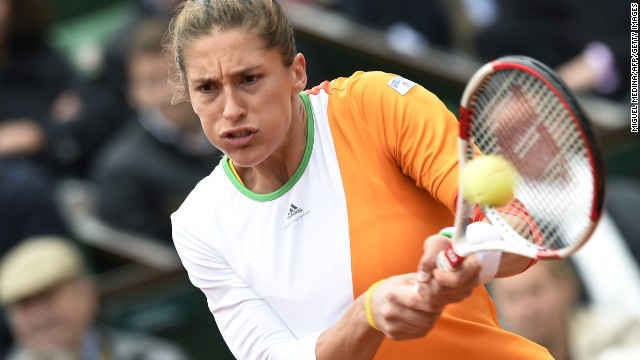 Andrea Petkovic booked her place in the semifinals of the French Open Wednesday with a 6-2 6-2 win over Italy's Sara Errani. The German, who contemplated retiring from tennis a year ago after suffering a number of injuries, will play Simona Halep for a place in the final. 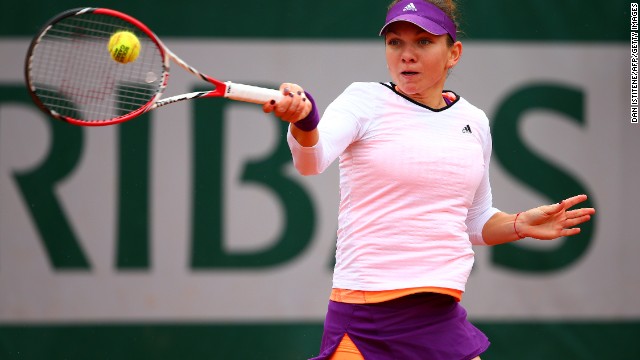 (CNN) -- If there is one man who knows how to spoil a Parisian party then it's Andy Murray.

While the majority of the 15,000 crowd packed inside Court Philippe Chatrier roared their home favorite Gael Monfils at every opportunity, their hopes of a French champion were extinguished once again.

This was a pulsating clash between two men straining every ounce of energy from their tired bodies and stretching every sinew.

Murray, so dominant for so long after taking the opening two sets 6-4 6-1, appeared set to return to his hotel early enough for a night out on the Champs-Élysées.

But Monfils, as infuriating as he is talented, did what he does best -- he entertained.

The Frenchman, playing to the crowd, took the next two sets 6-4 6-1 before imploding when the tie looked his for the taking.

Not since Yannick Noah was crowned champion in 1983 has France witnessed one of its own triumph on the clay.

Alas, the wait will now extend into a 32nd year.

Murray, who seemed to thrive on the partisan nature of the contest, eased to a 6-4 6-1 lead and seemingly had the match all wrapped up.

In 2012, Murray defeated Frenchman Richard Gasquet in a similar setting, and that experience appeared to allow him to settle rather quickly.

The World No.8, who was so impressive during his victory over Spain's Fernando Verdasco, looks to be far more comfortable with his game following a troublesome back injury.

Against Monfils, a player he often practiced with and competed against as a child, he showed a maturity which the Frenchman sometimes lacks.

Nobody can doubt Monfils' ability to entertain but with that comes a constant frustration to combine his style with substance.

After conceding the first set, Monfils lost the plot completely in the second before rallying to ensure he at least won a game.

The third was more competitive with the home crowd urging the World No.28 to respond and take the contest into a fourth set.

And their hero finally responded, converting the third of three set points to take the third 6-4.

With the momentum firmly behind him, Monfils broke to take a 4-1 lead in the fourth.

Suddenly, playing with the joie de vivre which had been missing earlier in the contest, Monfils appeared unstoppable.

He claimed the fourth set 6-1 and appeared set to apply the coup de grâce.

But just as the home crowd was about to celebrate a famous victory, Murray wrecked any thoughts of popping Champagne corks.

He swept Monfils away with disdain -- 6-0 to secure the match, finish the contest and throw down the gauntlet to his next opponent -- champion Rafael Nadal.

Can anybody stop Nadal? That's the question Murray will have to answer.

David Ferrer, the man vanquished in last year's final by the eight-time French Open champion, was the latest man to feel the wrath of the "King of Clay".

The World No.1, who was beaten at Monte Carlo in April by Ferrer, remains a huge favorite to win the title.

Andrea Petkovic nearly quit tennis a year ago -- now she stands on the verge of reaching a first grand slam final.

The German, who lost in qualifying at Roland Garros 12 months ago, made the last eight at three of the four grand slams in 2011.

But her career threatened to derail when she suffered back, knee and ankle injuries and spiraled down the rankings to 177 -- before returning to the tour in March 2013.

"Today I was in a real zone," says #Petkovic. "I stepped up my game when I needed to. That gives me confidence" #RG14 pic.twitter.com/P3hfwWhzms

"Today I was in a real zone," she told reporters.

"I stepped up my game when I needed to. That gives me confidence.

"I don't think I'm coming from nowhere to the semifinals. It's a very special moment, I haven't been there before."

Petkovic, who is the first German lady to reach the semifinals since Steffi Graf in 1999, now faces a showdown with Romania's Simona Halep.

Halep, the highest seed left in the draw, overcame 2009 champion Svetlana Kuznetsova of Russia 6-2 6-2 to claim a place the semifinal of a grand slam for the first time.

Halep, ranked fourth in the world, won the junior event on the clay in 2008 and is now hoping to do the double by winning the French Open proper.

"I felt very good on court. It was a perfect day for me. I played really well and stuck to my gameplan," she told reporters.

"I was very aggressive. I played very fast.

So it was a good match, and I'm really happy that now I can play in the semifinals in Paris."