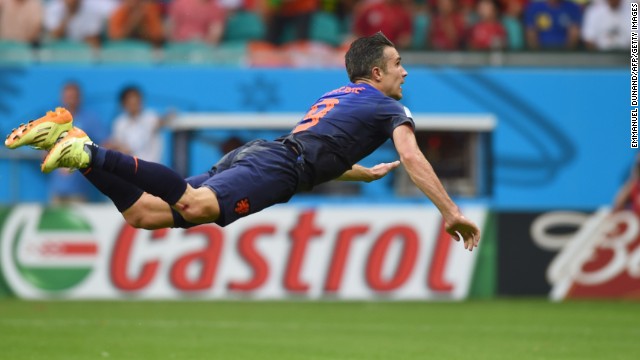 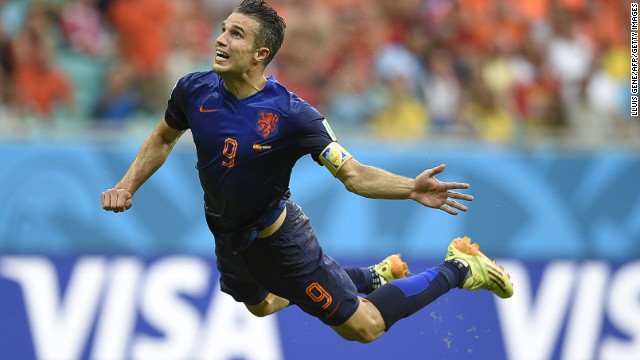 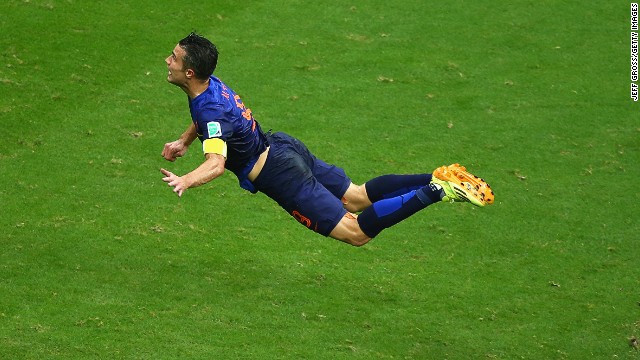 Van Persie's goal leveled Friday's match at 1-1, after which the Netherlands went on to beat the World Cup holders 5-1. 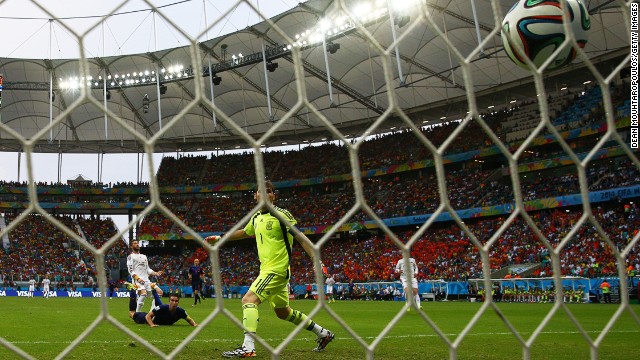 Van Persie's header began an embarrassing night for Spain's captain and goalkeeper Iker Casillas, who was at fault for two goals. 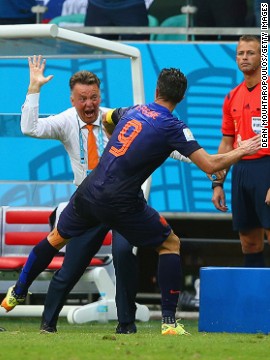 Have you tried "Persieing"? Join the global conversation on CNN's Facebook Pulse

Van Persie nodded delicately over Spain goalkeeper Iker Casillas while seemingly suspended in mid air to register one of the goals of the tournament.

Now Twitter is awash with soccer fans the world over recreating his "Flying Dutchman" pose.

Dutch DJ Armin van Buuren posted his tribute after a thumping win for Louis van Gaal's team, but the craze caught the imagination of both old and young.

This baby can barely walk, but it didn't stop him saluting Van Persie's wonder strike.

Not only was it a brilliant goal, it was also one that sparked a collapse from the World Cup holders.

After going in front thanks to a Xabi Alonso penalty, Spain fell apart after Van Persie's equalizer, going on to lose 5-1.

It meant Spain conceded more in its opening 90 minutes in Brazil than in its last 10 games at World Cups and European Championships combined.

Spain's captain and goalkeeper, Iker Casillas, was only 40 minutes away from besting legendary Italy goalkeeper Walter Zenga's record of 517 minutes without conceding during World Cup matches.