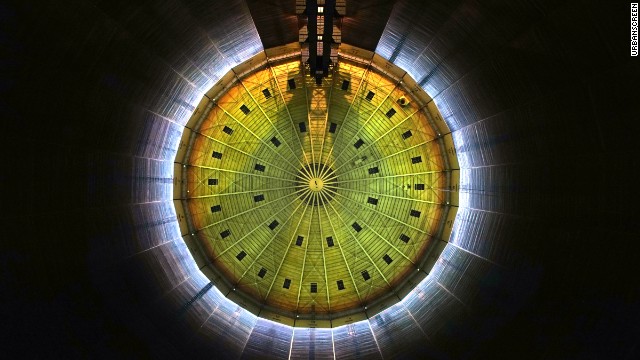 "320° Licht" - Installation at the Oberhausen Gasometer from Urbanscreen collective. 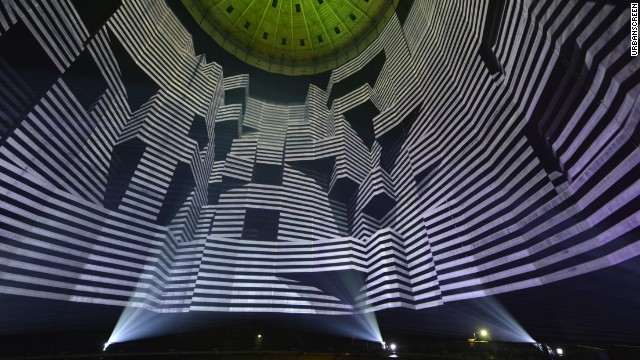 The installation covers 20,000 square meters - and is on display until December 2014. 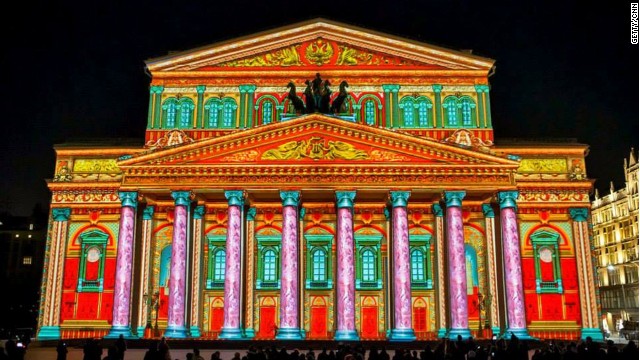 International Circle of Light Festival at the Bolshoi Theater. 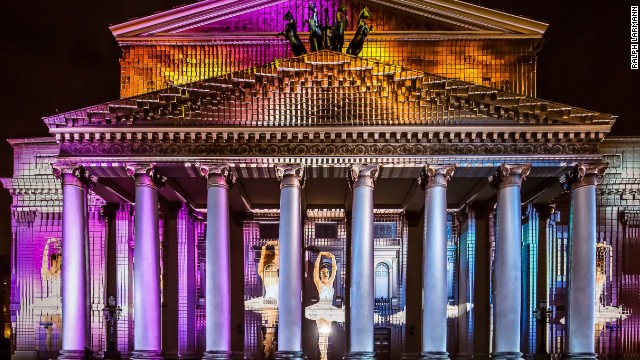 The production featured live actors interacting with the fantasy projections. 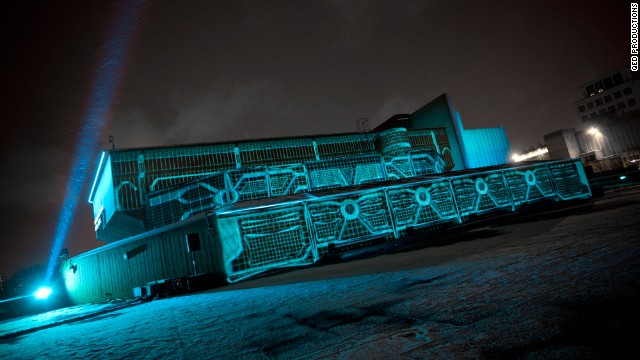 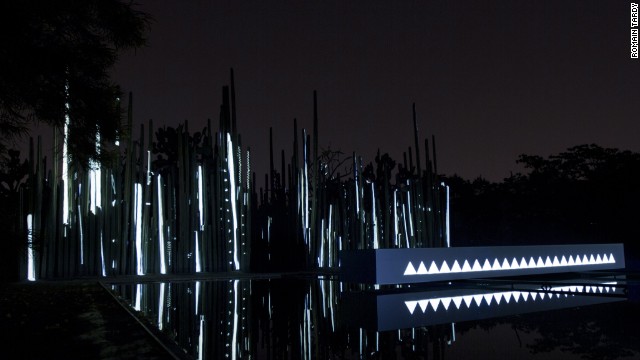 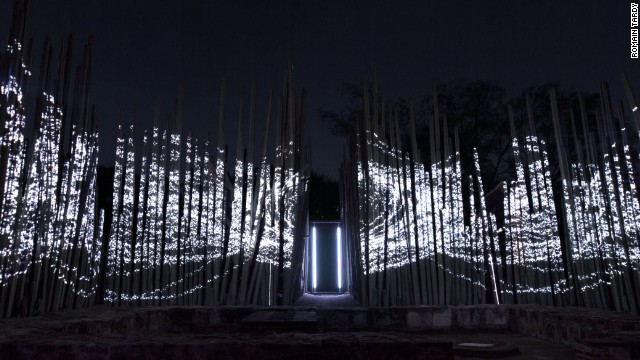 The installation was set in the Ethnobotanical Garden of Oaxaca, Mexico. 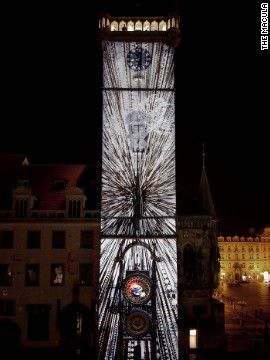 The Macula's depiction of the Prague Astrological Clock's 600-year history. 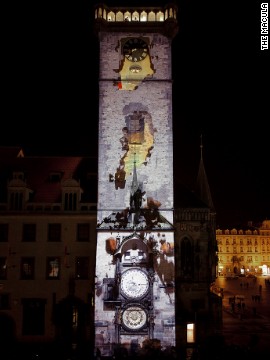 The no-holds-barred narrative features struggle, war and numerous explosions on the building facade. 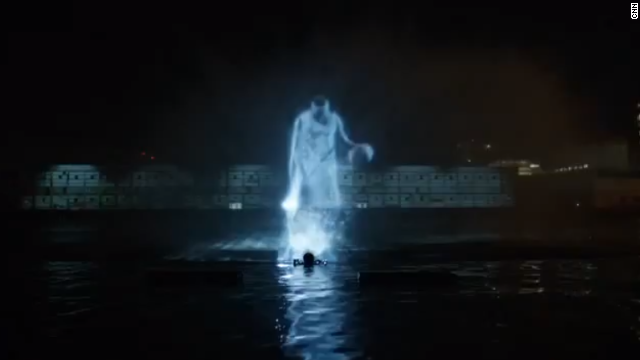 Using hydrotechnics and mist-based holographic projections, a 40-foot hologram of Carmelo Anthony was created in the Hudson River. 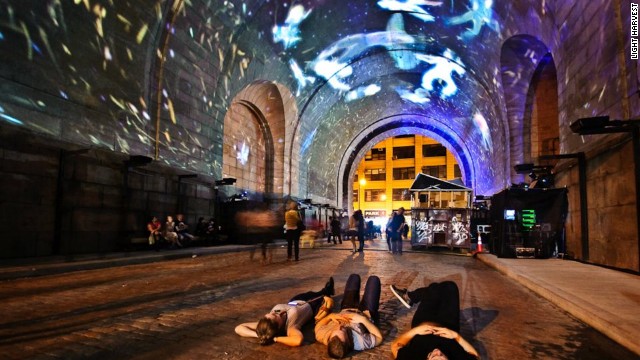 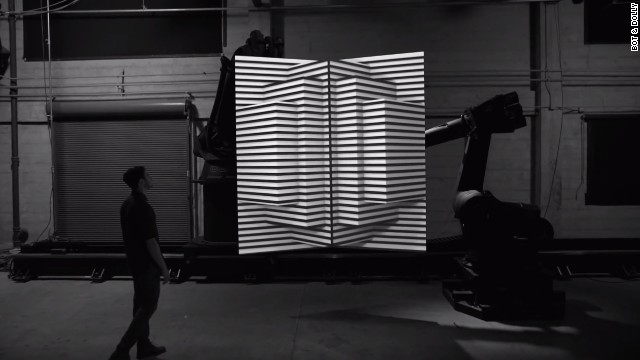 "Box" a groundbreaking short film from the team behind "Gravity" 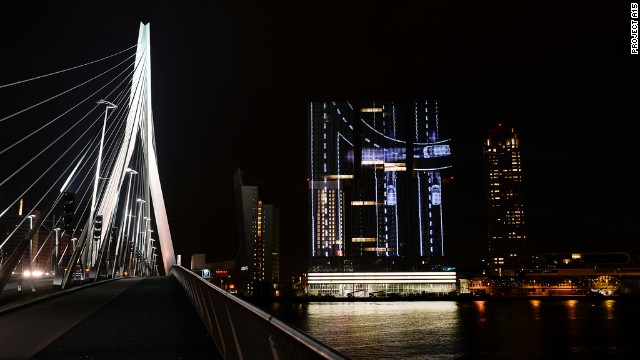 The A15 project, the largest projection mapping in Europe, on Rotterdam's largest skyscraper 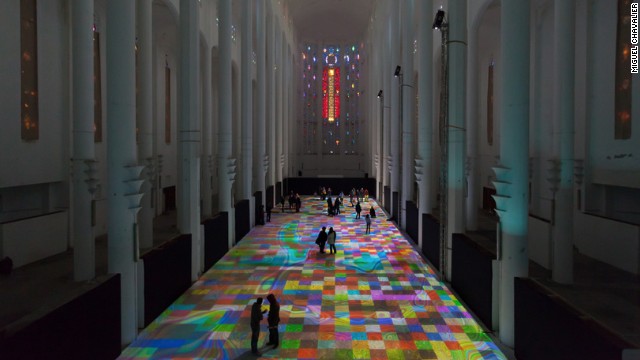 Editor's note: Make, Create, Innovate is a science and technology series that tells the stories behind the inventions and technological breakthroughs that are reshaping our world.

(CNN) -- Sydney has had a radical makeover this summer, with the famous Opera House dressed in snakeskin and the underpass dotted with flowers to mark the city's Vivid festival.

Such literal highlights are an increasingly pervasive feature of the urban environment as advances in projection mapping transform any surface into a living canvas, whether it's a cathedral floor or the Hudson River. From dramatic art installations to guerrilla advertising, competition within and across industries is driving up the wow factor.

Since the first known instance of projection onto a surface other than a screen in Disneyland 1969 and scattered experiments thereafter, the form has surged in popularity in recent years as technology advances and prices drop.

"Projection mapping has really exploded because projectors have become cheaper and brighter -- they used to be only found in conference rooms and only worked with the lights off", says Brett Jones, co-founder of Projection Mapping Central.

To give a taste of what is possible, and what's to come, here are our top 10 (those viewing on mobile can see the projections by following the links in bold)

Filling up the gas tank -- Urbanscreen

A collective known for stunning locations including a Polish church and heritage site, the German artists outdid themselves with installation "320° Licht" filling the 112-meter high former gas tank Gasometer Oberhausen. They used 21 projectors to beam animations across 20,000 square meters of the vast site.

Among the more audacious locations, the floor of the scared space of the Sacre Couer Cathedral in Casablanca, Morocco becomes a reactive pool of color for visitors to wander through. From Islamic mosaics to representations of biology, the artworks change constantly and move under footsteps.

Site-specific, audio-visual installation at the Ethnobotanical Garden of Oaxaca, Mexico. Moisture on the thorny plants light up with three interweaving patterns, combined with a matching soundtrack to create an immersive and otherworldly experience for audiences.

Distracting everybody from the Winter Olympics in Sochi, the International Circle of Light Festival in the Russian capital introduced human drama to the projection mapping genre. 'Fire evolution' at the Bolshoi Theatre featured its world famous ballerinas playing cat and mouse with 3D-projected trains and flames against ever-shifting backdrops set against the building, delivering narrative drama as well as spectacle.

Taking the form to new technical levels, this short film was the first to combine a live performance with 3D projection mapping performed by robots. The precision offered new possibilities for visual storytelling, honed by the artists' work on Oscar-winning movie 'Gravity'.

The Czech capital's oldest church, the Prague Clock Tower celebrated in style with this mould-breaking production from visual artists The Macula. Each facet of the structure plays a key role over 10 minutes of intensely detailed, multi-layered video mapping that charts its history from a bloody march through the Middle Ages to a man on the Moon, via repeated explosions.

Making water the surface of projection, this audacious promotion from Nike cast a Godzilla-sized hologram of basketball player Carmelo Anthony into New York's Hudson River. Clearly at home on all surfaces, the New York Knicks star runs through his full on-court repertoire topped off with a rousing 'splash dunk'.

Sequel to the 1980s classic, Tron: Legacy was promoted through a science-fiction landscape plastered across three surfaces of London's South Bank Centre. The effect was a maze environment familiar and much-loved by fans of the movie, and was almost as technically challenging as the on-screen production.


Drawn into the Light -- Light Harvest

An epic-scale collaboration between dozens of artists mapped out scenes against Manhattan Bridge, harnessing the detail in each brick. The installation included an interactive element with bystanders as cast members, able to influence the action with their movements or be dragged bodily into a floating stage.

Europe's largest video mapping yet, the exterior of De Rotterdam skyscraper plays host to 'The A15 Project' a conceptual animation depicting the largest freeway in the Netherlands re-imagined for a sustainable future. The building becomes a versatile player in the journey that plays out in the night sky for the whole city to see.

Would you live in a house made of sand and bacteria? It's a surprisingly good idea