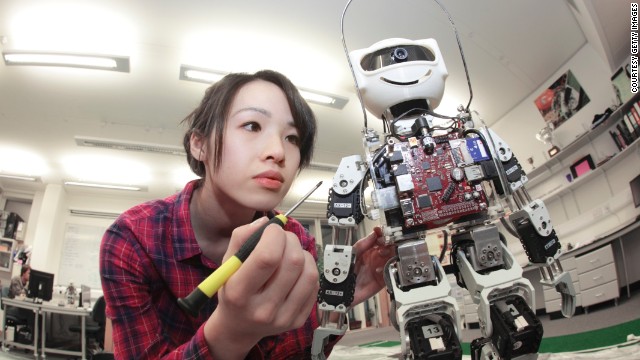 A woman working in robotics is the best-selling image of the collection in China. "There is such a dearth of women in STEM industries worldwide," says Pam Grossman, Director of Visual Trends at Getty Images. "We believe that showing more pictures of females with technical skills can help play a part in normalizing these images and promoting them in real life." 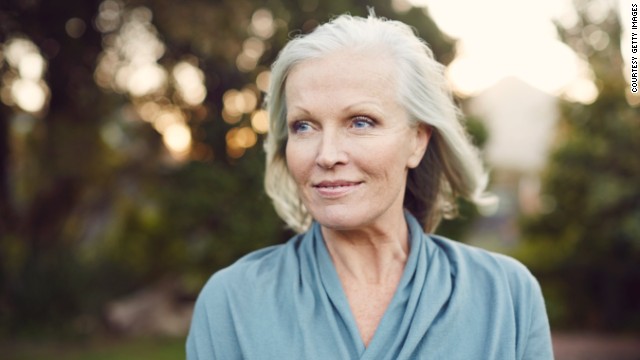 Older women feature heavily in the collection. This image here is the best-selling in the UK and celebrates women aging gracefully. "I love that you can see her wrinkles and her gray hair. She has such poise and grace, and looks completely comfortable in her own skin," notes Grossman. 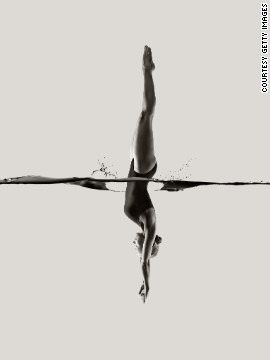 "It's so important that we show female athletes in imagery," says Grossman of the best-selling photo in Italy. "They're fantastic role models for one thing, and an image like this communicates such power, agility, and strength. This woman is anything but passive." 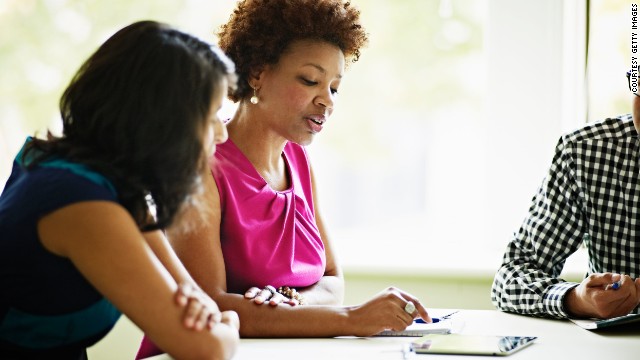 "Here we have two competent, stylish females of diverse backgrounds who are the protagonists of this picture, while their male colleague listens off to the side," says Grossman. "It's visual cues like these that seem small or subtle, but actually have a huge impact on what expectations we have about the ways in which men and women interact." This image outsold the others in the collection in South Africa. 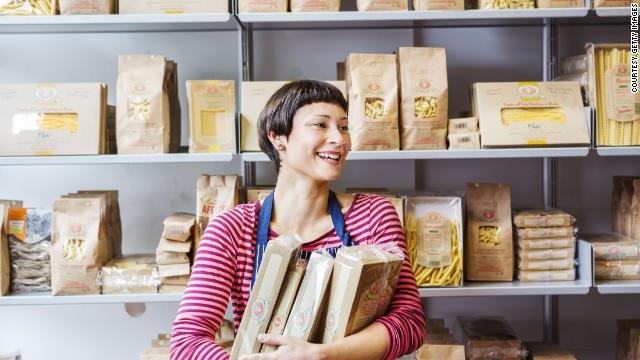 "Here's a female small business owner, who has her sleeves rolled up and her arms full," says Grossman. "I love that she has great personal style, and a strong sense of self. It's a picture about success, individuality, and being engaged in one's work." This was the most popular selling photo in Brazil and France. 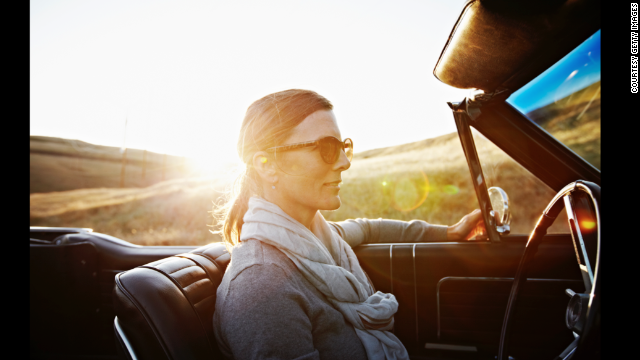 "I love this subject because she looks like she could be you or I," says journalist and "Lean In" contributing editor Jessica Bennett. "She's driving a car, in control of her destination, and she feels accessible and warm (the sun helps too). Is she married, single, an executive, an artist, or speeding off like Thelma and Louise? The image leaves enough ambiguity that you can create your own story for her." 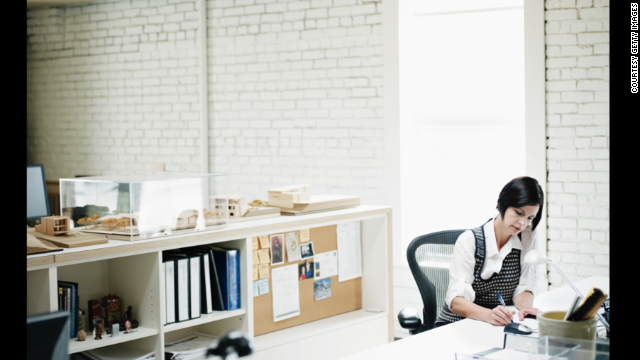 "She looks poised and confident -- and thank God she's not mugging it up for the camera," says Bennett. 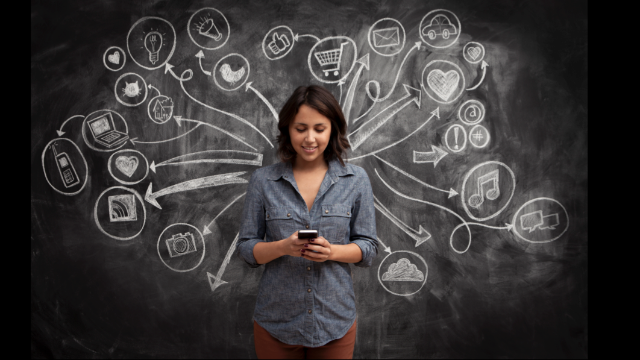 "This is a more conceptual image, and one about communication and connectivity. She's a woman of Hispanic descent with the entire world at her finger tips," says Pam Grossman. 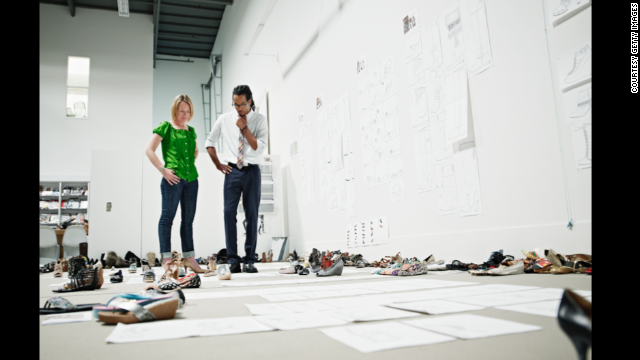 "This is an image that is very much about two people in the creative business field who are partners," says Grossman. "It's a visual story about collaboration, diversity, and vision. It's difficult to tell who the leader is here, which is completely intentional. The relationship between them is one of equality and symbiosis." Not surprisingly, this is the top selling image from the "Lean In" collection globally and in the U.S. 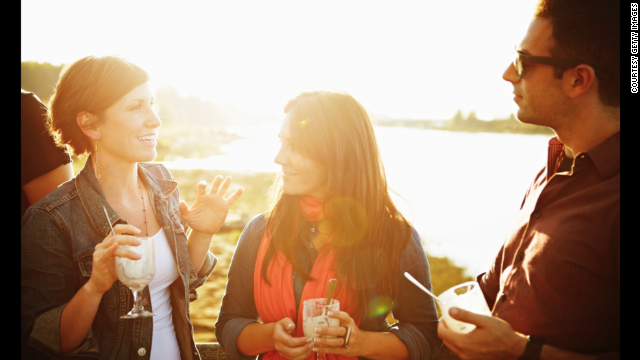 (CNN) -- It shouldn't be a surprise. An image of a woman holding her own, looking smart and strong in the workplace, is more inspiring than a photograph of a stressed female executive struggling with a briefcase and a howling baby.

But at a presentation Wednesday at the Cannes Lions advertising festival in France, Facebook COO and Lean In founder Sheryl Sandberg, and Getty co-founder and CEO Jonathan Klein revealed what had spurred them to create the Lean In collection, a curated selection of Getty imagery that shows women in a more diverse light - and revealed why it's better for business.

"We still live in a world - and this is a shocker," Sandberg said wryly, "but it's still overwhelmingly run by men.

"Less than six percent of CEOs in any country, including the [United States], are women."

"There is huge cultural variety around the world," Sandberg continued, "But the stereotypes of men and women are actually exactly the same.

"As human beings when something surprises us, or goes against our expectations, we dislike it. So if we show images of women leading, we actually change this."

Klein said, "There is nothing more powerful than an image that captures something in the moment ... that gets people to change their minds."

The Lean in/Getty partnership, which launched in February, was greenlit by Sandberg when Getty's Pamela Grossman and Lean In's Jessica Bennett presented Getty findings that suggested commercial clients were starting to look for a broader representation of women to use in their creative.

And it's working. Getty has seen sales of the images in the 2,500-strong collection -- all of which were previously available -- jump by 54%. "I wish we could see that pattern repeated across the entire Getty archive," joked Klein.

Lean In's push for a wider diversity of imagery in the media is part of a broader commercial trend towards a presentation of womanhood that's more reflective of the lives of real women. Sandberg, who attributes this to the appeal of authentic user-generated content on social media, highlighted the groundbreaking example of Dove's "Real Beauty" campaign, which celebrated a wide variety of female body types in addition to the lean silhouette traditionally favored by the media.

Dove's recent Father's Day advertisement for Dove Men+Care shone a light on the positive contribution of men at home and gained over 10 million views.

She also pointed to more recent examples such as Pantene's "Labels against Women" viral hit, produced for P&G Pantene by BBD Guerrero, Manila, that highlighted the different words ("persuasive" vs "pushy," "dedicated" vs "selfish") applied to high achieving men and women.

The Pantene Philippines advertisement's 46 million views boosted brand favorability, especially in women aged 18-24, and increased engagement with the brand by over four times, according to the agency. Its follow-up,"Not Sorry," which launched Wednesday also, leverages the success of the popular #sorrynotsorry hashtag and questions why women feel the need to constantly apologize. It's widely expected to repeat the success of its predecessor.

Pantene's follow-up video to its "Labels Against Women" viral hit, "Not Sorry," is expected by the industry to go viral like its predecessor.

Sandberg then challenged the audience of advertisers and agencies to reflect a more representative world in their creative, citing their potential reach.

"Bestselling books will sell two million copies," she said. "The first Pantene advert got 46 million views. [The campaign will] have reached 40 million people by the time the [latest] campaign is done.