Apparently This Matters: My Kids Suck 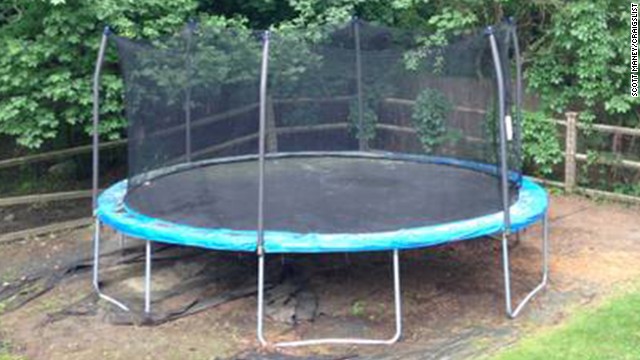 (CNN) -- There are two good reasons to own a giant trampoline.

The first is for bouncing super-duper high to spy on your weirdo neighbors, what with the constant sound of all that slapping leather.

And the second reason is because you're fearlessly young and enjoy the occasional compound fracture.

You know how kids are.

"I'll show you my tibia if you show me yours."

But the pleasures that come from owning your own spring-loaded backyard injury machine only last a short time. Roughly about an hour. Maybe longer if you use it without pants.

But then it just becomes this thing that sits in the sun and collects leaves.

Which is exactly what happened for Scott Maney of Wellesley, Massachusetts.

So Maney finally decided to sell his trampoline on Craigslist, and in the process, used it as a beautiful opportunity to crap all over his wonderful kids.

Naturally, the Internet loved it.

His June 8 Craigslist headline reads "My Kids Suck" and the ad begins like this:

"They begged. They pleaded. They told me how they'd use it EVERY day. How our house would become THE place to hang out. We had a hot tub. And a basketball court. And a fire pit. And a hammock. But if we had THIS, well, we'd be rock stars."

Here, Maney refers to his three aforementioned wonderful kids -- his self-proclaimed "Irish triplets" -- who are now 18, 16, and 14.

He bought the trampoline two years ago for them, sort of as an apology after his family relocated to Wellesley from Chicago. The kids weren't happy, and he tried to make it up to them.

Maney explains this in the ad:

"Plus since I "messed up their lives" by moving them here in middle school, I owed them at least this much. God, dad."

Besides, in the outdoor space which would eventually become the trampoline's quiet home of sadness and neglect, the previous homeowners had left behind a play set.

"The kids were too old for that already, and the dog kept pooping in the sand box," Maney told me. "I knew it had to go."

"So I caved. And I bought it. And I built it. And that first night they jumped." 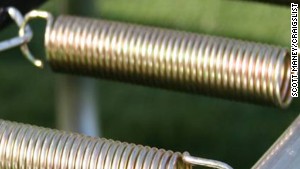 THEY jumped. Maney, in fact, did not.

"Are you nuts? You know how dangerous those things are? That's got torn ACL written all over it."

Next, the ad gets rather sad and sentimental. He wrote:

At which point Maney's brief poetic aside comes to an abrupt stop:

Maney drove this point home, telling me that he wasn't even sure if any of his kids had been on the trampoline in over a year. Maybe just him when he swept off the leaves to take pictures for the ad.

"So after two years of sitting in my window staring out like a creepy old neighbor, I am selling it to make room for gardenias or tomato plants or a stockade jail to house three grumpy teenagers. Haven't decided yet."

The trampoline sold in less than 24 hours. 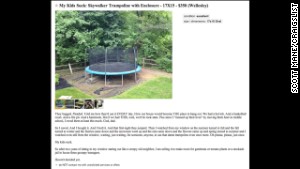 To avoid future situations like this, try poking around the official Reddit support group for being r/childfree.

Which, of course, was great.

But the reactions he got online were ever better.

His ad was on online hit.

"I've worked in the advertising business for 20-plus years and never had a piece of content go truly viral," he said. "I write one Craigslist ad..."

Now he's had a taste. And it feels good.

In fact, Maney's thinking of seeing if lightning can strike twice.

"I'm scouring the house looking for that French horn. My Kids Suck, Part 2."