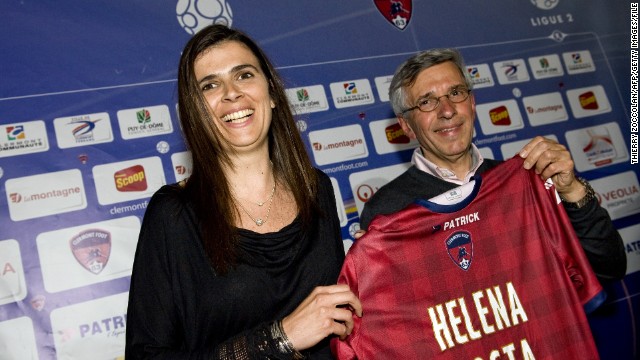 In May, Clermont appointed Costa, who was previously in charge of the Iran women's national team, as the club's manager for next season.

Clermont president Claude Michy described the 36-year-old Portuguese's decision as "sudden and surprising," though no explanation was given for her change of heart.

In a statement published on the club's website Michy added: "I deeply regret this situation. I thank all those who have supported me and I am most grateful. The operation of the club will continue with other stakeholders to prepare for the new season."

Costa would have been the first female coach of a French professional football club, while her appointment represented the first time a team in the top two divisions of one of Europe's big five leagues -- Spain, Germany, England, Italy and France -- had hired a female manager.

A sports science graduate, Costa had worked with the Iran and Qatar women's national teams, while she also led Benfica's male youth team to two World Youth titles. She also spent time as a scout with Scottish club Celtic.

Former England women's national team manager Hope Powell was linked with the Grimsby job in 2009, although she denied that she was ever in the running for the post.

Maria Jose Claramunt, meanwhile, is currently the director of the Spanish national team, however, she is responsible for marketing issues rather than sporting ones.