Down over 120 pounds, she's running but no longer hiding 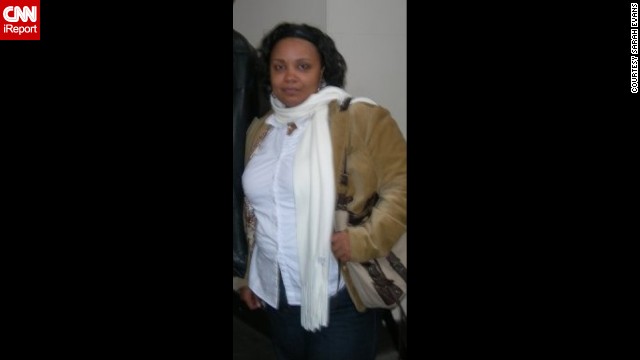 Sarah Evans of Shreveport, Louisiana, lost 120 pounds in 19 months. This photo, taken in December 2008, shows her before her transformation. 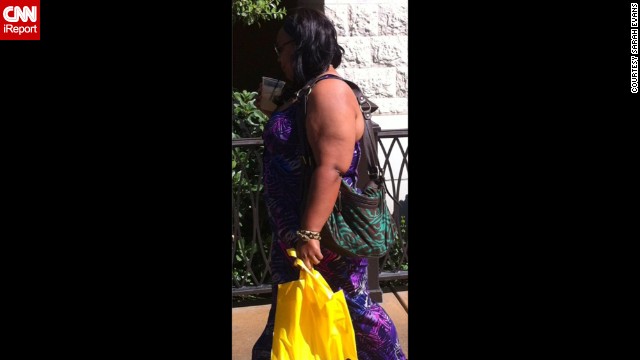 Evans decided to lose weight after her 30th birthday weekend in Las Vegas in September 2012. At the time she weighed 248 pounds. 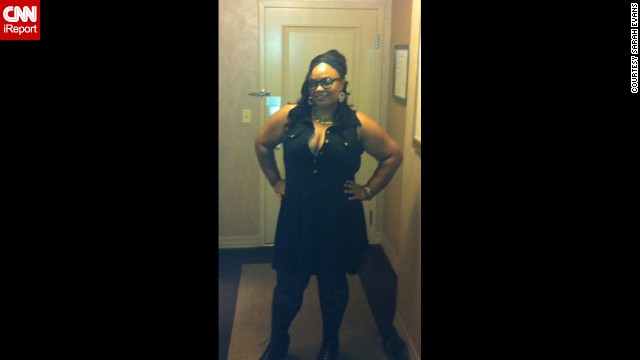 On the Las Vegas trip, Evans said her thighs were constantly chafing, and she hated how she looked in every photo. 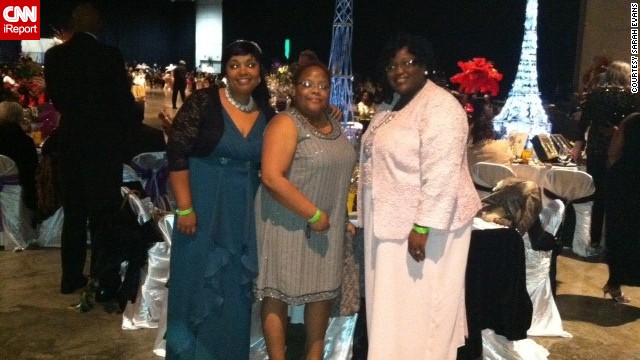 Evans, left, started walking, then running. A few months later she was encouraged by her progress. 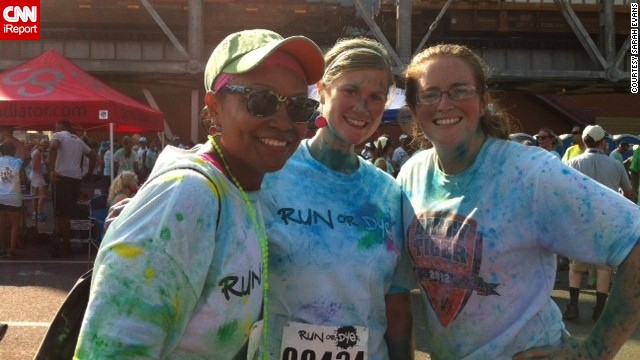 Evans credits most of her success to running. She participated in the "Run or Dye" race in Shreveport on September 7, 2013. 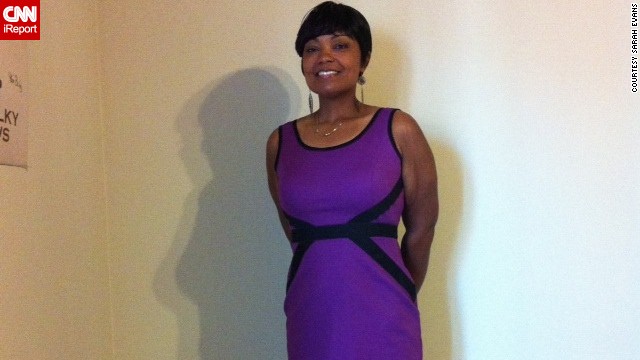 As the pounds fell off, Evans gained more confidence, posing for this photo before going to church in 2013. 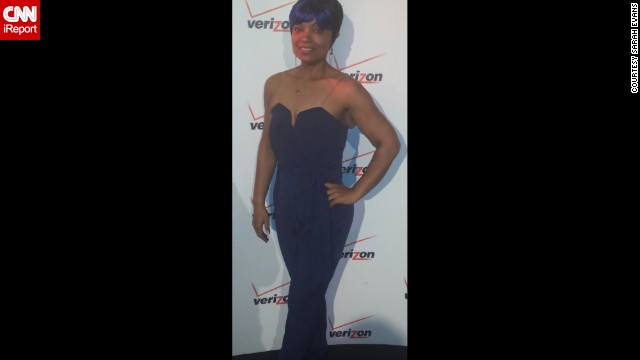 Evans was down to 145 pounds on February 14 during the NBA All-Star Weekend in New Orleans. 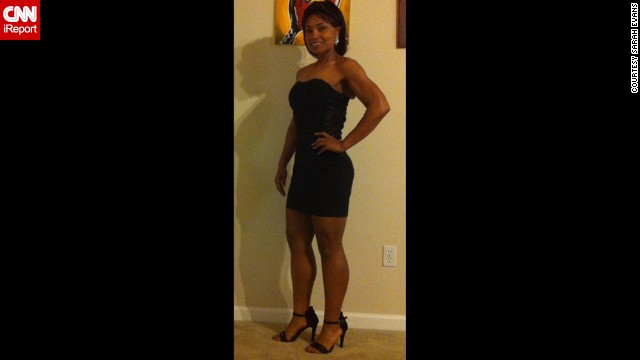 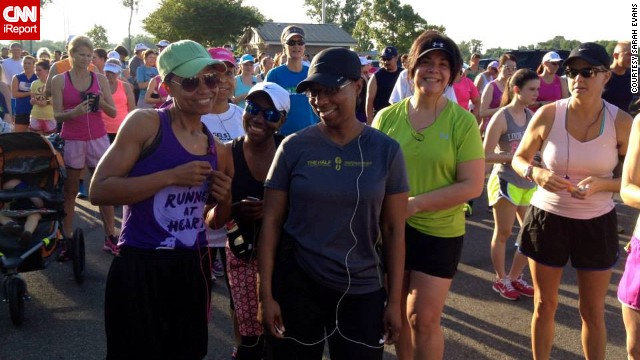 (CNN) -- It was supposed to be her birthday getaway, but it ended up being a miserable trip.

Sarah Evans took two weeks off for her 30th birthday in September 2012 to visit Las Vegas with her best friends. Yet she couldn't enjoy herself because of constant thigh chafing -- "I went through an entire bottle of Gold Bond powder" -- and she hated how she looked in every photo.

"All these girls were enjoying themselves in bikinis poolside, and there I was, trying to cover up and hide," she remembers.

Evans decided then and there that she was going to enjoy her future birthdays.

The 5-foot-4 Shreveport, Louisiana, resident weighed 248 pounds at the time, which she attributes to a lifetime of bad eating habits.

"Growing up in the South, eating large portions at every meal was a must," she said. "Breakfast included bacon, eggs, sausage, pancakes and biscuits. Lunch was some sort of fast food, and dinner included a three-course meal of fritters for appetizers, fried chicken, collard greens, macaroni and cheese, and corn bread."

Then, of course, there was creamy banana pudding or homemade apple pie for dessert.

Evans downloaded the "Couch to 5K" app and set two goals: run a 5K without stopping and lose 30 to 40 pounds.

"When I started the program, I couldn't run more than 30 seconds," she wrote in her iReport. "Now I'm running two or three 5Ks a week. Somewhere along the way I fell in love with running."

She soon added CrossFit classes and other forms of cardio into the mix, meeting her original goal and steadily setting new ones, like getting below 200 pounds and improving her 5K time.

Slowly but surely, she was taking back her life.

"Trying to stick to this routine has taught me the importance of encouraging myself, because I didn't have a support system in the beginning," Evans said.

She also switched to a low-carb diet. Now, she typically eats yogurt, hard boiled eggs and turkey bacon for breakfast; chicken salad or tuna for lunch; steak, fish with kale or baked chicken with green vegetables for dinner; and cheese slices, nuts or Jell-O for a snack.

She will take the occasional weekend off from her diet, though.

"It's what you do consistently that matters," she said.

By May of this year, Evans was down to 128 pounds, more than a 120-pound transformation.

What is Orangetheory fitness?

The world's most dangerous workout?

Despite being at it for almost two years and surpassing her goals, Evans said she still has good days and bad days.

"I still have my demons internally that I'm still working through, and even though I have lost weight, I look in the mirror and see flaws," she said.

Running, she believes, has been key to her weight loss success. Her routine often has her in bed at 9 p.m. and waking up at 3:30 a.m. to start on cardio and weight training at the gym. She then runs or takes fitness classes five nights a week.

"We all have things we secretly want to try, but we either don't have the courage, don't have anybody to do it with, or we can't physically do it," she said. "I always wanted to run a 5K but couldn't walk a mile without dying. Now I love running! I don't have to worry about breathing heavy after 30 seconds."

The main thing that keeps her going? Getting stopped by people who tell her that she has inspired them to get fit.

She recently started her own program called S.T.I.R., which stands for "Stand Think Initiate Run." She says it's all about "learning to live life with and on purpose." She will often contact her S.T.I.R. group to let them know when and where she will be running, to encourage them to come along.

"I've been overweight my whole life. Never in a million years would I think I would be this active, let alone inspiring people to get active."

One of those people is Couch-to-5K running pal Casey Toups, who stayed with Evans at the back of the pack on runs early on to motivate her to keep going. Now, after seeing Evans' progress in races, Toups says the roles have reversed.

"She has become a person I look to for continued motivation to keep myself on track," she said. "Her story and progress have inspired me, and I know it will inspire others as well."

Evans has gotten a huge boost of confidence from losing the extra pounds.

She has big plans for her 32nd birthday in September. She wants to recreate some of those pictures from her miserable 30th -- this time with her new and improved self.