Escape to the Cape, and share your photos while you drive 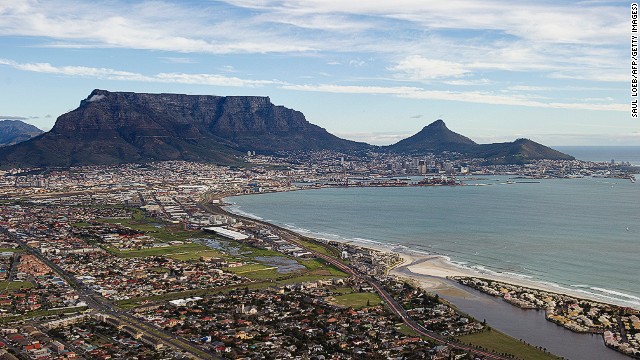 A start-up in Cape Town is offering city tours in 3G Wi-Fi equipped cars, enabling visitors to upload photos to social media as soon as they take them. 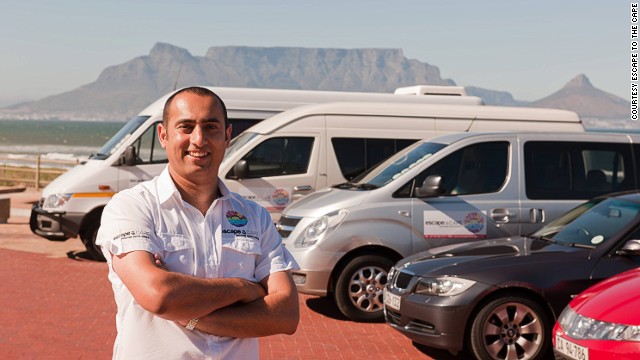 Named "Escape to the Cape," the company is the brainchild of the 37-year-old former banker Shaheed Ebrahim, who got the idea after using iPads to entertain his young children on sightseeing trips. 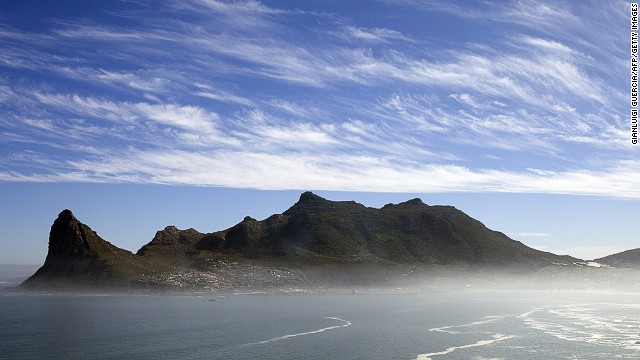 He decided to leave the corporate world after his bank wanted him to relocate, and used the payout from his job to start a new venture as a tour guide. Seen here is the view of Hout Bay Harbor from the Chapman's peak road on the outskirts of Cape Town, one of the stops on Escape to the Cape tour. 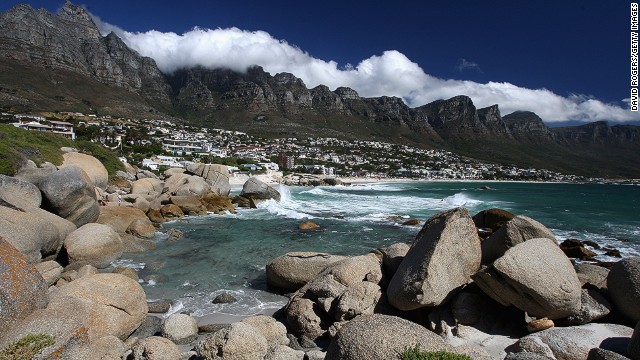 According to the national statistical service of South Africa, tourism was worth nearly $9 billion and provided around 4.6% of the country's employment in 2012, which makes competition among tour operators stiff. Ebrahim soon realized that apart from taking his clients to beauty spots like the 12 Apostles mountain range, pictured, he needed to offer a service that would make him stand out from the crowd. 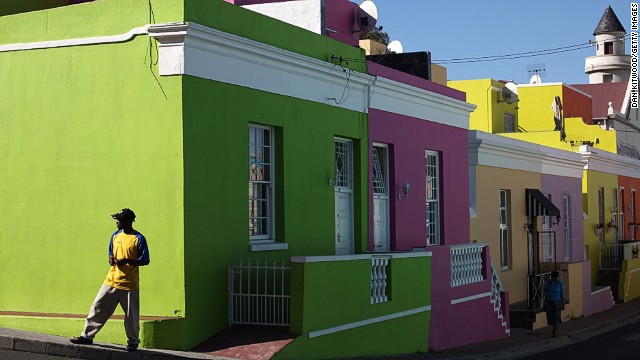 "We live in the technology age where people expect to exchange information instantly," says Ebrahim about his reasoning for creating a tour where visitors can go online while being driven to the next destination. Seen here is the Bo Kaap district of Cape Town, famous for its colorful houses. 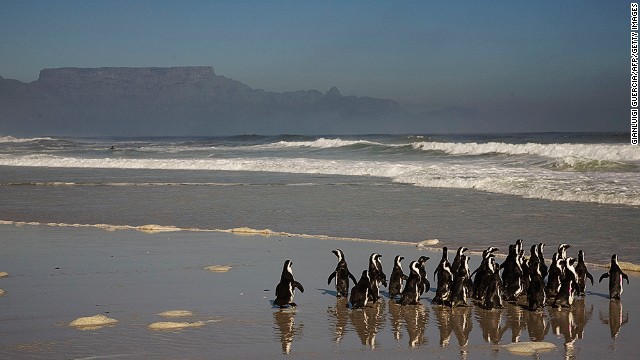 The tour offers plenty of photo opportunities, such as a visit to penguin and sea lion colonies. 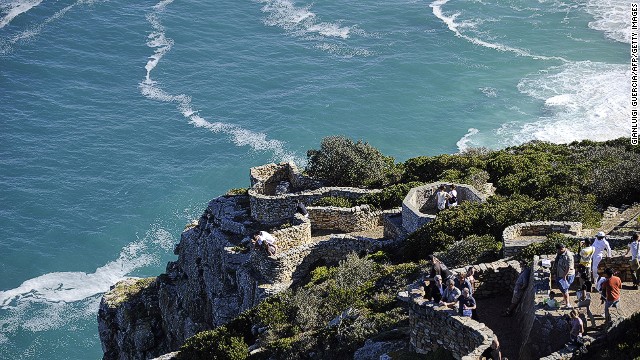 Another stop is the Cape Point, a World Heritage Site whose 200 meter high sheer cliffs cut deep into the mixing waters of Atlantic and Indian Oceans. 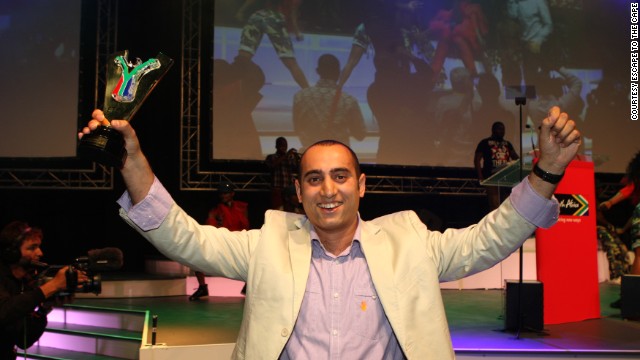 Ebrahim's efforts won him the 2012 Emerging Tourism Entrepreneur of the Year Award, and he is thinking of expanding his operations to other regions: "We have a transferable concept and there is no reason why it couldn't work in other countries too," he says. 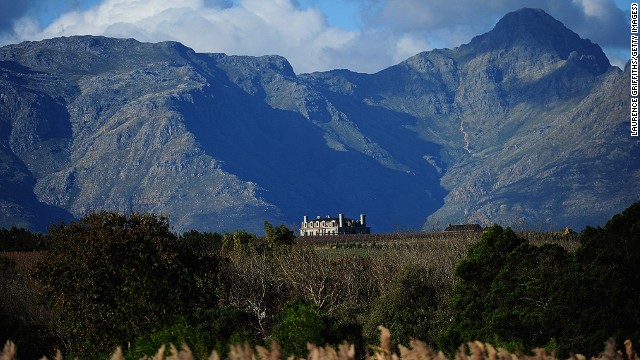 (CNN) -- Nestled in an epic landscape where two oceans meet in a flurry of foam and waves, Cape Town is one of the most photogenic places on Earth.

The city attracts millions of visitors each year who come to admire its vibrant sights and breath-taking scenery, snapping pictures along the way to serve as lasting mementos.

Usually, they have to buy expensive hotel Internet or wait until they get home to show them to friends and family, but now, thanks to a local start-up, they can share them almost instantly.

"Escape to the Cape," brainchild of a 37-year-old former banker Shaheed Ebrahim, offers tours of the city in 3G Wi-Fi equipped vehicles which allows his clients to upload photos to Facebook and Instagram as soon as they take them.

We live in the technology age where people expect to exchange information instantly.
Shaheed Ebrahim, founder of Escape to the Cape

Ebrahim got the idea for his venture after struggling to entertain his young children on car journeys: "My wife and I would give the kids iPads preloaded with games in order to keep them occupied, but we quickly realized that for many functions you had to be connected to the Internet," he says.

The Cape Town native, who won the Emerging Tourism Entrepreneur of the Year Award in 2012, has always been passionate about his home city, and would regularly take family and friends visiting from overseas on sightseeing trips.

Read more: Made in Ghana -- luxury shoes put sparkle in your step

When the bank he was working for wanted him to relocate, he decided to leave the corporate world and use his payout to turn his hobby into a profession. 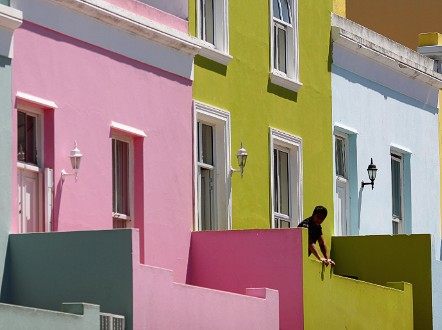 However, in South Africa's tourism industry, which was worth nearly $9 billion in 2012 and represented around 4.6% of the country's direct employment, competition among tour operators is stiff. Ebrahim soon realized he needed to offer something that would make him stand out from the crowd: "We live in the technology age where people expect to exchange information instantly," he says. "They want upload their pictures on Facebook and Instagram in real-time, and I often host bloggers who wish to publish articles and pictures immediately."

We have a transferable concept and there is no reason why it couldn't work in other countries too.
Shaheed Ebrahim, founder of Escape to the Cape

When it comes to photo opportunities, Escape to the Cape tours offer plenty, visiting sites like Table Mountain and Cape Town's colorful Bo Kaap district with its yellow, blue and pink houses.

If that doesn't fill up your camera's memory card, there's also a chance to see penguin and sea lion colonies, and Cape Point, a World Heritage Site whose 200 meter high sheer cliffs cut deep into the mixing waters of Atlantic and Indian Oceans.

The company now employs five permanent staff, but Ebrahim admits that things were far from rosy in the beginning: "It took two years for the firm to become profitable, which was nerve wracking, but we persevered," he says.

Escape to the Cape is planning to introduce a new service where family and friends at home can take part in tours virtually, via online streaming in tour cars. He is also thinking of expanding his operations to other regions: "We have a transferable concept and there is no reason why it couldn't work in other countries too," he explains.

For now, his clients can sit back and watch those Facebook likes of their Table Mountain photos rolling.

Read more: Made in Ghana -- luxury shoes put sparkle in your step