Real high tech: How will the elevators work in the world's tallest building? 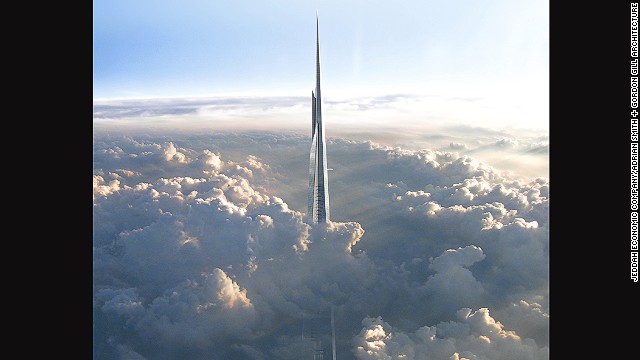 It is expected that construction of the tower will require 5.7 million square feet of concrete and 80,000 tons of steel. 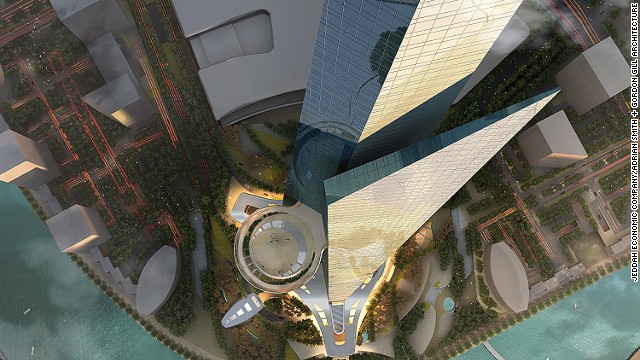 For buildings of this stature, wind load could also put stress on the structure. To battle this, the design of the structure will change every few floors. 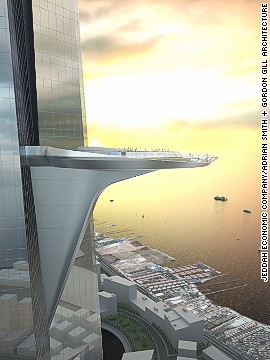 There are plans for a 98-foot sky terrace on the 157th floor. When completed, it will be the highest terrace in the world. 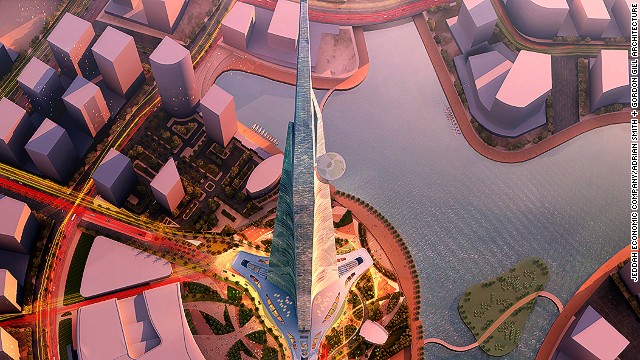 The structure will overlook the Red Sea, posing additional challenges to the building process. It's particularly important that the foundations -- 200 feet deep -- won't be affected by saltwater from the ocean. 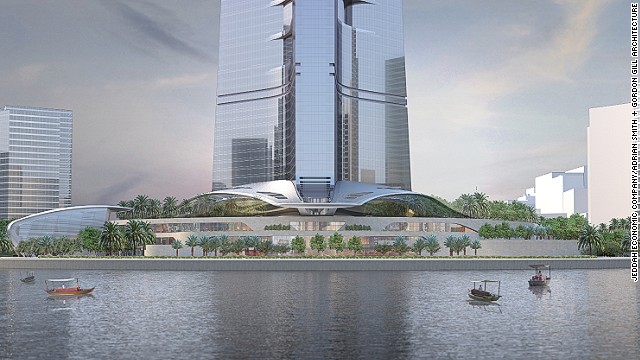 Like the Burj Khalifa, the Kingdom Tower will have a flower-shaped footprint. 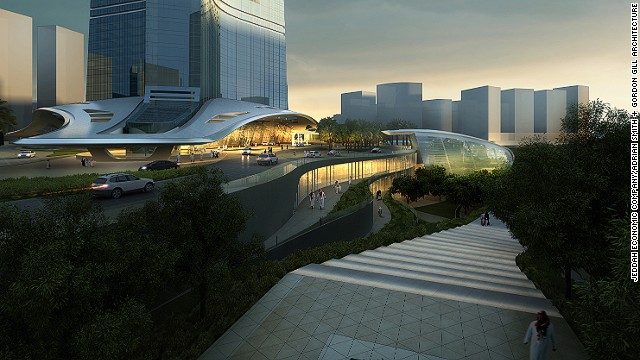 The project is expected to cost $1.2 billion. 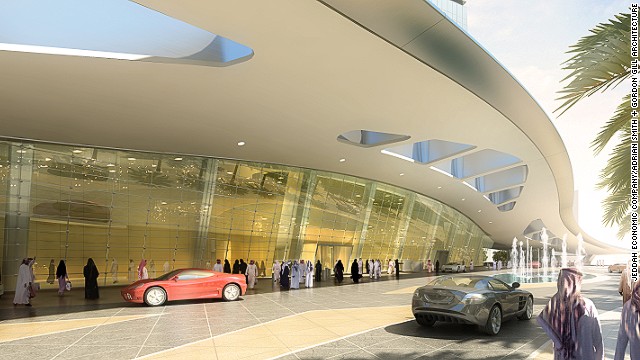 Engineers will also need to design a pump to help deliver concrete to high levels. 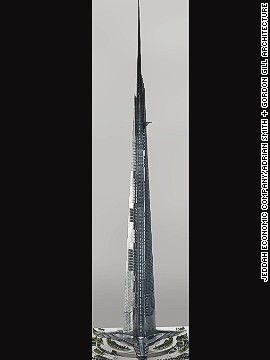 (CNN) -- Whether or not Saudi Arabia's Kingdom Tower will be the world's tallest building upon completion is subject to debate (last week, it was announced China just might thwart the Kingdom's ambitions).

Even if it only ties for the honor, there's no doubt that the 3,280-feet (1,000 meters) tall structure will be a luxury experience. As it turns out, even the elevators will be VIP.

Not only will the elevators reach a record height of 2,165 feet (660 meters), but the elevators responsible for shuttling visitors directly to the tower's observation deck will be the world's fastest double-decker lifts -- traveling at speeds of 30 feet (10 meters) per second.

According to Johannes de Jong, head of technology for major projects at Kone Corporation -- the company contracted to build the structure's elevators -- high-rolling residents will also be able to communicate directly with the lifts through their phones.

"You can call the elevator as you step out of your car so you have it practically there when you arrive," he says.

KONE has developed a material called UltraRope for the elevtators.

Kone, who are leaders in elevator technology, will also be doing away with what for decades has been one of the most defining elevator features: buttons.

"Instead, we will have keypads outside the elevators, where people can type in their destination," says de Jong. The advantage, he says, is that people traveling to the same destination can be grouped together in one elevator. It's a system that not only speeds up the journey by enabling each elevator to make fewer stops, but is more energy efficient as well.

Sky is the limit for elevator tech

Shopping for lingerie in Saudi Arabia

Even crafting an elevator that can reach heights above 1,600 feet (500 meters) is a technological marvel.

The reason is that steel cables, which have long been the traditional means of pulling up an elevator, are heavy.

The taller the building, the more cables are needed to lift it. In order to travel the distance to the observation deck, a single elevator in the Kingdom Tower would require nearly 20 tons of steel rope. Getting that much weight to where it needs to be for installation is near impossible.

New technology, in the form of the KONE UltraRope, has made it newly possible for an elevator to reach great heights.

Made from carbon fiber, the new rope is both lighter and stronger than its steel predecessors. By comparison, a single lift would only require around three tons of the new cable to operate.

"Because of the rope, these elevators will reduce typical energy consumption by as much as 21%," he says.

Inside the world's largest mall

When the elevators don't work in the world's tallest building