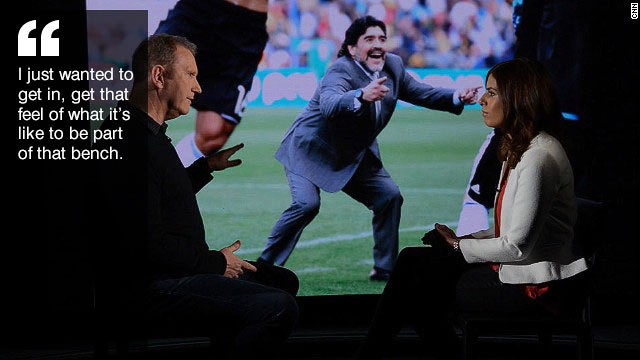 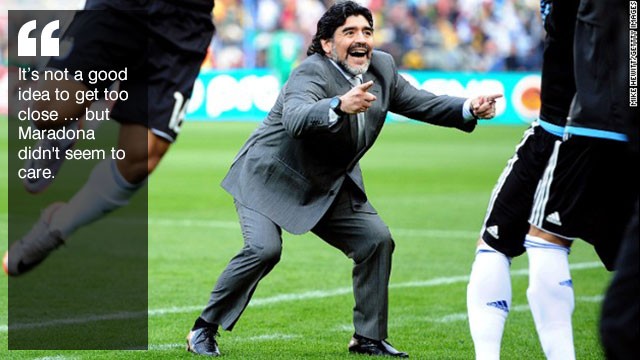 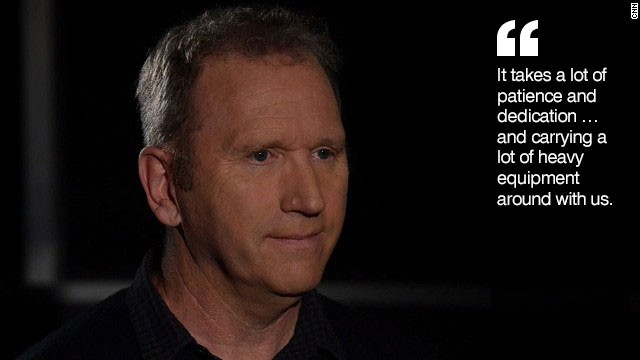 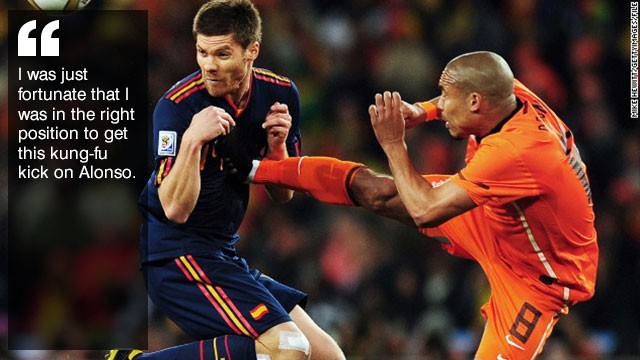 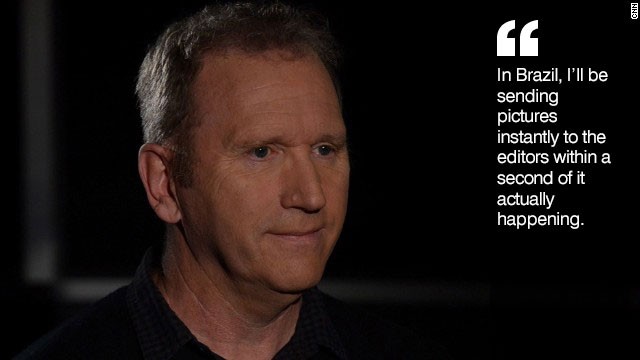 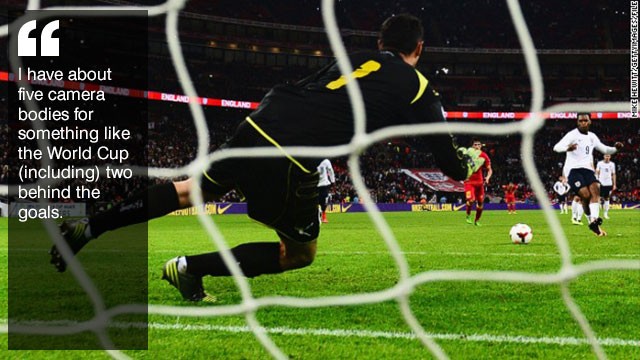 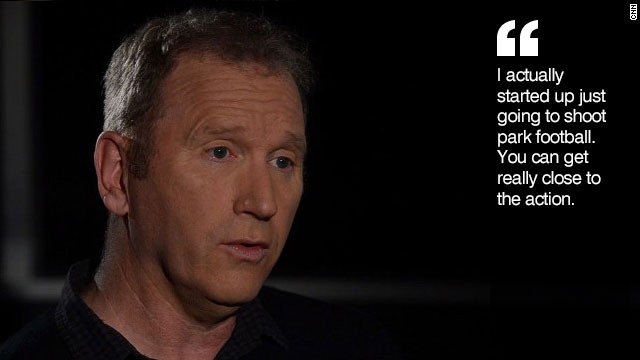 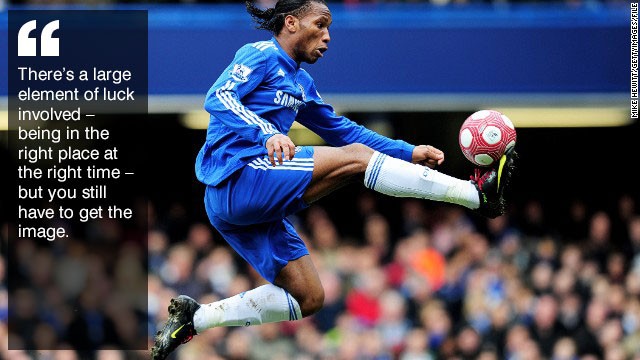 (CNN) -- Diego Maradona was a mesmerizing presence on the pitch during four World Cup finals as a player.

When he returned to football's biggest stage in 2010 as coach of Argentina, it soon became clear that his capacity to entertain remained undimmed.

His theatrical displays from the touchline during Argentina's matches became one of the unexpected highlights of the tournament.

"You just know that this was going to be a worldwide story," Hewitt told CNN's Sports Photo Masterclass series.

"I decided to try and sit as close to the dugout as I could get away with -- just to get a portrait or a reaction shot. I wanted to get in, get that feeling of what it's like to be part of that bench when and if Argentina scored."

It's quite a careful balancing act taking photos in these situations," adds Hewitt. "You don't want to get too close and start upsetting someone.

"But Maradona didn't seem to care. I don't think he even noticed I was there."

When Gabriel Heinze's diving header had the net bulging in the sixth minute, Hewitt took his chance.

"Obviously, there's a huge element of luck involved in it," the photographer concedes, pointing to the substitute on the left of the photo who jumped out of the dugout when he celebrated. "I'm glad he did it there and not bang in front of Maradona or I would have missed the picture."

It's an iconic image, he thinks -- one that brings Maradona's World Cup story up to date.

"He's a man that practically won it single-handedly for Argentina back in 1986 (in Mexico) and then was banned," Hewitt says referring to Maradona's ignominious exit from the 1994 U.S. tournament after testing positive for the banned stimulant ephedrine.

"For him to them come back as coach for the Argentinian team -- the whole world wants to know what's going to happen."

Maradona's last finals as a player in 1994 was also the scene of Hewitt's debut as a World Cup photographer.

Back then he was still using film, sending reels back to the office for processing with pictures ready for clients usually within a couple of hours.

"In Brazil, I'll be sending pictures instantly to the editors within a second of it actually happening," says Hewitt.

"It will be edited and cropped and captioned and then beamed to the world so people have it in two minutes."

"You're constantly under pressure because it's a competitive industry," adds Hewitt.

"There might be upwards of 200 photographers on the pitch and people are just looking for the absolute best image of a particular incident."

Hewitt, 52, has thrived in that cutthroat environment, and came up trumps a second time in South Africa when he captured the moment Dutchman Nigel de Jong's right boot violently connected with Spanish midfielder Xabi Alonso's chest.

"It was a very feisty final. It happened very quickly, out of the blue, so I was just fortunate that I was in the right position to get the kung fu kick."

Top tips from a top photographer

Where do I start?

Shoot park football. You don't need enormous expensive lens and you can get really close to the action.

Do I need a big fancy camera?

No, some of the amateur cameras are superb. Most have a fast-ish motordrive that shoot four or five frames a second.

Try and fill the frame as much as possible. Make the quality as good as you can.

Check where the light is coming from. Avoid shooting around midday -- it makes your job a lot easier when the sun is lower.

Sitting on the touchline level with the 18-yard line, Hewitt took the shot using his 400 mm lens.

"Because it was a night game under floodlights you're shooting wide open -- a very large aperture -- so the depth of field on these images is very small, maybe about six inches.

"But it's good because it throws the background out (of focus) completely and isolates the players very well. I must have shot it at about 1/1,000th of a second."

De Jong escaped with a booking -- one of 14 in the match -- but the tackle became perhaps the defining image of the final which Spain went onto win 1-0 after extra time.

"It's quite an iconic image from a World Cup final -- they don't come around very often," Hewitt says.

"There's a large element of luck involved -- being in the right place at the right time -- but you still have to get the image."

Hewitt experience extends across the sporting spectrum with a portfolio that includes six Olympic Games, four cricket World Cups, four rugby World Cups and two round the world yacht races to his name.

Not bad for a man who started out as an amateur snapper shooting park football on Hackney Marshes in east London.

"We get to go to some great places and cover some great events. I had the pleasure of photographing the Beach Soccer World Cup in Tahiti (in 2013) which was magnificent," he says.

"It's times like these where you think: 'well, life doesn't get any better.'"