(CNN) -- The 'queen' of Macau's gambling empire is about to unveil a new palace.

It will be the latest jewel in U.S. business magnate Steve Wynn's glittering casino crown, after he originally built Las Vegas's premier Bellagio, and The Mirage -- now owned by MGM Resorts International.

And the person to launch it? Forty-seven year old executive director Linda Chen.

And she's not about to stop there.

Read: The dress that launched an empire

"When we first came to Macau, the scene was more about gaming," Chen told CNN's Kristie Lu Stout. "And the aspiration for Macau, the reason we wanted to be here, is taking it to the next level.

In its first year Wynn Macau quadrupled its annual revenue from $1 billion to $4.5billion, under Chen's stewardship.One of Asia's 50 most powerful businesswomen, according to Forbes, Chen has worked her socks off to become the second in command at Wynn. But could luck also have played a part in her success? 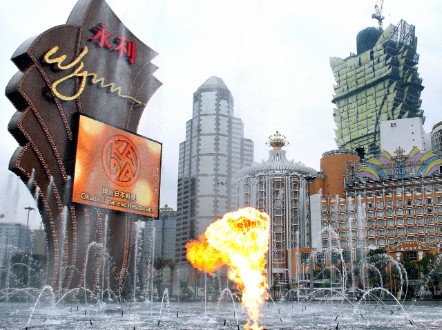 Chen apparently has the number 8888 -- considered lucky in Chinese culture -- for her phone, a present from her wealthy boss.

Luck or no luck, gaming was not the direction Chen or her parents saw her career going, when she graduated from New York's Cornell University in 1989.

"It was the end of the world for them," she says with a laugh.

"For Chinese parents coming from Taiwan, they never knew anybody else who worked in the casino industry. They never thought somebody would live outside the casinos in Las Vegas. So it took a while, but eventually they were supportive."

Stepping out of her private jet, Chen appears every inch the high-flying business superstar. But when asked about one day succeeding Wynn himself, she is a little reticent.

Debate: Can successful women have it all?