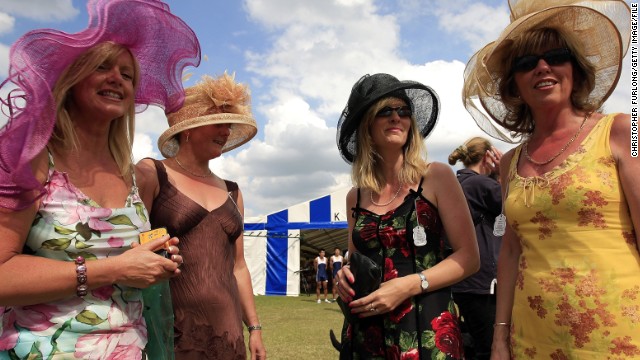 The Henley Royal Regatta is one of the English social calendar's key events. As so often on these occasions, hats are de rigueur. 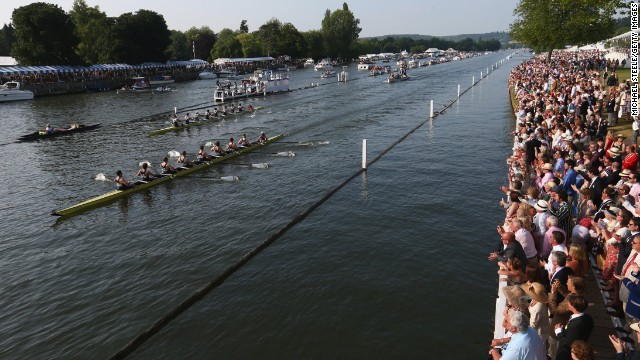 The rowing regatta started in 1839 and has gone from strength to strength ever since, with thousands visiting each year to be part of the action. 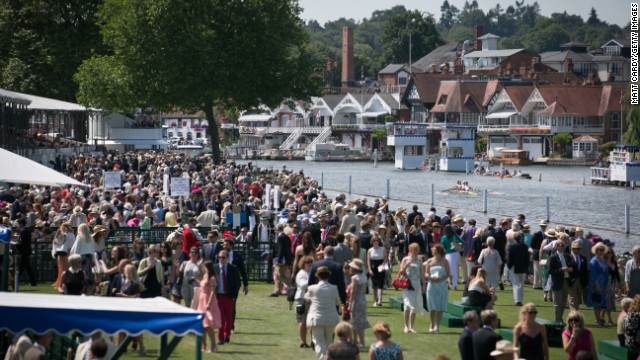 Spectators visit for both the sporting and social aspect of the event. It is part of the "English Season" along with the likes of Royal Ascot, Glorious Goodwood and Wimbledon. 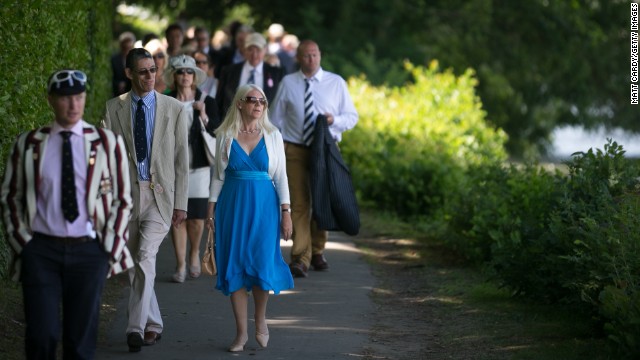 According to the event's official website, "Gentlemen are required to wear lounge suits, or jackets, or blazers with flannels, and a tie or cravat. Ladies are required to wear dresses or skirts with a hemline below the knee and will not be admitted wearing divided skirts, culottes or trousers of any kind." 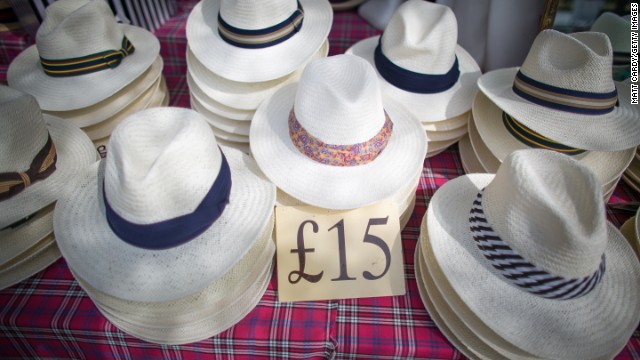 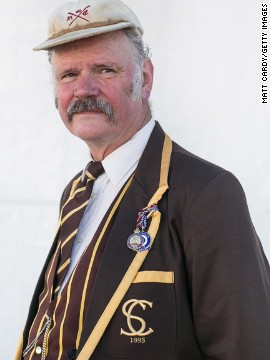 Some attendees, such as Richard Rowland from The Skiff Club in London, take the chance to dress up in traditional uniforms. 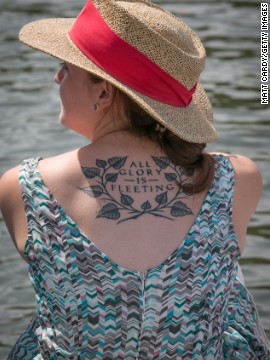 But there is an increasingly modern flavor to proceedings, as spectators from a wide social spectrum come to watch the races. 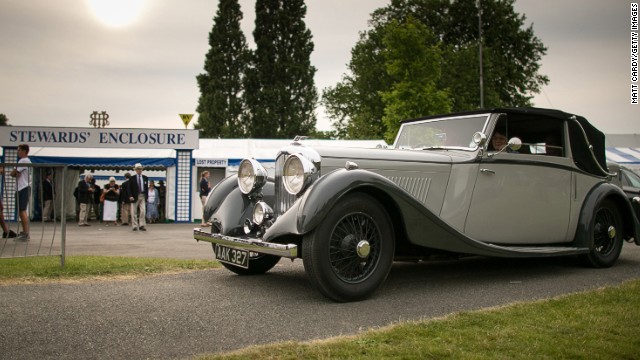 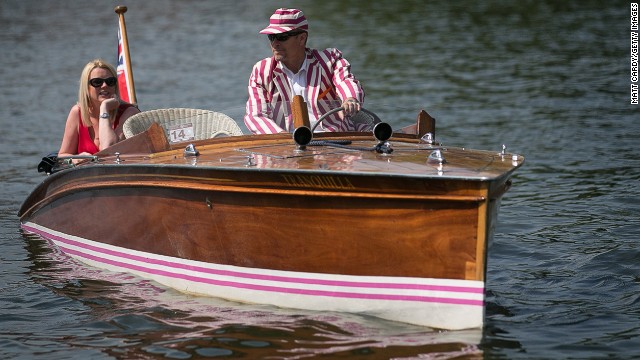 Some spectators use inflatable dinghies to watch the crews in action, but others take to the water in more elegant vessels. 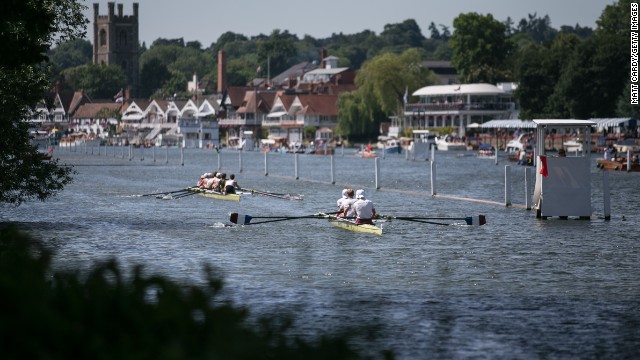 The picturesque setting of the Regatta in the town of Henley-on-Thames is part of the event's allure. "That Henley is set on the river and hasn't got a horrible building (like similar events) adds to the charm," leading social commentator Peter York told CNN. 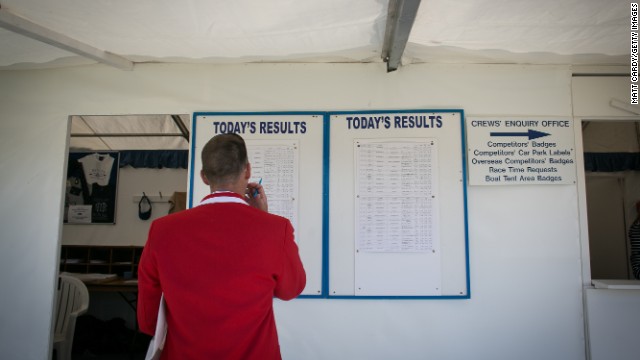 The 2014 regatta had 20 different events, compared to just one at the inaugural staging. Two races often take place simultaneously, while up to 90 can take place on certain days, starting at five-minute intervals. 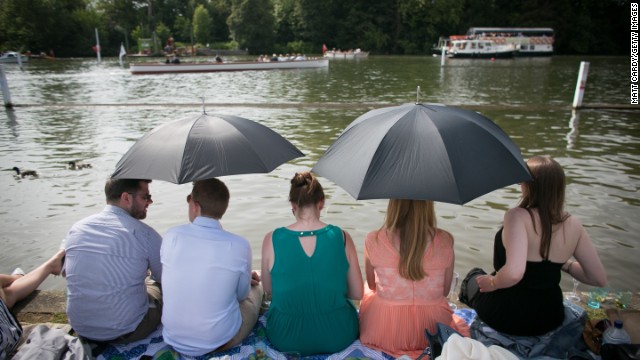 As is often the case in Britain, if you're attending Henley then it's best to come armed with an umbrella.
HIDE CAPTION
The 'English Season'
Long history
'Downtown Abbey' on water
Dress code
Boaters for men
Old school
New school
Ticket to ride
Summer cruising
Riverside charm
Action packed
Be prepared
<<
<

Ever since June 14, 1839, the quaint English town of Henley-on-Thames has been attracting spectators in their droves to its Royal Regatta.

What started off as a small collection of boat races -- held over just a single afternoon on the River Thames near London -- has morphed into a five-day sporting and social extravaganza, where anyone who wants to be seen, attends.

"British people like the old charm of it -- its continuity, the idea, the past, comfort in a changing world," leading social commentator Peter York told CNN.

"All those thing that I call the 'Downton' things," added York, referring to the hit television show "Downton Abbey," which has won a legion of devoted fans around the globe thanks to its depiction of Edwardian England.

It's a beautiful sunny morning on finals day at the 175th Anniversary of Henley Royal Regatta! #HRR175 #Gloriana pic.twitter.com/M9g0sd9IxC

Like "Downton Abbey," Henley lures visitors from both at home and abroad, reminding them all of an England of old -- the maiden regatta occurred two years into Queen Victoria's near 64-year reign over the country.

The sporting aspect of the regatta, however, remains just one side of a rather lopsided coin.

Along with the likes of Royal Ascot, Glorious Goodwood and Wimbledon, Henley has a strict dress code if you want to gain entry.

Lounge suits for the gentlemen and dresses -- "with a hemline below the knee" -- for the ladies is the order of the day.

Should the rowing not suffice, a "Champagne & Oyster Bar" and "Afternoon Tea" are some of the other delights on offer to visitors searching for other distractions.

"The dress code is quirky and a bit quaint, but I think it adds to the atmosphere, and I love the flamboyance of the men's colorful blazers," says CNN's Milena Veselinovic, who attended Henley this year.

"When I first went it was like a window to another culture.

"It may not be representative of modern Britain, but it's a throwback to a different era and a chance to spend the day in the sun with your friends," added the Serbian, who provides an outsider's view of Henley.

"If you find that charming then you probably would go again," remarks York of Henley's ability to repeatedly draw crowds of thousands year after year.

The English identity that lies at its very core has been kept intact, yet to be eroded away by multimillion sponsorship deals, around-the-clock television coverage and an A-list celebrity guest lists that its bigger, more glamorous rivals wear as a badge of honor.

"Henley is still relatively better preserved than the other events," York observes.

"The moment these things go on to full-on corporate, to full-on new-rich money, then they are spoiled and changed, and can never quite go back to how they were.

"That Henley is set on the river and hasn't got a horrible building adds to the charm," adds York, who is no fan of the Ascot Grandstand -- "ugly and vulgar" -- that was built in 2006.

Henley's picturesque setting on the Thames, with an idyllic town as its backdrop, provides the event with its unique feel.

Crowds line sections of the course, which at one mile and 550 yards (2,112 meters) is longer than the standard international distance of 2 km.

They often witness two races simultaneously, while up to 90 can take place on certain days.

To complete the program by a reasonable hour on such occasions, races are started at five-minute intervals, meaning action aplenty for spectators.

"It's clearly on the social calendar, but if you're actively involved in the sport it's the pinnacle of rowing, and a chance to see a world-class competition," says Alex Wood, a former junior Great Britain rower who has competed at Henley.

"It's something quintessentially British, and it has the feel of days gone past."

But while Henley's dream of "Olde England" is still alive and kicking, York suggests it's only a matter of time until the event follows in the footsteps taken by some of its rivals.

In February, Ascot signed a five-year sponsorship deal with Qatar Investment & Projects Development Holding Company -- a company controlled by the Qatari royal family -- while the influence of foreign investment on British sport has been clear for all to see since Russian billionaire Roman Abramovich bought Chelsea Football Club in 2003.

"They are being cherry-picked by rich foreigners," York says of traditional "English Season" events.

"It is an indication of what we are about. As Napoleon said, we are a 'nation of shopkeepers,' we'll sell anything to anybody. And don't forget, the Toffs (a slang term used to describe Britain's aristocracy) aren't in charge anymore.

"It's not new, but it's the scale of it. It's been happening since the very rich Americans came over in the 1890s, but they tried to fit in.

"These new people, though, are so rich and not bothered about trying to fit in."

York says the authentic "Englishness" of such social occasions has "considerably diminished."

"The people now look at things and say 'I want that one,' without thinking why. They are going to want it to work their way rather than the other way around."