How the World Cup played out on social media 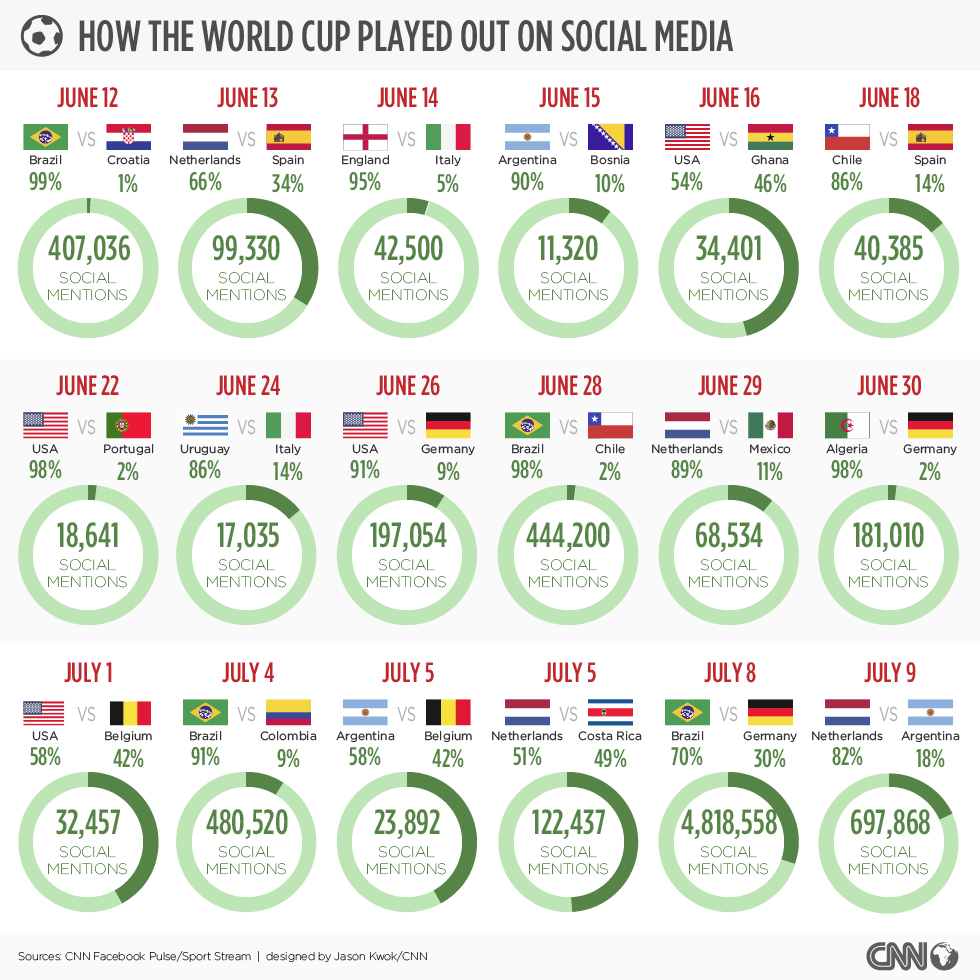 (CNN) -- Germany's demolition of World Cup hosts Brazil in their Tuesday semifinal in Belo Horizonte is the game that seemingly everyone can't stop talking about.

The match generated nearly five million social mentions -- close to seven times as many mentions as the other semi between Argentina and the Netherlands -- according to CNN's Facebook Pulse, which has been charting social media interest in the tournament.

"Facebook generally sees a large amount of conversation around sporting events, but the World Cup has proven to be a unique moment," said a Facebook spokesman.

Brazil might have gone out of the World Cup in ignominious fashion but the hosts can take some consolation from the fact that they invariably generated the most social media interest regarding the teams that took part.

Brazil never failed to fall below below 400,000 social mentions for each game it played..

Brazil's star player Neymar, who was ruled out of the defeat by Germany due to a serious back injury, was by far the most talked about player of the tournament with 33 million social mentions -- seven million more than Lionel Messi, who helped guide Argentina to the final.

Ahead of Sunday's final, Germany's Thomas Muller is the most talked about German player with 2.7 million mentions, many of which came after his hat-trick against Ronaldo's Portugal in their opening group stage game.

American Tim Howard was the most talked about keeper with over two million mentions, more than a million more mentions than German keeper Manuel Neuer.

Despite their poor performance which saw them exit in the group stages, England is second only to Brazil in the number of of social mentions, with over 10 million interactions.