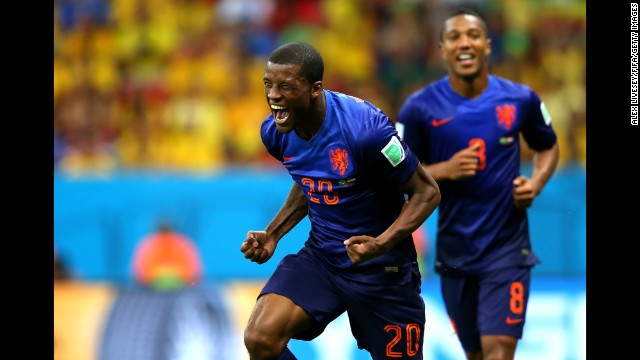 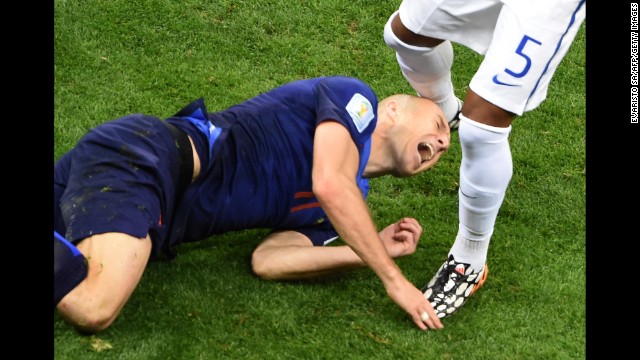 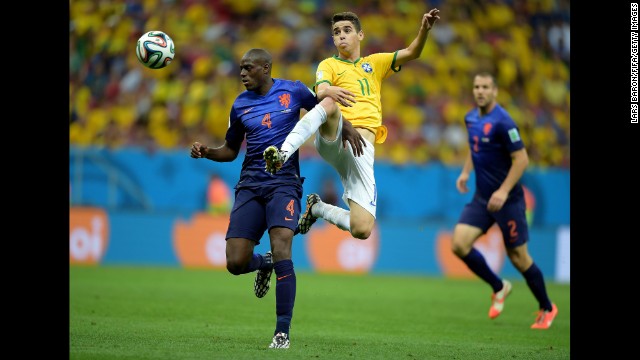 Oscar of Brazil and Bruno Martins Indi of the Netherlands compete for the ball. 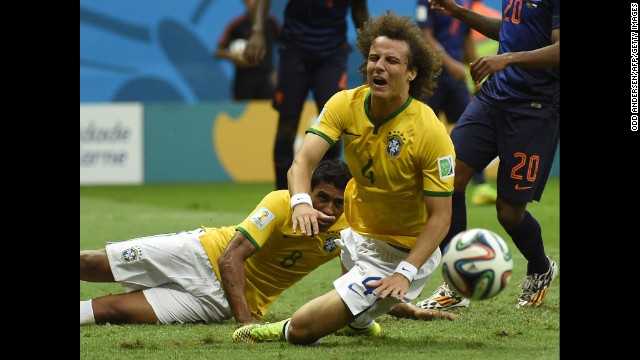 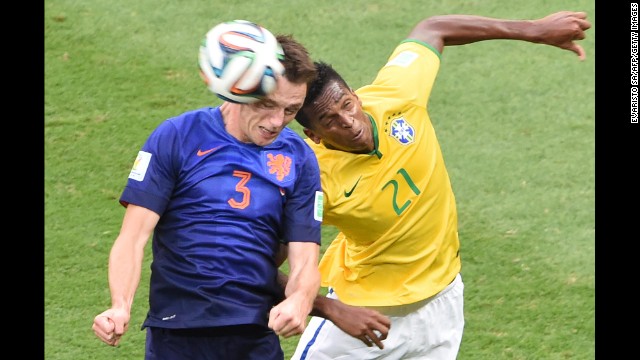 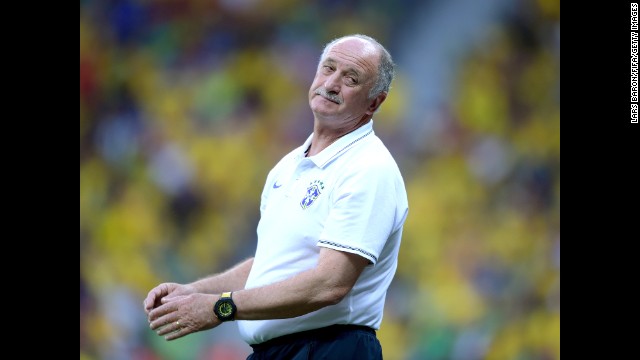 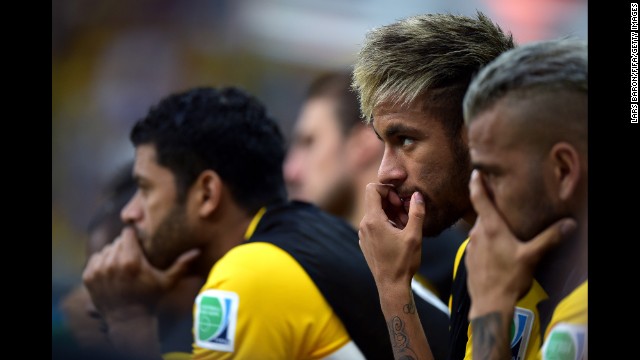 Brazil's injured player Neymar, right, is seen on the bench during the game. 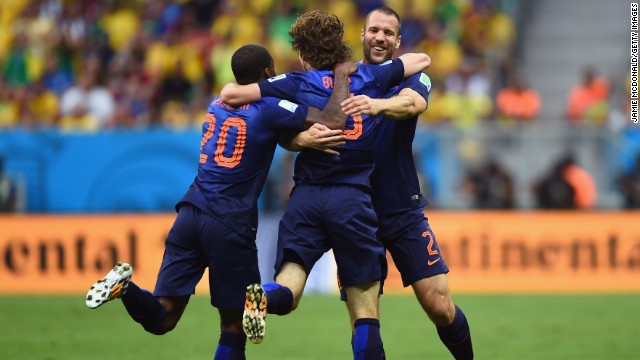 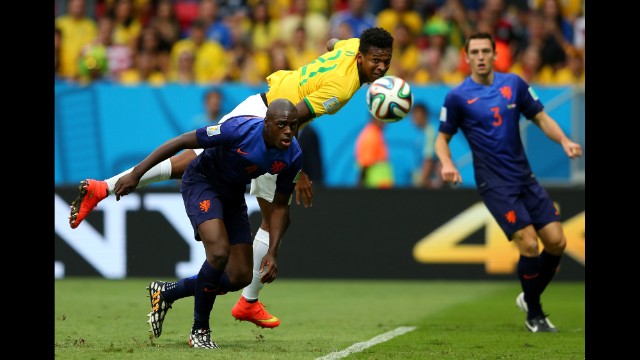 Jo of Brazil and Bruno Martins Indi of the Netherlands compete for the ball. 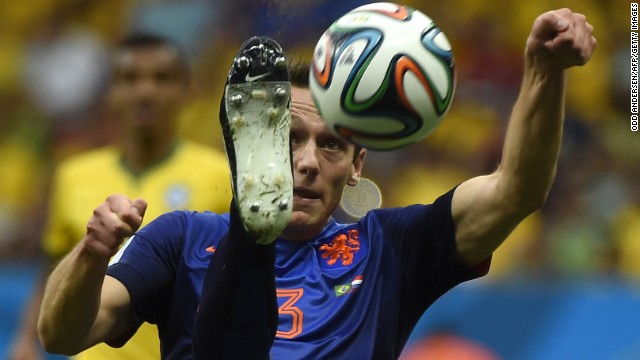 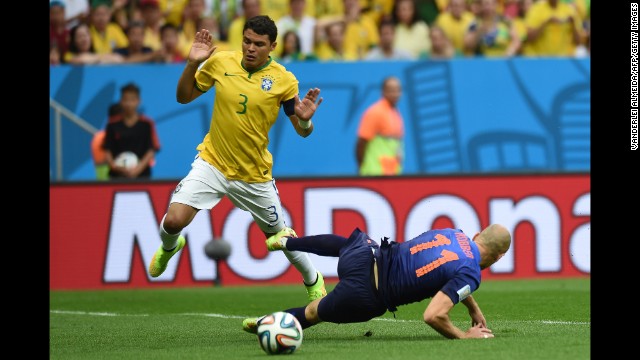 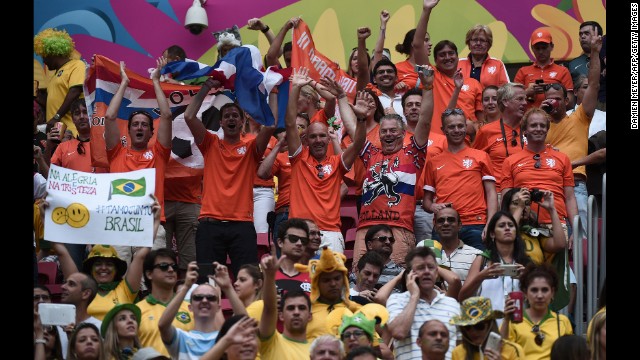 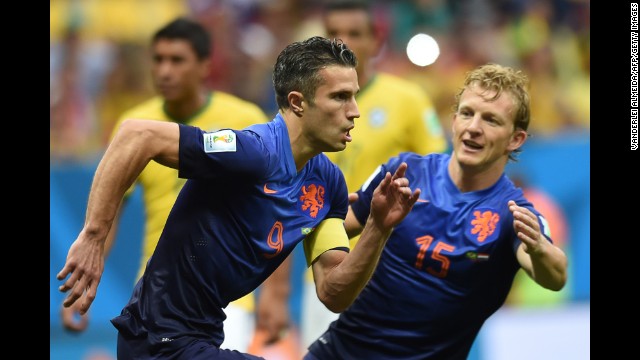 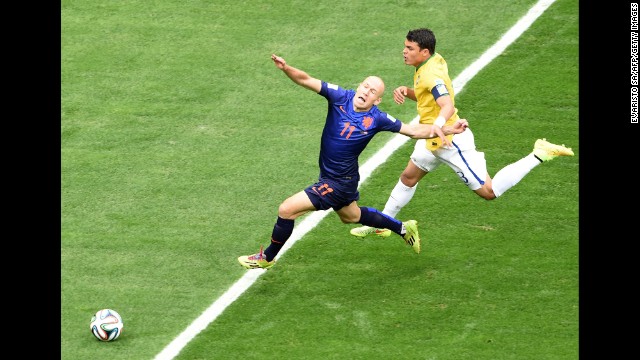 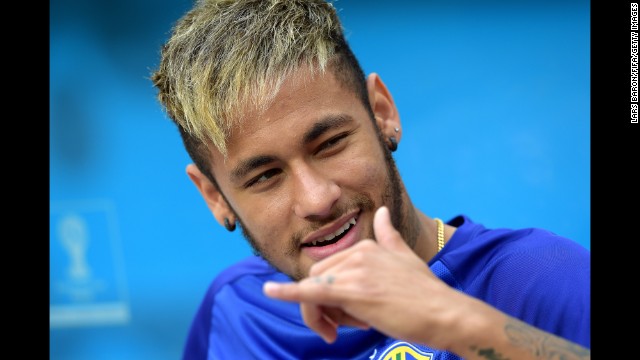 Injured Neymar of Brazil looks on during the warmup prior to the game. 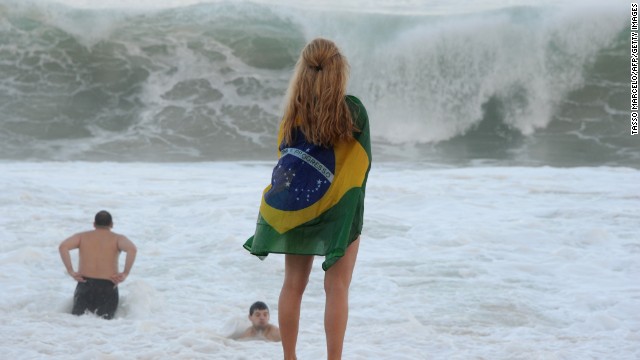 A fan of Brazil stands on the shore of Copacabana beach in Rio de Janeiro. 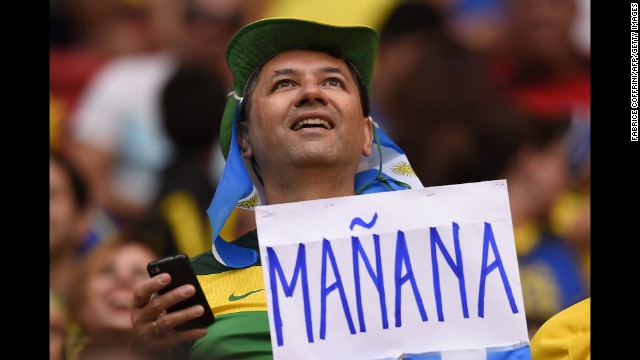 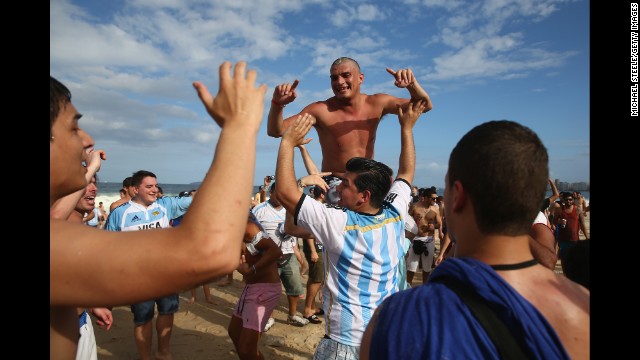 (CNN) -- It's often described as the game no team wants to play in.

This was certainly the case for Brazil Saturday as the World Cup hosts suffered further embarrassment after the Netherlands triumphed 3-0 in the third place playoff match in Brasilia.

Chaotic defending helped the Dutch race into an early lead with Robin van Persie scoring a penalty before Daley Blind added a second soon after.

Brazil spent much of the second period looking for a way back into the game but despite a couple of dangerous looking free-kicks and a solid claim for a penalty of their own never looked like clawing back the deficit.

A late strike by Georginio Wijnaldum added further gloss to the scoreline and piled even more misery on the World Cup hosts.

It's a result that will doubtless further fuel the debate as to how the world's most successful football nation overhauls the structure of its game after a calamitous end to its first home World Cup in 64 years.

As in Tuesday's 7-1 shellacking at the hands of Germany, a glaring lack of quality and organization shone through in the Estadio Nacional Mane Garrincha.

Brazil was once more out-maneuvered and out-thought by their well drilled opponents.

Dutch coach Louis van Gaal takes a pride -- which he's not shy of telling everyone about -- in preparing for every eventuality during a match, although he gave the impression that this fixture was not much of a concern to him ahead of the game.

"There is only one award that counts and that is becoming world champions," he had told reporters after losing to Argentina in midweek.

Here, Van Gaal made two changes to the side which started that semifinal.

Jordy Clasie came in for Nigel de Jong in midfield and Jonathan de Guzman replaced Wesley Sneijder who injured a hamstring in the warm-up.

Brazil too altered its personnel.

Captain Thiago Silva was restored to the center of defense after his suspension while Maxwell, Willian and Jo all came in to the side.

It would make little difference.

The shortcomings so ruthlessly exposed by Thomas Muller and co. in Belo Horizonte were clear for all to see right from the off.

Arjen Robben burst clear of the Brazil defense in the first minute and was pulled back by Silva as he approached the box.

The referee had little option despite contact beginning outside the area and pointed to the spot.

He arguably should have sent Silva off for denying a clear goal-scoring opportunity but instead flashed only a yellow card, much to the frustration of Robben.

Van Persie stepped up and blasted the ball high beyond Julio Cesar in the Brazil goal.

Brazil immediately began to press high looking to force a mistake that would let them back into the game, but in doing so left themselves exposed at the back.

It was a tactic that when combined with yet more suicidal defending from David Luiz would lead to the Dutch doubling their advantage after 17 minutes.

A weak headed clearance from the former Chelsea defender fell at the feet of Blind who had what seemed like an age to take two touches to set himself before firing the ball beyond Cesar with his third touch.

Brazilian fans would have been forgiven for fearing the worst at this stage.

But the five times world champions composed themselves as the match progressed.

They had a penalty claim of their own turned down midway through the second half after Blind appeared to clear out Oscar in the area.

Wijnaldum's neat finish in the 90th minute, meanwhile, was one of the few clear shots on goal the Netherlands had in the second half.

Wave for Brazil v Netherlands. The Dutch in control except for last 15 mins of first half: http://t.co/hfTtxbRqts pic.twitter.com/XPIdNjh9Hi

Still, the gulf in class was obvious throughout and not what the world has come to expect from the land of Pele, Garrincha, Zico, Socrates, Romario and Ronaldo.

Neymar and Silva aside, Brazil have looked little more than average throughout the tournament, drawing on good fortune and favorable refereeing decisions to make it past decent but limited teams like Croatia, Mexico and Cameroon.

A physically robust approach, meanwhile, was deployed against more skilful teams like Chile and Colombia.

As a result, few sides have committed as many fouls as Brazil.

This is a particularly galling statistic for the once renowned samba kings, emphasizing the negative, spoiling nature of much of their play over the last four weeks.

Gone are the days, for now at least, of ball-playing midfielders who could flummox opponents and onlookers alike with their skill, style and mastery of the ball.

Instead, powerful players like Fernandinho, Luiz Gustavo and Paulinho graft in the midfield engine room for the vintage of 2014.

More technically adept talent like Philippe Coutinho, Lucus Moura and even Ronaldinho have been squeezed out of the team and the squad as a result.

There might be plenty of muscle in this Brazil side but at times the hosts also have seemed like a collective nervous wreck. Tears have been shed during the playing of the anthem before games and after penalty shootouts.

For the Netherlands, change is also afoot.

Van Gaal will depart to manage English Premier League team Manchester United and Guus Hiddink will arrive to plot the path to the European Championships in France 2016.

Another group of fine young Dutch players have made their tournament debuts in Brazil as the old stagers like Van Persie, Robben, Dirk Kuyt and Sneijder have possibly played their last World Cup.

The likes of Bruno Martins Indi, Memphis Depay, Jasper Cillessen, Blind and Stefan de Vrij have all equipped themselves well.

Blind, who is the son of the Dutch assistant coach Danny, in particular looked mature and composed in both defense and attack before being carried off injured late on while de Vrij was again calm at the back.

If only the future looked as rosy for Brazil.

Coach Luiz Felipe Scolari will find out whether he will keep his job as coach as the post-mortem begins.

"It is up to the president to decide," Scolari told reporters after the match, referring to the head of the Brazilian Football Federation. "We will hand in a final report and then leave it to him to analyze what needs to be done."

Meanwhile, many of the players who performed so miserably in the latter stages will likely not play for their national team again.

And yet, despite all this, the most painful result could be yet to come.

Argentina will face Germany Sunday in the Maracana Stadium in Rio to decide who will win this most entertaining of tournaments.

Should Brazil's great South American rivals triumph, this World Cup could quite possibly top the famous Maracanzo of 1950 in the annals of Brazilian sporting disasters.