Couple shed 280 pounds and get noticed for the right reasons 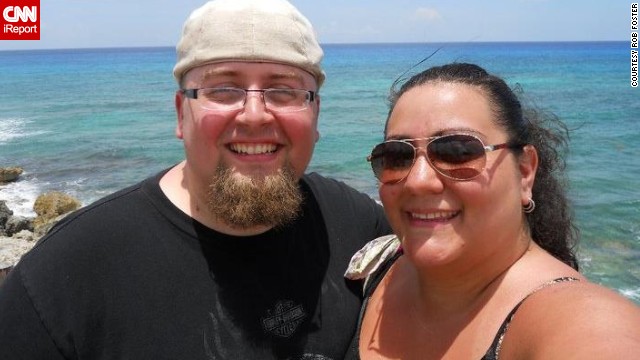 In 2011, Robert and Jessica Foster weighed 327 pounds and 287 pounds, respectively. Click through the gallery to see the Colorado couple's amazing transformation. 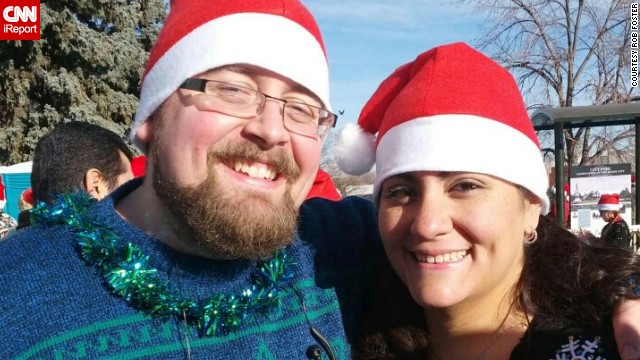 In December 2012, the couple ran the local 5-kilometer "Ugly Sweater Run." Jess finished ahead of Rob, and he vowed to improve his time. 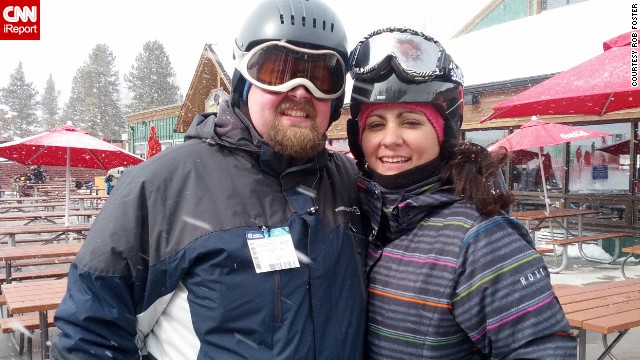 By March 2013, Rob had lost 47 pounds and felt good enough to go skiing for the first time in more than 10 years. 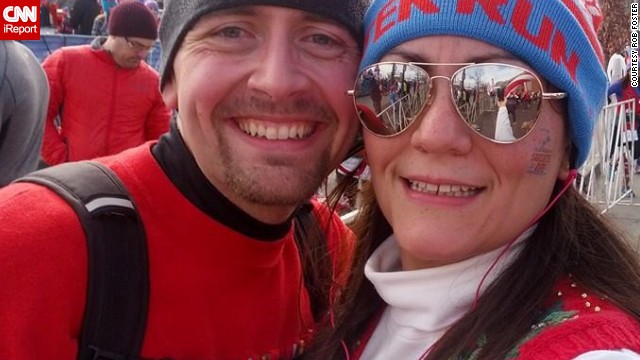 Rob and Jess ran the "Ugly Sweater Run" again in December 2013. Rob improved on the previous year's results by nearly 14 minutes. He was down by 140 pounds at that point. 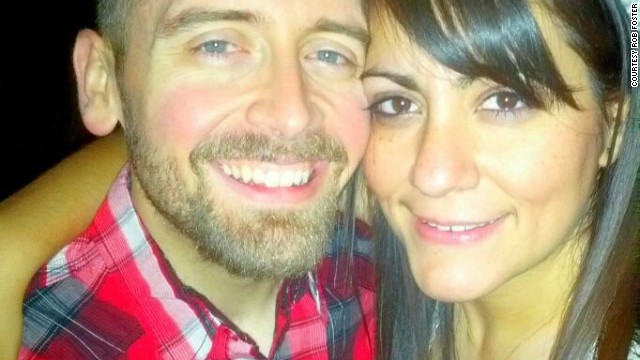 By February 2014, they were practically unrecognizable from their "before" photos. 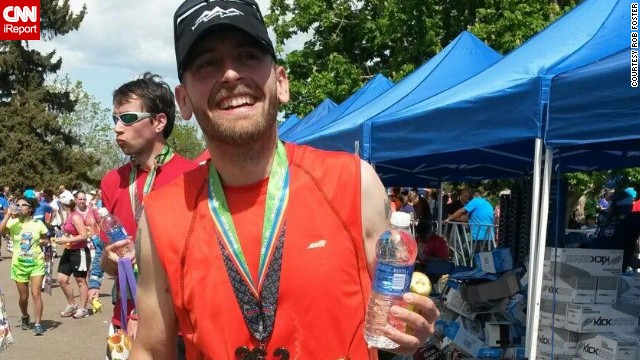 Rob, who previously thought going for a run was "unappealing to the point of agony," completed a marathon on May 18, 2014. 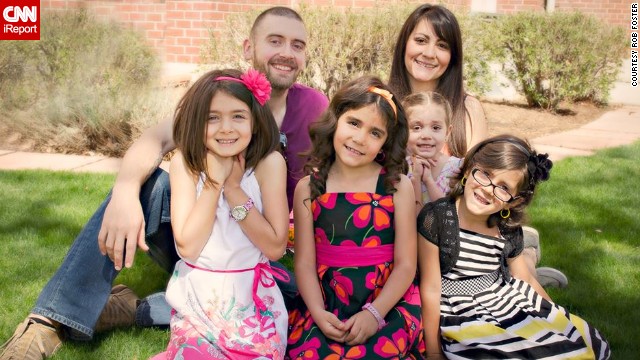 (CNN) -- By the time he hit 327 pounds, Robert Foster had been playing "the fat guy" for decades. His size was the thing that made him stand out.

Publicly, he embraced his lifestyle as a "BBQ-lovin', beef-eatin', no-veggie-buyin'" male who wore T-shirts flaunting his hefty size. There was a particularly perverse one, he says looking back on it, which read "I beat anorexia."

Could this lead to weight loss magic?

Privately, he was resentful that he wasn't thinner. He felt angry when he couldn't bear to take his four little girls to the park because he was too exhausted from unloading groceries. He resented being told he was too big for the seat-belt latch on amusement park rides.

His wife, Jessica, was also obese, at 287 pounds. Unlike Rob, she felt invisible. Customers at the bank where she worked stared past her as they made their transactions. In late 2011, a close family member made a comment at the dinner table that stuck with her:

"She used to be something to look at. Not anymore."

In late March 2012, the Colorado couple had an emotional conversation. Jess was coming up on her 30th birthday and was sick of the way she looked and felt. They had had talks like this before, where they talked about needing to change, but something was different that night.

"I adore my kids and I love my husband very much, but there was that point I hated myself so much. I wasn't giving them the full me because I was disgusted," Jess said. "You have to look in the mirror and say, 'Am I going to allow this to continue or am I going to stand up and make those changes?' A light turned on upstairs."

The next week, she began taking Zumba classes. In just a few weeks, she had lost 14 pounds -- enough to motivate her to take on new physical challenges. She moved on to bikes and treadmills and made sure to sweat for an hour at least three times a week. After that, there was no turning back, she said.

Rob was a little slower to change -- the thought of going for a run was "unappealing to the point of agony" -- but he started playing tennis and stopped taking seconds at dinner.

In the summer of 2012, they added other physical activities that didn't feel like working out, like hiking and recreational swimming with their kids and friends. They got hooked on the physical highs and wanted to do more.

Rob joined Jess in training for a 5-kilometer race that December. He walked as much as he ran, and Jess finished way ahead of him. But something in him changed.

"The race environment and the high fives and the feeling of accomplishment became addicting to me," he said. "After that day, I swore I would work to run a 5k without slowing to a walk."

In Rob's words, "it got crazy from there."

The more he ran, the more he felt he needed to run. When he put on his sneakers and took off, "I felt like my whole life was skyrocketing upward," he said.

A few months after that first 5k, he ran his second, this time without walking. Then he did his first 10-mile run. And in May 2014, he ran his first marathon. By then he was 160 pounds lighter.

Throughout the process, the couple used a calorie-counting app to keep track of everything they ate. They knew they wanted to break their family's cycle of unhealthy relationships with food while their children were still young.

"It got to the point where we realized it didn't matter what we fed them," Rob said. "If we weren't eating the same way or if we were overeating, they were going to follow our example."

The Fosters began shopping only the periphery of grocery stores, never entering the aisles unless it was for cereal. They added more fruits, vegetables and lean white meats and fish. They also began cooking everything they ate from scratch, including breads, dressings and sauces.

"Our whole philosophy towards food was adding good things," Rob said. "What we found was, the more and more good things we added, the less we craved the garbage."

After months of a diet rich in whole grains, green vegetables and lean meats, they recently made the decision to go vegan for health, environmental and ethical reasons.

Rob and Jess now each weigh 167 pounds, down a collective 280 pounds. Jessica has lost 120 pounds from the start of their journey; Rob has lost 160. They feel healthier, happier and ready to tackle the world.

Rob, a former bank branch manager, has gone back to college to pursue a bachelor's degree in integrative physiology with the goal of entering medical school. This May, he completed his first year of college.

He's not "the fat guy" anymore, and he's fine with that.

Jess feels pretty great, too. Now a size 10, down from size 24, she's still getting used to people paying attention to her. She re-entered the workforce in July 2013 after five years as a stay-at-home mom and was surprised at the difference in how people treated her.

"A lot of people became very friendly and were really looking at me in my face, instead of this blank stare. ... And obviously, the opposite sex was more playful, always complimentary. I never had that. Never, ever, ever," she said.

"I love myself. I like what I'm seeing in the mirror. I know there's some work to still be done, but I'm such a different person than I was before."