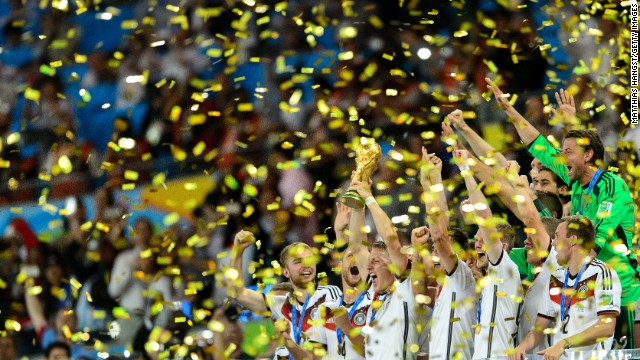 The rebuilding and restructuring of German football paid dividends on Sunday as it lifted the World Cup after victory over Argentina in the final. It was a process that began amid turmoil in 2000.... 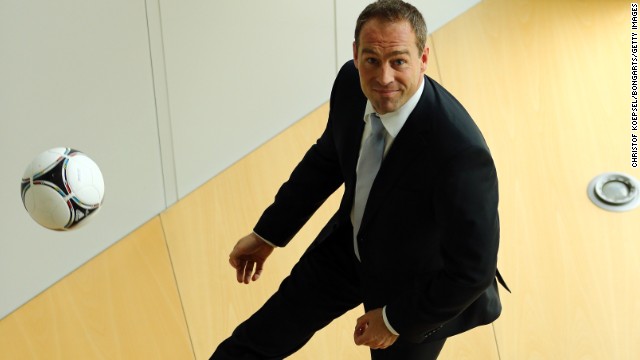 After the country's disastrous showing at Euro 2000, Ulf Schott, director of youth and education at the German Football Association, set out a well-thought strategy to improve German football. 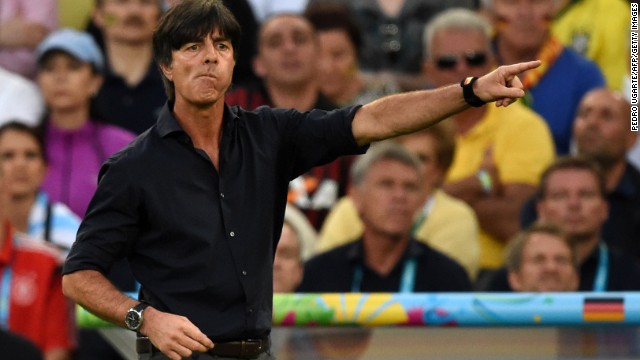 It was feared Germany would disappoint when it hosted the World Cup in 2006. Two years prior to the tournament, former national team star Jurgen Klinsmann took over as head coach with Joachim Low (pictured) as his assistant. Germany reached the semifinals of the World Cup on home soil, playing an exciting brand of football which delighted its fans. Eight years on and Low, who has been head coach since July 2006, has just led Germany to triumph at Brazil 2014. 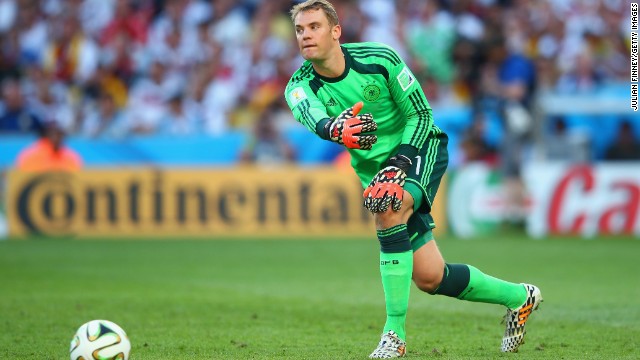 Since the turn of the century, German football has put a large focus on youth and no group of players reaped the benefits more than the team that won the under 21 European Championships in 2009. Six of the players who starred in the 4-0 win over England in the final were ever-present during Germany's victorious run in Brazil, including goalkeeper Manuel Neuer (pictured) who won the golden glove awarded to the best goalkeeper at the World Cup. 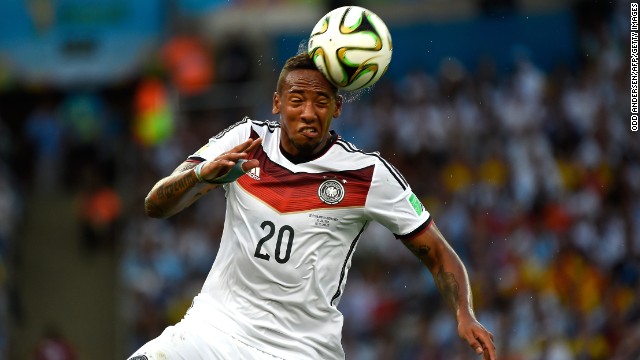 Jerome Boateng whose brother Kevin-Prince was at the World Cup with Ghana, is another player who was part of the German team during its U-21 success and also played all of his country's matches in Brazil. 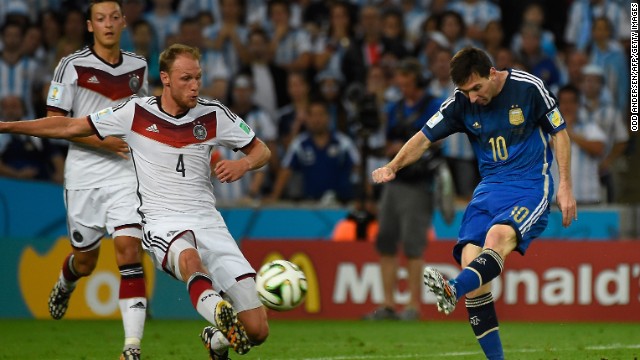 Benedikt Howedes has cemented his place as one of the starting eleven for the national team during this tournament, but he also played a key role in its 2009 success. 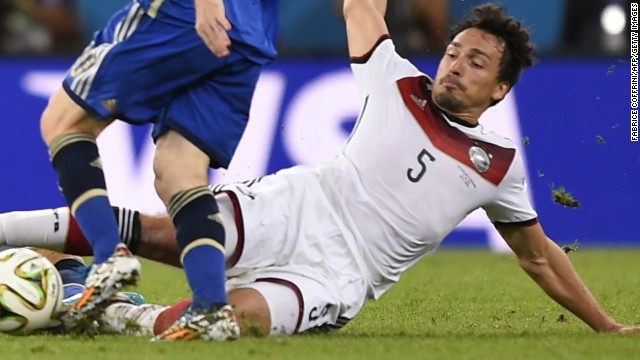 Mats Hummels is another who has impressed at this year's tournament. He has earned a reputation as one of the best defenders in Europe with Borussia Dortmund and he was also part of the under-21 team five years ago. 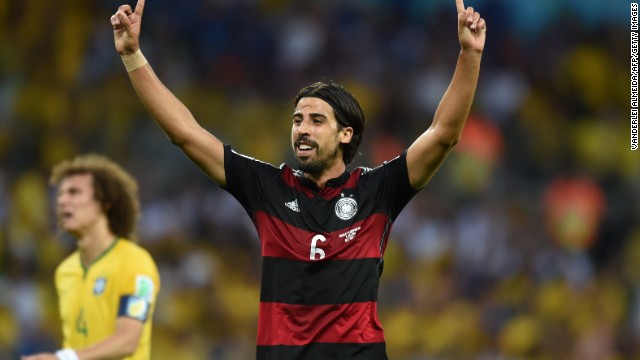 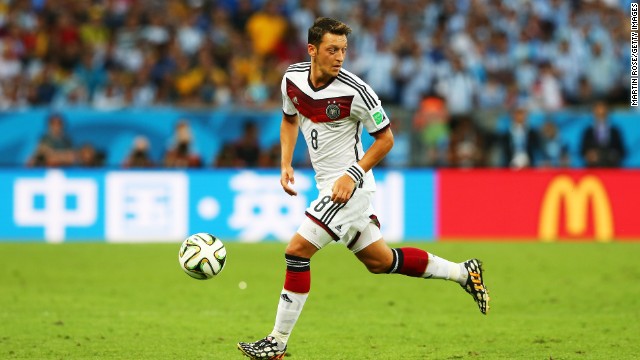 Mesut Ozil was man of the match when Germany crushed England 4-0 in 2009 and he was a fixture of Germany's triumphant team in Brazil. 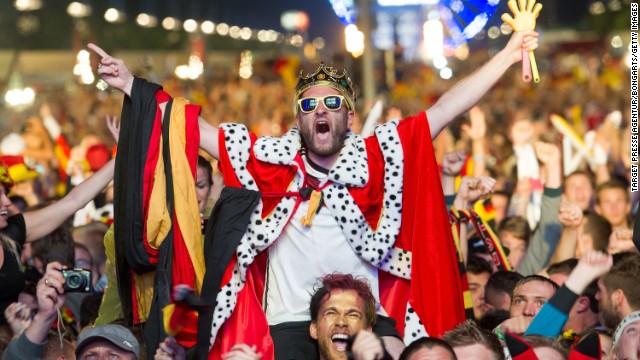 Maracana, Rio De Janeiro (CNN) -- The pressure suffocated those toiling on the grass, the gravity of a World Cup final adding weight to the air like plumbing a great depth in the ocean.

That pressure was only intensified by the anxiety rolling down the terraces of the Maracana stadium, perhaps world football's holiest site.

An estimated one billion people were watching, gripped, as the drama unfolded including a lucky, enthralled, 80,000 spectators in the seats of the arena.

Two teams, forged on different sides of the planet, had been locked in combat for 90 minutes without significant advantage.

How did Brazil handle the World Cup?

Defenses had stood resolute, goalposts had been rattled, endeavor had created opportunity that even the great Lionel Messi had failed to capitalize on.

Normal time had made way for extra time and -- with every energy-sapping minute played -- the Russian roulette of a penalty shootout edged ever closer.

The legion of spectators that stood in the bowl were emotionally intoxicated and called on all superstitious and religious powers at their disposal to deliver them from doom.

But not all in the arena had lost hope.

Individual mental fortitude is difficult to attain, but at least with self growth the ability to change remains in one's own hands.

A collective resilience, a communal resistance to set back, a refusal to be deterred from a group destiny requires careful nurture over years for all involved to believe in the same vision.

The 2014 version of Die Nationalmannschaft had been patiently planned, engineered and inculcated. They'd waited for this moment for over a decade and now was not the time to buckle.

Germany's performance in the 2002 World Cup, where they lost in the final to Brazil, helped papered over the cracks, but it would take another two years for the real changes to the national game to filter through.

"The grass roots reforms were already in place by the time Jurgen Klinnsman took over with Joachim Low in 2004," added Honigstein, referring to Germany's former and current coach.

"The 10-year development you've seen culminate in Brazil benefited from two changes being made at more or less the same time.

"Youth development was instilled to make sure young players were much better educated and had better facilities and coaching.

"And at the same time there was a change of philosophy and footballing ideas at the very top -- after 10 years these two elements fused quite brilliantly to deliver the World Cup.

"You have to credit the chairman of the German Football Association (DFB) at the time, Gerhard Mayer, who realized the needs for reform. He was able to get all the Bundesliga clubs, including the big ones, on board.

"They all signed up to create academies and there was a spirit of cooperation, which was especially pronounced in those years, because Germany had won the right to host a World Cup in 2006.

"There was a real fear the team and the footballing nation might embarrass themselves as hosts if they didn't make changes," said Honigstein.

Germany's blueprint for change didn't come cheap and it needed the clubs to work closely with the DFB.

"If everyone is pulling in the same direction it makes a big difference," added Honigstein.

"You need a lot of money and you need the commitment to do it. Very few countries could replicate what Germany has done.

"You have to consider they now have 366 centers of excellence for youth development throughout the country.

"Bayern Munich has also been the driving force of the national team because they produce the best youngsters, and they buy the best German players and hone them, to make them even better.

"It's no coincidence that when Bayern did well in the 1970s, 90s and now, the national team has benefited.

"Bayern, under former president Uli Hoeness, always kept the greater good of the national team at the back of their minds and that's an important factor for the success of German football," explained Honigstein.

Midfield dynamo Bastian Schweinsteiger would later dedicate Germany's final performance to Hoeness, as the man responsible for many of the players being where they are.

Such long-term planning and dedication to a single goal, by the time the last match was being played in Brazil in 2014, was in the final throes of its application.

The squad and the 11 men on the pitch were the fruition of a design drawn up long ago. The path to glory sewn into the psyche of everyone involved.

With barely seven minutes left on the clock, Andre Schurrle, a man arguably only on the pitch due to injuries to two players selected before him, picked up the ball on the left wing, just inside of the opposition's half.

With three Argentines in front of him he dared to be positive, to run forward with the ball.

Navigating a slim gully on the flank he slithered past the retreating men in blue, ever nearer to the touchline.

Five, 10, 20 yards he progressed until -- as defenders threatened to force him and the ball from the field of play -- he released a deft cross to the man in white on his right.

Mario Gotze, one of seven Bayern players in the side and a man who entered the field of play as 88th-minute substitute, acted instinctively as if he had executed this maneuver a thousand times before.

Without breaking stride he controlled the ball with a softening of his chest and then, as the near post of Sergio Romero's goal encroached, placed the ball across his body with a left-foot volley.

The German-made Brazuca ball flew into the far side of the net and the three-time world champions of Franz Beckenbauer, Lothar Matthaus and Fritz Walter, were once again on top of the footballing world, this time under Philipp Lahm's leadership.

It was a goal of sublime skill that epitomized all that has been good with Low's side in Brazil -- in one moment Gotze's goal ensured German dream had also come true.

So what now lies ahead? Germany's future might bright but Honigstein argues they have some way to go to match the traditional global love felt for Brazil's " A Selecao."

"The reality is, as soon as you start winning a lot of things people want to see you fail.

"You can play beautiful football but people soon want another team to come to the fore, and accuse you of arrogance if you win too easily.

"Germany can still grow as a team with some really exciting youngsters, the likes of Marco Reus and Julian Draxler, coming through," added Honigstein, referring to the Borussia Dortmund and Schalke attacking midfield players.

"I think the future is bright, but will Germany be adopted as the world's favorite team? I doubt it very much."

Maybe the German writer will be proved right, maybe there will always be a place in the heart of football fans for the poetry the Brazil of Pele, Zico and Rivelino invoked. But Brazil should not rest on its laurels.

Cooperation for the greater good, investment and commitment to achieve the impossible was the German solution to their crisis nearly 15 years ago.

As hosts of the tournament and so-called keepers of the soul of the beautiful game, it would be worth Brazilian football taking note as they experience their own nadir.

Infographic: Why Brazil should have won