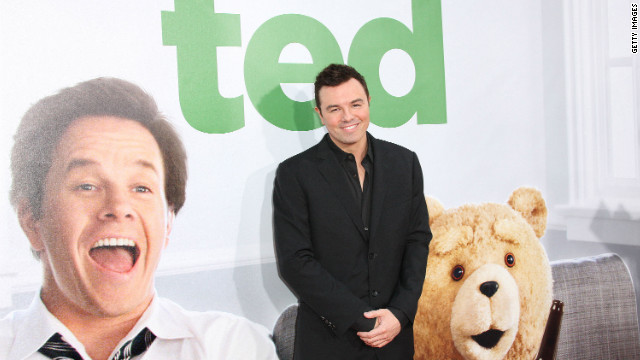 Los Angeles (CNN) -- A company that says it produced videos about a cursing teddy bear fond of prostitutes is suing Seth MacFarlane over his "Ted" movie.

"Charlie is a teddy bear who lives in a human, adult world with all human friends," the complaint filed in U.S. District Court in Los Angeles said. "Charlie has a penchant for drinking, smoking, prostitutes, and is a generally vulgar yet humorous character."

Their copyrighted vulgar bear was featured in videos on YouTube and FunnyorDie.com in 2009, three years before MacFarlane's "Ted" hit theaters, earning $549 million at the box office worldwide, the complaint said.

"Ted" tweeted on April 4, 2012: "I drink on Tuesday night to celebrate the fact that it ain't Monday night."

Both bears are "'washed-up' child stars/public personas" and "both Charlie and Ted spend a significant amount of time sitting on a living room couch with a beer and/or cigarette in hand," the lawsuit contends.

MacFarlane and Universal Pictures, which also is named as a defendant, did not immediately respond to CNN's request for comment.