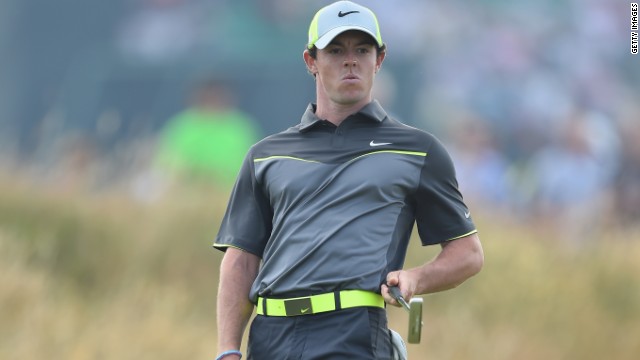 Rory McIlroy reacts to a putt on the seventh hole during the second round of The 143rd Open Championship at Royal Liverpool. The Northern Irishman leads the field at 12-under-par. 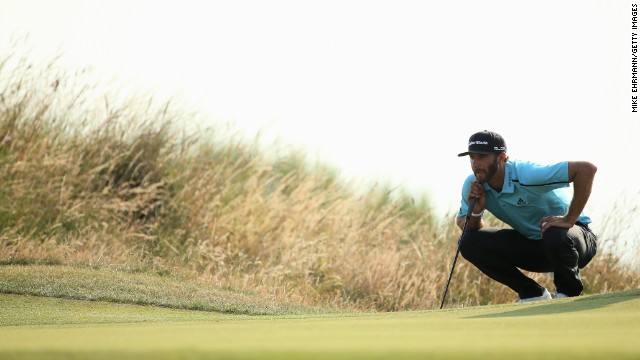 Four shots back in second place after day two is Dustin Johnson of the U.S. 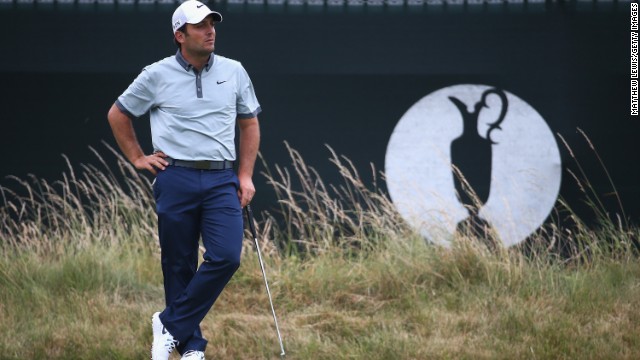 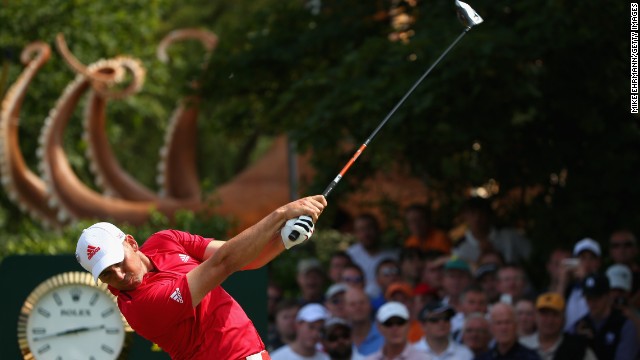 Also in the mix at 6-under-par is Sergio Garcia of Spain. 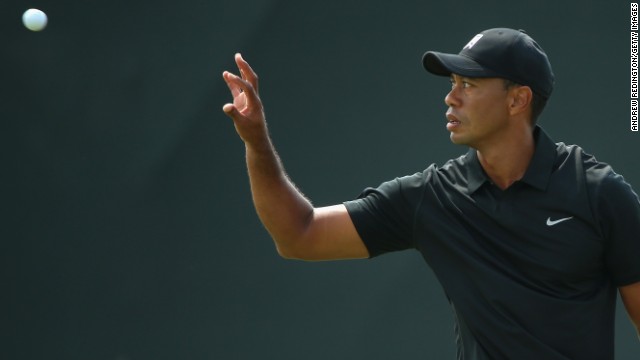 It was a tough day for Tiger Woods who fell away after a promising opening round and only just made the cut. 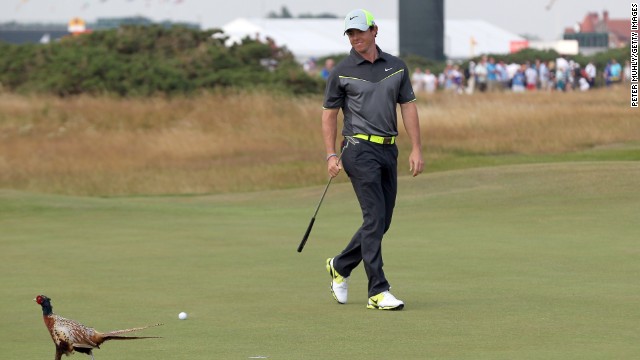 (CNN) -- It's been a year of up and down form for Rory McIlroy, but could major championship winning consistency finally be on the horizon?

The Northern Irishman stretched his overnight lead at the British Open at Hoylake Friday with a majestic second round of 66 -- matching his score Thursday -- to finish the day on 12-under-par.

Despite starting with a bogey at the first, McIlroy recovered to sink seven birdies and comfortably leads the way from America's Dustin Johnson who lies four shots back in second place at 8-under-par.

It was almost a disastrous day for Tiger Woods, however, as the three-time Open champion carded a round of 77 to end the day at 2-over-par and only just make the cut.

After an opening round of 69, Woods was only three shots off the pace going into Friday but dropped like a stone on an often windy but sun-kissed afternoon on England's northwest coast.

In truth, Woods exhibited the kind of frustrating yo-yo form between first and second rounds that has inhibited McIlroy over the past months.

Just last week, McIlroy backed up an opening round of 64 with a 78 to slip off the way off the pace at the Scottish Open.

There were to be no such worries Friday, however.

There was even a moment of light relief when a pheasant wandered across the eighth as McIlroy prepared to putt.

Caption this: Rory is interrupted by this pheasant on the 8th. (He birdied the hole) #TheOpen pic.twitter.com/Gx6KiQ5Vy9

"I just wanted to stick to my gameplan," McIlroy told BBC Sport upon reaching the clubhouse. "I had a shaky start with a bogey at the start but settled in and just played really well."

Looking towards Saturday and the stormy weather that is forecast for the early morning, McIlroy added that he hopes his major championship experience will stand him in good stead.

"Depending on what weather we get, I'm looking forward to it. I've been in this position before and enjoyed it and I'll try to enjoy it again," he said.

McIlroy will have to watch out for the red-hot Johnson whose impressive 65, which included seven birdies, was the lowest score of the day.

The 30-year-old South Carolinian has yet to win a major but revealed he was relishing the challenge at Hoylake.

"I'm glad I'm in the last group and playing with Rory," Johnson said. "But I've got to go out and play my game. I can't worry about what he is doing. I'll just go out there and try to shoot a good number."

Further back, Francesco Molinari will also fancy his chances if he can replicate the shot-making he displayed on the back nine after a tough start while Sergio Garcia is still in with a shot of claiming his illusive first major.

"I played some really good golf on the back nine and I'm happy with what I did," Molinari said. "I usually keep an eye on the leaderboard but it's still tough conditions out there. You need to be 100% focused on what you're doing."

Despite a brutal of round that saw him record two double bogeys, Woods struck a similarly optimistic tone in conversation with reporters.

He even highlighted the dramatic victory of Paul Lawrie at the 1999 Open at Muirfield as his inspiration for the weekend.

Elsewhere on the course, there was no luck for big hitters Ernie Els, Bubba Watson and Lee Westwood who all missed the cut.

Read: Why this is "The People's Open"