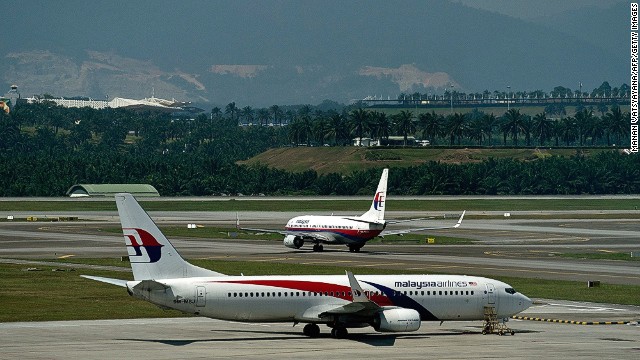 A Malaysia Airlines plane taxis on the runway at the Kuala Lumpur International Airport on July 20.
STORY HIGHLIGHTS

(CNN) -- Following last week's Malaysia Airlines Flight 17 disaster, the carrier says it will offer full refunds to travelers who wish to cancel their tickets, while those wanting to postpone their flights can do so without penalty.

"In light of the MH17 incident, Malaysia Airlines will be waiving any change fees for passengers who wish to make changes to their itinerary to any MH destinations," said the airline in a statement.

MORE: Malaysian plane shot down in Ukraine: What happened?

The airline says passengers have until Thursday, July 24 to cancel or change their tickets, valid for travel until December 31, 2014.

Meanwhile, the airline announced that it's retiring the MH17 flight number out of respect for the 298 people killed on the Boeing 777, believed shot down by a missile in rebel-controlled eastern Ukraine last Thursday.

As of July 25, the new flight number for Malaysia Airlines' Amsterdam (AMS) -- Kuala Lumpur (KUL) service will be MH19.

Though such practices are common after a fatal airline accident, they're not mandatory.

"There are no changes to the frequency of our services and we will continue to operate daily services between Amsterdam and Kuala Lumpur," said the airline.

Since the MH17 tragedy, all flights operated by Malaysia Airlines that passed through Ukrainian airspace have been rerouted. Other airlines have taken similar precautions.

"International Air Transportation Association has stated that the airspace the aircraft was traversing was not subject to restrictions."

Rival airline Singapore Airlines apologized on Sunday for what many social media users said was an insensitive series of tweets and Facebook postings relating to its own flight path.

MORE: Should Malaysia jet have flown over Ukraine?

Customers may wish to note that Singapore Airlines flights are not using Ukraine airspace.

"The post was in response to many requests from our customers who had asked for information about our flight routes for their upcoming flights with us.

"We recognize that the information could have been better communicated and we sincerely apologize if it had offended our customers and anyone else in the online community."

MORE: 'Moment of truth' for Putin

Part of complete coverage on
Malaysia Airlines Flight 17
What I saw at the MH17 crash site
updated 7:34 AM EDT, Tue September 9, 2014

"There were many scenes that defied logic," writes OSCE spokesman Michael Bociurkiw, who was one of the first international observers to arrive at the site.
The bitter lessons of MH17
updated 6:55 PM EDT, Tue July 29, 2014

During the last four months, the people of Ukraine have been fighting for their freedom, independence and European path in a war started by Russia-backed terrorists and their accomplices.
What we found at MH17 crash site
updated 7:08 AM EDT, Thu July 31, 2014

A nun, an AIDS researcher, an athlete and a family traveling on summer vacation. These were some of the victims aboard MH17.
Young MH17 victim feared crash
updated 8:29 AM EDT, Sat July 26, 2014

The mother of two brothers killed in the MH17 plane crash has spoken of her regret at not taking her youngest son's fears over the flight seriously.
MH17 victims' bodies transported
updated 2:01 PM EDT, Sun July 27, 2014

A long line of hearses, accompanied by police, carried the remains slowly toward a Dutch military base, where forensic investigators will begin the grim work of identifying them.
How flight attendants keep flying after air disasters
updated 2:08 PM EDT, Fri July 25, 2014

Seeing the images of the mangled wreckage of an aircraft after a crash is difficult for any flight attendant.
Things to know about Russia and sanctions
updated 7:04 PM EDT, Thu July 24, 2014

The United States and its allies are angrier at Russia now over Ukraine, but will they do anything more about it -- especially Europe?
Many flights soar over conflict zones
updated 3:00 AM EDT, Thu July 24, 2014

When passengers boarded Malaysia Airlines Flight 17 last week, they couldn't have known they were about to fly over a battlefield.
Who are Ukraine's pro-Russia rebels?
updated 5:25 AM EDT, Wed July 23, 2014

The horrifying crash has put the pro-Russia rebels center stage -- and raised all kinds of questions about who they are, what they want and who's in charge.
An arsenal that can reach the skies
updated 11:40 AM EDT, Sun July 20, 2014

Some contend that larger weapons have come into Ukraine from Russia.
Aerial view of the crash site
updated 1:04 PM EDT, Mon July 21, 2014

Aerial photos show the scale of the crash site and help investigators to answer lingering questions.