Out of this world: The best selfies from space 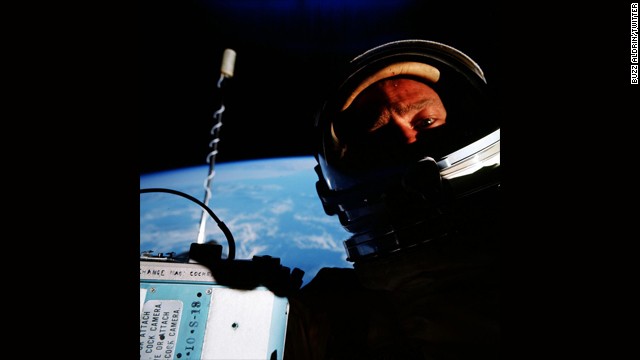 He may be best known for joining Neil Armstrong on the historic Apollo 11 moon landing in 1969, but that wasn't the only time Buzz Aldrin had a hand in history. Three years before the moon landing, while on the Gemini 12 mission in 1966, he unknowingly made history when he snapped the "first space selfie." 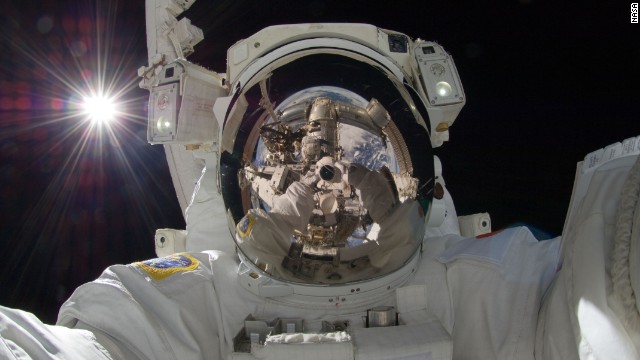 Japan Aerospace Exploration Agency astronaut Aki Hoshide took this breathtaking selfie during Expedition 32 on September 5, 2012. Using a digital stills camera while on the third spacewalk of the voyage, Hoshide reflects the Earth in his helmet visor with the sun brilliantly visible in the top left corner. 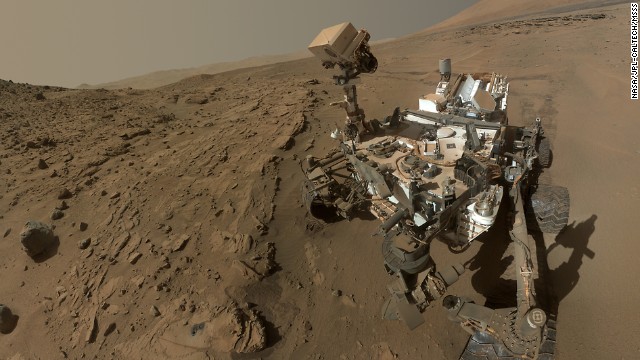 Even the robots are getting in on selfie fever! NASA released a self-portrait taken by the Curiosity rover on June 24 2012 to commemorate being on the Red Planet for a full Martian year (687 Earth days). While this intricate selfie looks fab, the exploration rover hasn't always taken the best shots ... 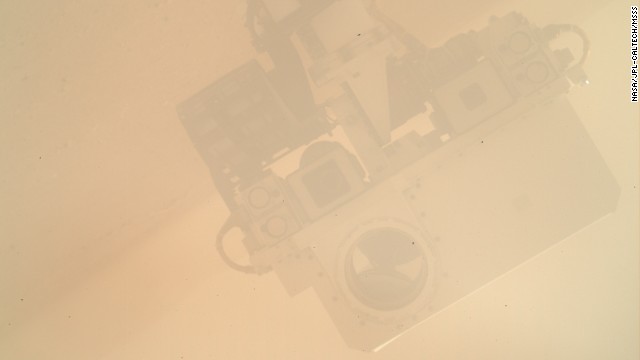 This was the first attempt at a selfie Curiosity made back on September 8, 2012. In this upside down Wall-E-esque snap, the sandy surroundings were captured by the rover utilizing its Mars Hand Lens Imager, found at the end of its turret arm. To see the rest of the tech onboard Curiosity, explore this interactive. 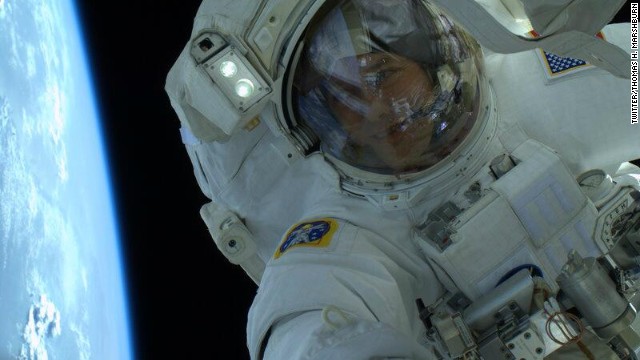 NASA astronaut and flight engineer Tom Marshburn posted this stellar shot from his twitter account (@AstroMarshburn) on May 13, 2013 as his latest expedition to the International Space Station (ISS) was drawing to a close. 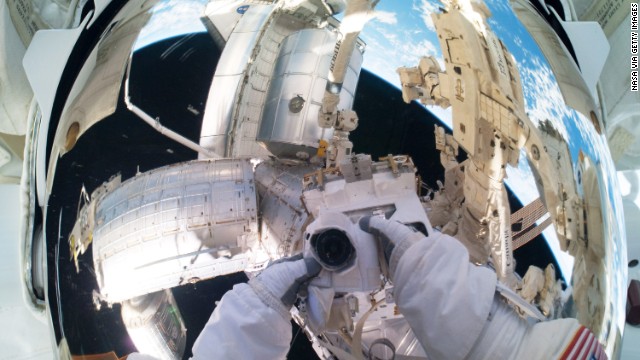 During Expedition 28, NASA flight engineer Mike Fossum took a selfie showing the ISS in the background while on a six-and-a-half-hour spacewalk on July 12, 2011. Not only was this the 160th spacewalk devoted to the assembly and maintenance of the ISS -- launched in 1998 -- but this was also the final mission of the space shuttle program, which began in 1981 with the launch of Columbia. 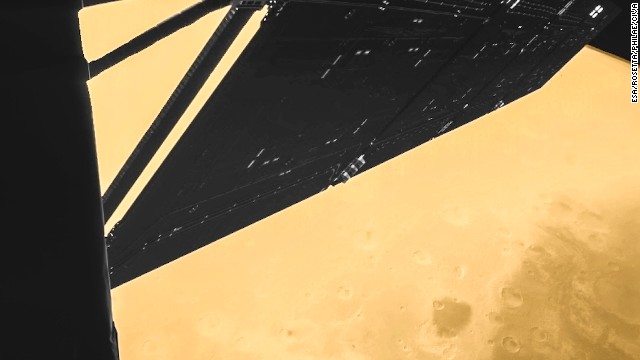 Captured in February 25, 2007, the CIVA imaging instrument located on Rosetta's Philae lander snapped this self-portrait with Mars glowing majestically in the background. At the time of selfie, the orbiter was just 1,000 kilometers away from the planet. The spacecraft's 10-year mission should finally come to fruition in August when it reaches its target destination -- with its robotic lander landing on the 67P comet while Rosetta orbits it for 17 months, to provide the most detailed comet analysis to date. 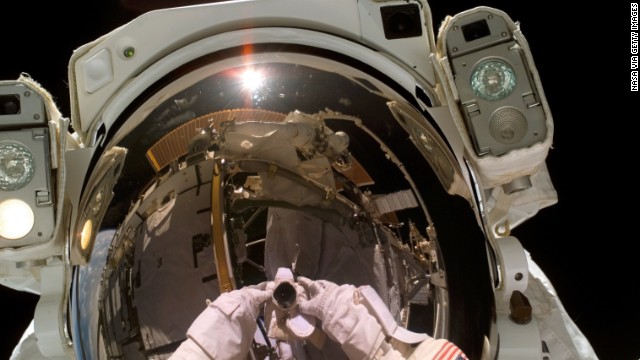 Astronaut Heidemarie M. Stefanyshyn-Piper, STS-115 mission specialist, takes a self-portrait during a spacewalk on September 12, 2006 that marked the continuation of construction on the ISS. 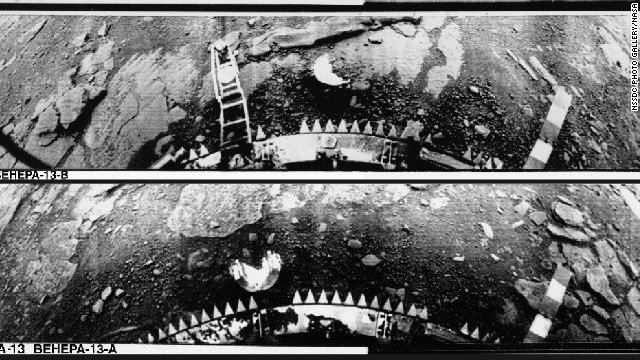 (CNN) -- "Gee whiz! Look at that horizon. It's curved a little bit and the clouds are way down there. I wonder what the picture's going to look like?" recalls famed astronaut Buzz Aldrin.

He's perhaps best known for becoming the second person to walk on the moon, as part of the 1969 Apollo moon landing, but Aldrin unknowingly made history when in 1966, he snapped the "first space selfie." Taken while on the 10th and final Gemini mission -- Gemini 12 -- Aldrin revealed the story behind the selfie to CNN.

"I didn't realize I was pioneering the selfies," he says with his usual wide-eyed enthusiasm.

"We were docked to the other spacecraft, Agena. There was an experimenter from Northwestern University and he wanted pictures taken of ultraviolet stars. So we could only take pictures at night."

He adds: "During the day pass, I'm looking down at the Astrodome, some of the lakes around Houston, so what am I going to do during the daytime? Look at the camera and hit the button."

And that was that. Aldrin had just snapped what he claims is the "first selfie in space."

Today it's the norm and NASA has gotten incredibly good at sharing the best shots with the world on social media.

But it's not just astronauts. Scientists and engineers are getting in on the action, too, by having the robots and orbiters out and about the galaxy take happy snaps of their alien surroundings. Scroll through the gallery above to see more.

Meanwhile, almost 50 years on, Aldrin reflects on his other "first" and concedes he took the pioneering pic out of boredom.

"What for? I don't know. I wondered what I looked like. Another claim to fame for Buzz," he says leaning forward with a cheeky grin on his face.

READ: Do we need to go back to the moon?

SEE: The cosmos in pictures