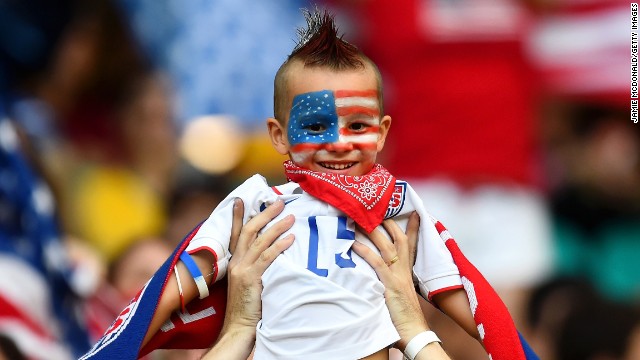 The United States soccer team's display at the World Cup in Brazil sparked new interest in the game in America. The team, roared on by its fans -- many of whom made the trip to Latin America -- reached the round of 16 before being knocked out by Belgium. 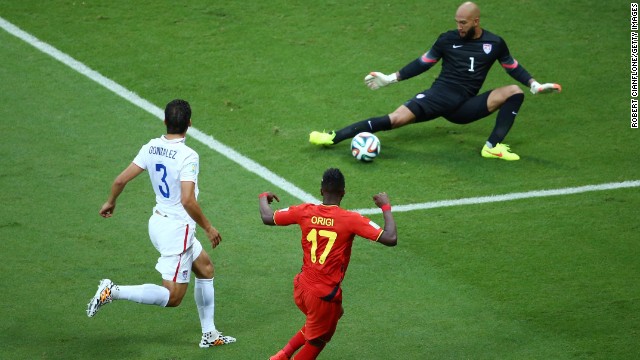 Team USA goalkeeper Tim Howard became a national hero after he made a remarkable 16 saves in the 2-1 defeat to Belgium. Social media was awash with tributes to the Everton stopper, who was christened the "Secretary of Defense" -- a measure of how the tournament captured the imagination. 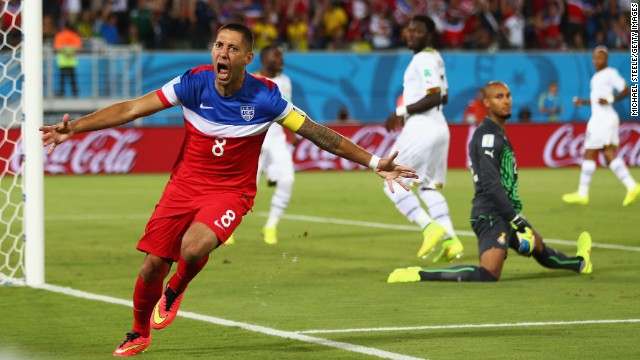 According to Nielsen figures, 25 million television viewers tuned in for the United States' opening draw with Portugal. Even after they were eliminated those stats remained strong -- 26.5 million watching the World Cup final between Germany and Argentina. 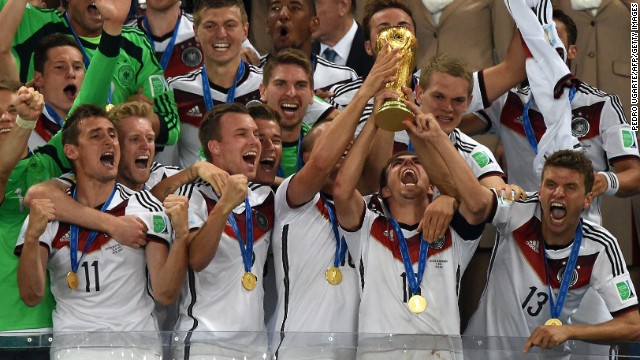 Now a clutch of Europe's top clubs are heading to the States to try and tap into this new love of soccer and build their following across the pond. German champions Bayern Munich are one -- its captain Philipp Lahm lifted the World Cup with Germany in Brazil. 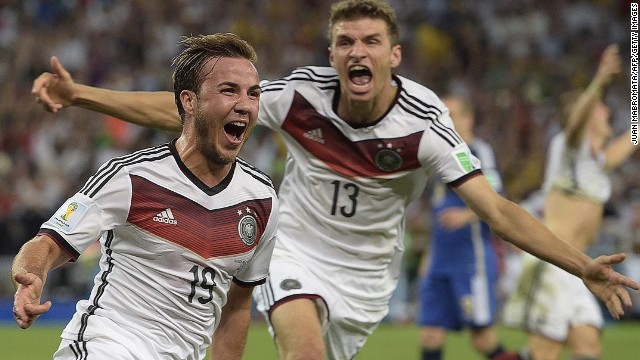 Bayern has a host of international stars in its ranks, including Mario Goetze, the man who scored the World Cup winning goal for Germany. Though it is likely he, goalkeeper Manuel Neuer, midfielder Bastian Schweinsteiger and striker Thomas Muller -- who scored five times in Brazil -- will be rested for the U.S. trip. 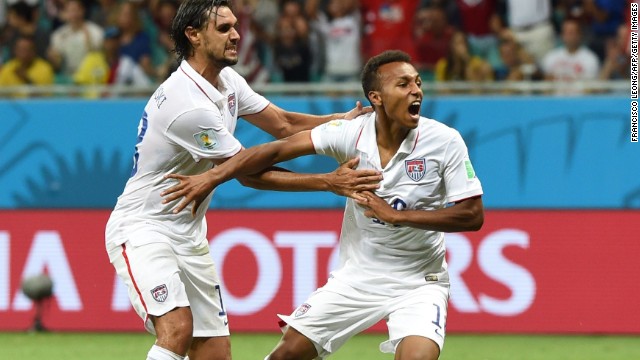 Julian Green will be part of Bayern's squad though. The 19-year-old scored a stunning volley for the United States team in their last 16 defeat to Belgium to become the youngest USA scorer at a World Cup. But he has a battle on his hands to break into Bayern's first team. 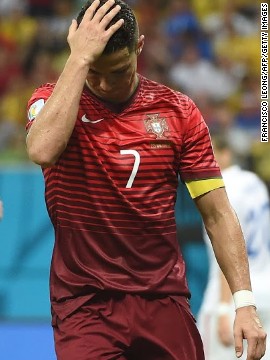 Cristiano Ronaldo didn't enjoy the happiest of World Cups as Portugal were beaten to second place in their group by the USA. His Real Madrid teammates are one of the biggest draws in the International Champions Cup tournament. 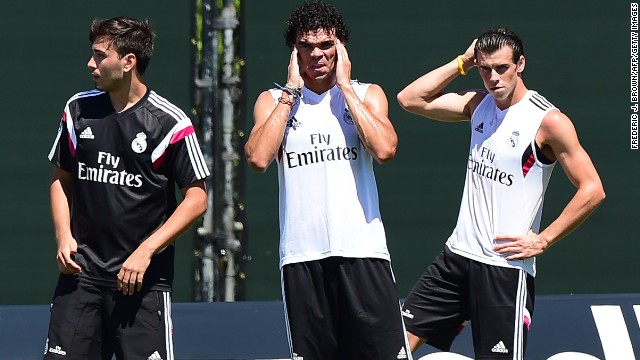 Gareth Bale (R) and Pepe (center) tune up in Los Angeles ahead of Real's opening game. The Spanish giants, who won the European Champions League last season, face Italian side Inter in their first match, hoping to attract a legion of new fans. 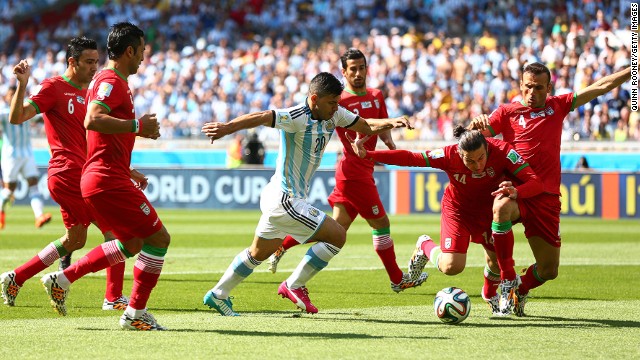 Sergio Aguero's Argentina side were beaten in the World Cup final by Germany. His teammates at English champions Manchester City are stateside and take on AC Milan in Pittsburgh on July 27. "A lot of people still ask 'when is soccer going to make it in the United States?' I think it has," Daniel Wiersema, a soccer fan from Austin, told CNN. 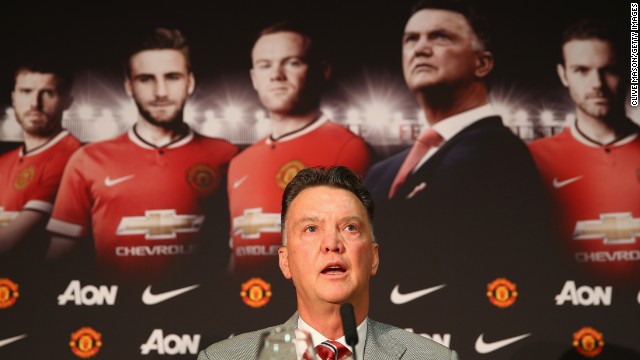 Louis Van Gaal will take charge of Manchester United for the first time against Major League Soccer (MLS) side Los Angeles Galaxy at the Rose Bowl on Wednesday. "If an American becomes a lifetime Manchester United fan following a tour game, the lifetime flow of income from them is potentially very significant for a club," professor Simon Chadwick told CNN. 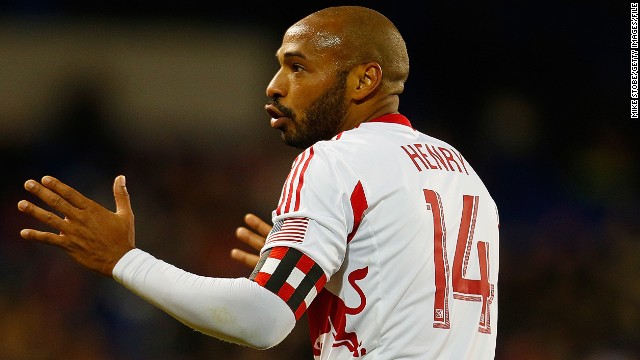 These high-profile tours disrupt MLS matches, given their season runs from March to October. But the trade off is seen as a worthwhile. "It's the unique position of U.S. soccer that we have a different season and a unique position that we need the profile of the global leagues to increase the local one," Wiersema added.
HIDE CAPTION
USA goes soccer crazy
Secretary of Defense
You've been Demped
America bound
Good Goetze
Green zone
The Real deal
Training day
City slickers
United States
MLS on hold
<<
<

(CNN) -- Europe's star soccer clubs have booked a summer holiday to the United States -- but this is strictly business not pleasure.

These pre-season tours of North America are nothing new but the timing could not be better.

Europe's big clubs are coming to tap into a zeitgeist that has seen a new ardor for soccer sweep the country. since Team USA's heroics at the 2014 World Cup.

"It's the perfect time to go," Arsenal manager Arsene Wenger -- whose team are making the trip for a one-off game against the New York Red Bulls Saturday -- told the club's Arsenal Player channel.

"It is the first time since I (started to) go to World Cups that I've been stopped by so many American people.

"I can tell you something I'm completely convinced of -- before people didn't know who you were, but now every American guy I met knows Arsenal, knows England and knows the Premier League."

This summer's football fiesta in Brazil certainly fanned the flames of soccer in the United States.

Team USA's draw against Portugal in the group stages became the most-watched soccer game in U.S. history when it attracted 25 million television viewers, according to Nielsen figures.

Those statistics put soccer ahead of baseball's 2013 World Series average of 15 million viewers on Fox while the NBA Finals delivered a similar figure for ABC.

Even after the U.S. team's dramatic extra-time defeat to Belgium in the last 16, which attracted 23 million viewers, the TV audience stayed tuned.

A new record of an estimated 26.5m fans watched the final between Germany and Argentina.

"A lot of people still ask 'when is soccer going to make it in the United States?' I think it has," Daniel Wiersema, a fan from Austin who traveled to watch the U.S. team at the World Cup, told CNN.

"Compared to 2010, we saw significant interest the very moment the tournament kicked off and then a swelling interest as the U.S. progressed through the group and elimination stages.

"At the World Cup in Brazil the U.S. had a home field advantage because there were so many American fans at the games.

"On social media the followers and likes for Major League Soccer (MLS) has grown hugely and U.S. Soccer held viewing parties in Chicago that were so big they had to move them to Soldier Field (home of the NFL team Chicago Bears)."

With memories of the World Cup final still fresh, European clubs are landing on U.S. shores this week to stoke the glowing embers.

German champions Bayern Munich and English Premier League side Tottenham are among other clubs hitching their wagons to road trips across the U.S.

"There have been three ages of overseas football tours," Professor Simon Chadwick, founder and director of the Centre for International Business of Sport and a professor at Coventry University Business School, explained to CNN.

"Firstly, tours were about easing players back into the football season after the summer break; then, they became PR vehicles for clubs seeking to build profile and presence around the world.

"But we are now in the third age, where strategic development of key target markets and long-term fan engagement are important.

"The short-term financial gains are likely to be less important than the long-term value of playing such matches.

"If an American becomes a lifetime Manchester United fan following a tour game, the lifetime flow of income from them is potentially very significant for a club."

The incentives for the touring clubs might be obvious but these habitual pre-season tours interrupt the regular MLS season, which unlike the domestic leagues in Europe, runs from March through October.

With Europe's finest flaunting some of the world's biggest names, is there any danger that these high-profile tours are in danger of inhibiting the domestic game?

"You could say on one hand it's a distraction because it's in season and that these teams need to focus on their domestic season," adds Wiersema, who is also the founder of the Free Beer Movement which aims to build American soccer through social events.

"You wouldn't see Man United or Chelsea taking time off in the middle of the Premier League campaign to cash a check.

"But it's the unique position of U.S. soccer that we have a different season and a unique position that we need the profile of the global leagues to increase the local one. It's a double edged sword."

Clint Dempsey: We need to do better

Negrin from Brazil: It's a frat party

But, as she told CNN, there is a silver lining: "I believe most of the MLS franchises are doing all of the right things to maximize attendance and brand recognition because no one does that better in sport than American clubs.

"I believe this World Cup has been somewhat of a game changer -- at least in the short term -- for football as I cannot remember such a high level of patriotism and overall interest from Americans."

Hession believes the loosening of MLS's designated player rule, which allows franchises to sign stars that would ordinarily be outside their salary cap, is vital in helping it attract valuable expertise.

"So long as the MLS can expand the DP rule and get more players out here, and coaches and trainers, who will make the American's better players in the long run, there's no reason we can't produce a Cristiano Ronaldo."

Many of the World Cup stars may well be on show on U.S. shores in the coming weeks.

Bayern, winners of the German Bundesliga, also boast U.S. attacker Julian Green in their ranks. He became the USA's youngest World Cup scorer after his goal in the defeat to Belgium.

Attracting players of this quality to the MLS regular domestic league is arguably the key to driving the U.S. domestic league to a level closer to its global counterparts.

"MLS is on its way with big names like U.S. internationals Bradley and Dempsey coming over," Carisa Donahue, who traveled to watch Team USA at the World Cup in Brazil on her honeymoon with new husband Shane, told CNN.

"It's tough because there are some good names playing here but it's often players at the end of their careers.

"If we got some European or South American players who were in their prime they could help to bring the MLS to global standards."

Wiersema agrees: "It's easy to be cynical about these tours in the short-term and say the European teams are just here for a pay day but from an American perspective I see it as inspirational.

"Seeing clubs with such a rich history allows us as Americans to dream big.

"Someday I want my local American soccer team to have the same international respect as a Manchester United.

"It's a worthy goal to think that MLS can one day be on a par with the Premier League, La Liga, the Bundesliga and Serie A."

The European visitors may well cash in on its imports this summer but, over time, it could be the U.S. who is exporting soccer back to the world.