Formula One: Mexico GP given green light for 2015 season 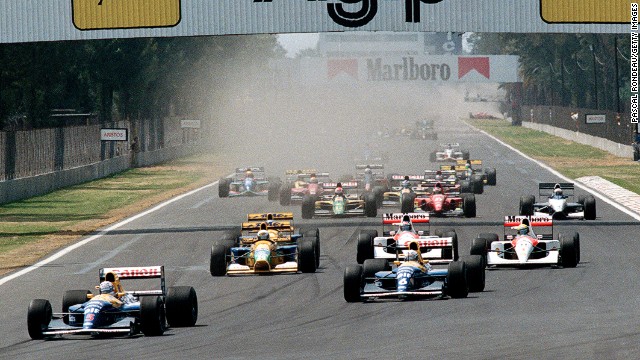 (CNN) -- Mexico is set to return to the Formula One calendar after an absence of more than two decades, F1 boss Bernie Ecclestone has confirmed.

The Mexico Grand Prix, along with races in New Jersey and South Korea, were included on the provisional calendar for 2014 only to be axed last December.

But after last year's false start, the country now looks set to host its first F1 race in 23 years.

"I'm happy to announce we've concluded an agreement to have a race in 2015," Ecclestone said, the sport's official website reported. "Don't miss this race!"

The race will be run at a refurbished 4.421-kilometre Autodromo Hermanos Rodriguez circuit in Mexico City. A date has yet to be finalized.

Tavo Hellmund, organizer of the U.S. Grand Prix in Austin, Texas and co-founding partner of the new Mexican Grand Prix said he was "delighted" a deal had been reached.

"Ever since Bernie and I began working on a race at Austin, it's been a dream of mine to help Formula One return to Mexico," said Hellmund.

"This announcement has therefore been years in the making, but we've gradually been able to assemble all the right pieces. I'm absolutely delighted," he added.

"The return of F1 to our country is a sign that the Mexican state can achieve anything." Perez wrote on his official website.

"It's a great opportunity to show the world what Mexico is and what we are capable of achieving. We're big and when we have the same tools as our competitors, we are the best in the world."

Mexico hosted official F1 racing for eight years between 1963 and 1970. The race was taken off the calendar for 15 years before returning in 1986.