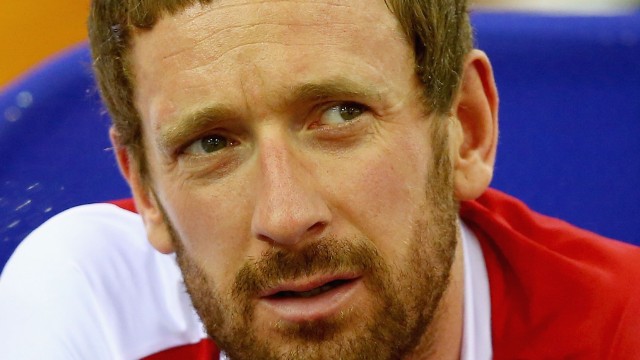 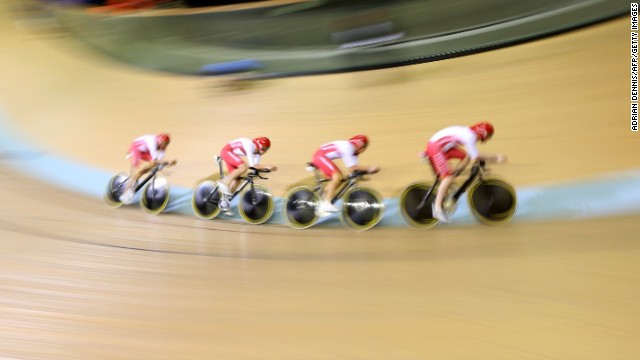 Wiggins and his teammates, pictured, finished behind Australia in the men's 4,000-meter team pursuit final. 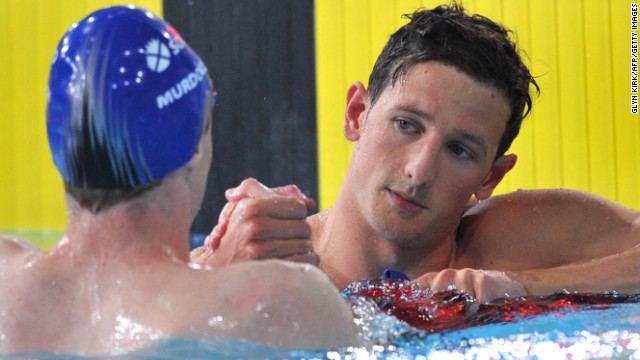 Michael Jamieson, silver medalist at the 2012 Olympics and a Glasgow native, couldn't hide his disappointment after finishing second to fellow Scot Ross Murdoch, left, in the 200-meter breaststroke final. 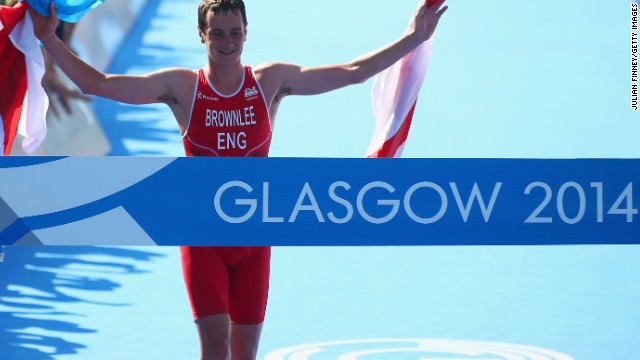 Alistair Brownlee, pictured, won gold in the triathlon at London 2012 and he followed that up by claiming top spot at the Commonwealth Games ahead of his brother, Jonny. 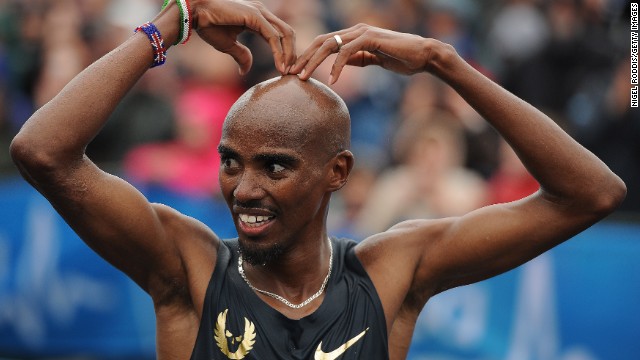 (CNN) -- After crashing in the Tour de Suisse and being overlooked by his team for the Tour de France -- he became the first British winner of the race in 2012 -- Bradley Wiggins hoped relief would come at the Commonwealth Games.

"It's given me another focus rather than just lolling about at home feeling miserable," he was quoted as saying by The Guardian.

Wiggins indeed won a medal Thursday in the first day of action in Glasgow, but it wasn't the one he wanted.

Wiggins and his English teammates could only take home silver, behind a rampant Australia, in the 4,000-meter team pursuit final.

It means that while he has triumphed in France and won four Olympic golds, he's never stood atop the podium at the Commonwealth Games.

But instead of dwelling on the disappointment, Wiggins was already looking ahead to the Olympics in Rio in 2016.

"It's two years to Rio and you can't win all the time," he told BBC Television. "We've had limited preparation.

"That's the reality of it. We'll look back on this in two years with hopefully gold medals around our necks and say this was the start point for us. That's what it's all about.

"It's going to be two years of graft now and it's so different to the road. I can't underestimate how much work it's going to take."

Despite England's runner-up finish, Wiggins enjoyed his time with his teammates.

"It's been brilliant," he said. "I said to the boys, 'It's like being on holiday.' I got to go back to work Monday morning now.

"It's been just a nice break from everything from the road."

As expected, there was a Scottish winner in the pool in the 200-meter breaststroke. What wasn't expected was that it was Ross Murdoch, not Michael Jamieson.

Jamieson finished second at London 2012 and said he wanted to set a world record at the Commonwealth Games. But the Glasgow native was slower than Murdoch in the heats and once again in Thursday's final.

He narrowly led Murdoch after 100 meters, though Murdoch won comfortably in the end -- by more than a second over his higher profile compatriot.

She was both ecstatic -- and tired.

"That was just incredible," she was quoted as saying by The Scotsman. "I literally couldn't feel my legs for the last 50 so, when I touched the wall, I was hoping and praying that I could go fast."

It was billed as brother vs. brother in the men's triathlon.

They indeed led the way and not for the first time Alistair Brownlee beat younger sibling Jonny to gold.

They were virtually tied entering the final portion of the triathlon, the run, before Alistair broke away.

This is the way to get back from and reflect on a good race. pic.twitter.com/4xNccHKyE1

"This is the goal I wanted to achieve for the season and I've done it now," Alistair Brownlee told BBC Television. "Now I've done everything I've wanted to do in my career. I don't know what to do now. Maybe I should retire," he joked.

England's Mo Farah claimed gold in the 5,000 and 10,000 meters at the Olympics in London, making his 'Mobot' celebration a worldwide phenomenon.

But Farah won't be achieving the double in track's two longest races at the Commonwealth Games after pulling out due to a lingering stomach illness.

He'll continue to train in France and hopes to return in time for the European Championships that begin August 12 in Zurich.

"I have taken the tough decision to withdraw from the Commonwealth Games," Farah told the England Athletics website. "The sickness I had two weeks ago was a big setback for me.

"Training is getting better here in Font Romeu but I need another few weeks to get back to the level I was at in 2012 & 2013.

"I really wanted to add the Commonwealth titles to my Olympic and World Championships but the event is coming a few weeks too soon for me as my body is telling me it's not ready to race yet."