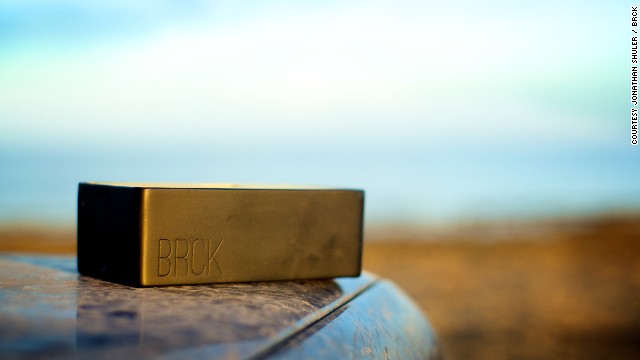 Toby Shapshak has selected Africa's most interesting startups: "From the founders of real-time info site Ushahidi comes a brick-like device that they call 'the internet's backup generator.' And that it is. The sturdy plastic-shelled device has everything you'd need to survive the wilds of the unreliably African internet, like Nairobi or Johannesburg. The BRCK has a big battery, so it can keep 20 devices connected for eight hours and is robust enough to handle power failures, poor line speeds and just general grumpiness." 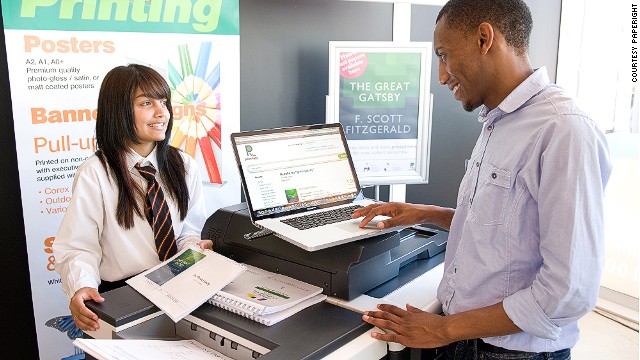 "If they gave Nobel Prizes for Bloody Fine Ideas, it would be to Arthur Attwell, whose thoroughly clever Paperight idea turns education into a win-win for everyone, from publishers to students to small print shops. Everybody wins." 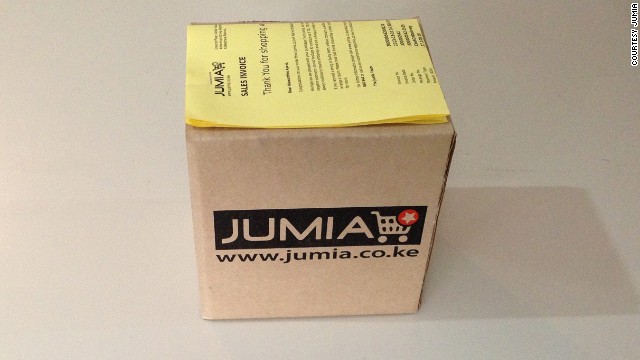 "Aiming to be the 'African Amazon,' Jumia.com offers cash-on-delivery in the populous Nigerian cities of Lagos and Abuja. Ordered online or via mobile phone, the products are driven by motorcyclist couriers to the buyers' home or business, when cash can be paid." 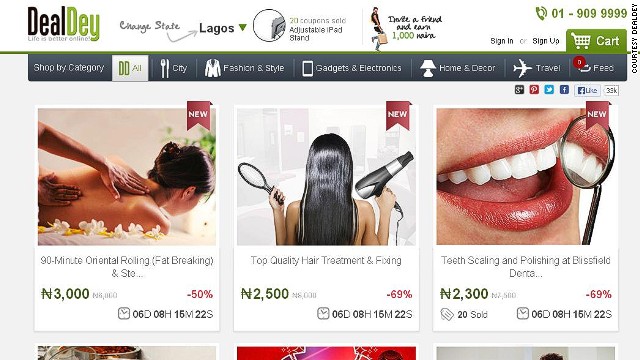 "To become Nigeria's largest deal site is no mean feat. Just ask Sim Shagaya -- this is one of the three digital giants he has created in the country. Skepticism runs high, even in Nigeria, but DealDey, which could be just another Groupon ripoff, appears to be bucking the odds." 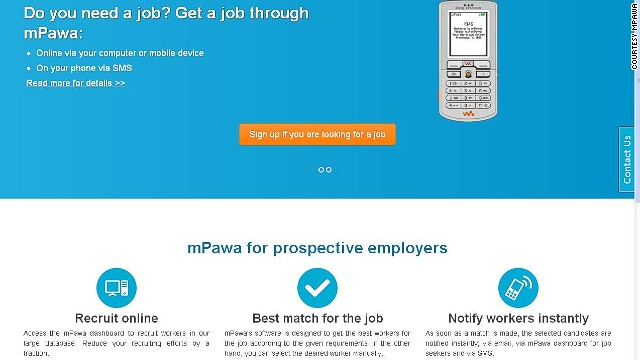 "mPawa matches employers with potential employees via skills and experience. It's also SMS-based, which is ideal given that much of Africa is mobile-only." 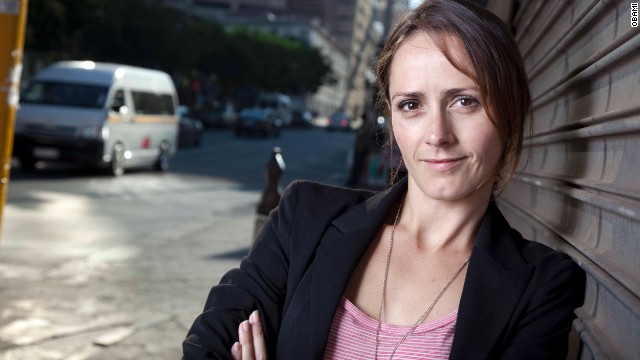 "Facebook-like education for the high school masses is the idea behind the Obami education site. The brain child of Barbara Mallinson uses the familiar Facebook paradigm as its interface, making it familiar to students, teachers and parents -- enabling group discussions and problem solving." 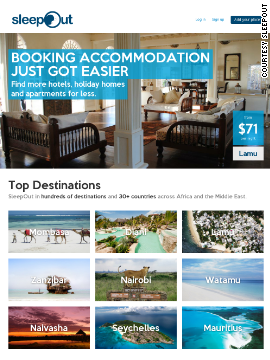 "Kind of like an AirBnb for Africa, but using SMS as much as the internet as its main interface, Kenya's SleepOut was a highlight at Pivot East in Nairobi last year. It has a touch of Lastminute.com to the bookings it offers in over 30 countries in Africa and the Middle East." 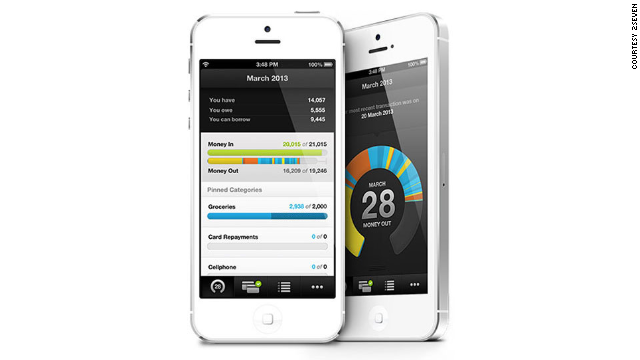 "Financial-planning site -- and now app -- 22seven.com offers a different, behavorial economics-approach to managing your finances. Snapped up by London-based Old Mutual, one of the largest insurers, 22seven is expected to deliver great things." 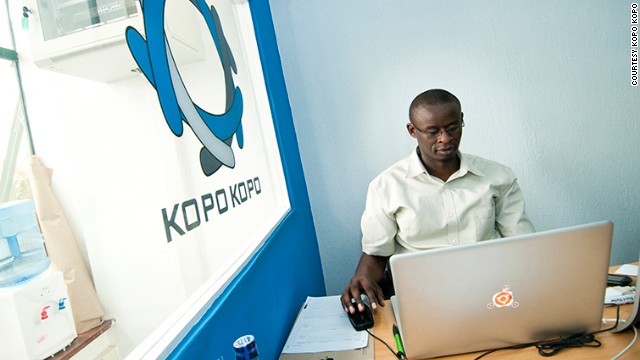 "With the Kenyan economy riding the M-Pesa wave, the key beneficiaries have been consumers using their phones to make payments. Kopo Kopo aims to make merchants the next mobile payment-enabled segment of society." 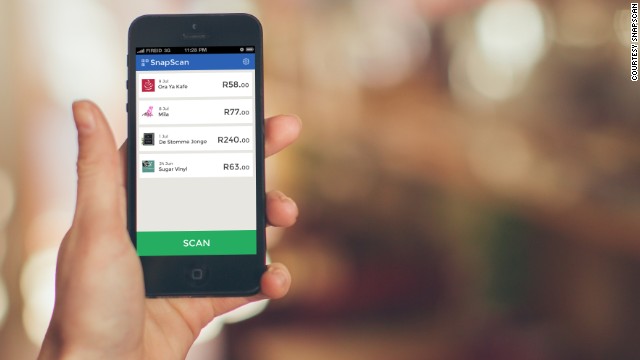 "Winner of the App of the Year Award in South Africa, SnapScan is a smart way of handling digital payments. Big things are expected of it." 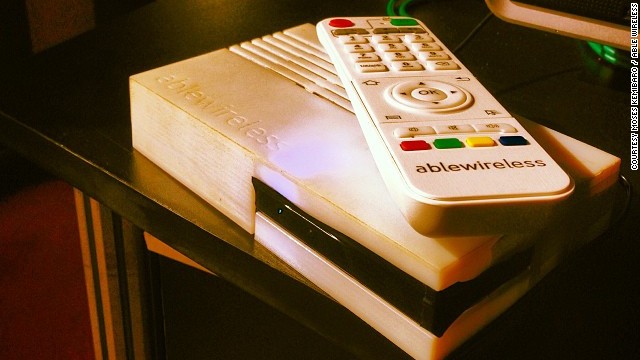 "One of the finalists at Demo Africa, Kenyan start-up Able Wireless wants to stream paid-for content for $6 per month using a household set-top box. It is an edge-of-network service that 'delivers content over a wireless network through a secure device, reducing 83% of capital and operational costs for current network providers, creating a legitimate distribution system.'" 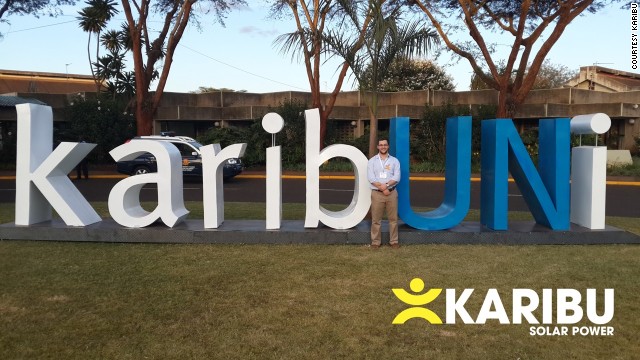 "The Karibu solar system is a small standing lamp, that is split into three components: the lamp, the battery and the small solar panel. The merchant 'rents' out the lamp and battery for a few weeks, before the renter owns the whole device, including the charger. Using the same small amounts that are typically used to buy kerosene, Karibu provides light but also power to charge cellphones."

"Mxit, which was the largest social network in Africa before Facebook took that title earlier this year, has a new focus under new CEO Francois Swart and chairman Michael Jordaan, easily South Africa's most charismatic business figure. It also has 7.5-million users, with 6.5 million of them in South Africa -- all emerging middle-class consumers who want to buy your brand." 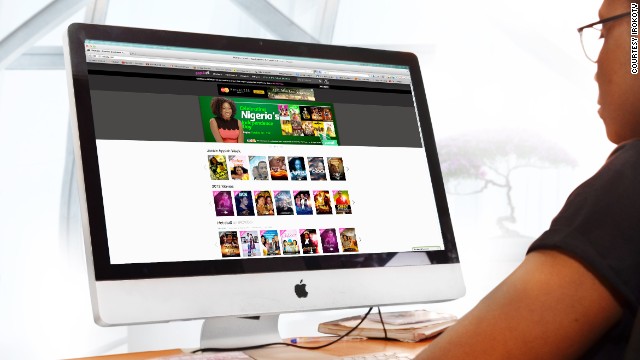 "Everyone knows Nigeria's film industry, Nollywood, is the Bollywood of Africa -- especially Nigerians abroad, who want to keep watching their favorite cinema. They do this through, iROKOtv, which calls itself "the world's largest online distributor of African content.'" 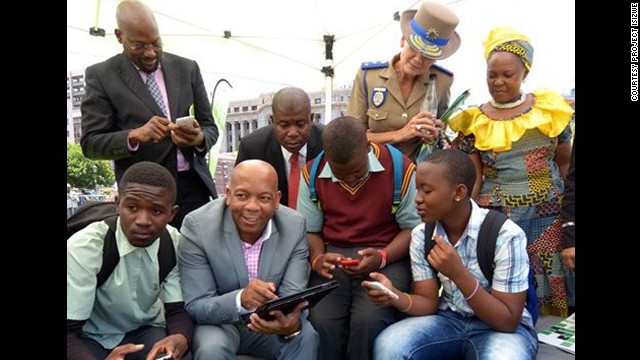 "Promising 'Free Wi-Fi For Africa' is a bold statement, but not when you're Alan Knott-Craig, the erstwhile CEO of Mxit and you're passionate about something like this," says Shapshak. Rather than a business, Project Isizwe is a non-profit organization aiming to bring online connectivity to people across the continent, by facilitating the roll-out of free Wi-Fi for public spaces in low income communities.
HIDE CAPTION
1. BRCK
2. Paperight
3. Jumia
4. DealDey
5. mPawa
6. Obami
7. SleepOut
8. 22seven
9. Kopo Kopo
10. SnapScan
11. The Able Wireless Company
13. Karibu Solar Power
12. Mxit
14. iROKOtv
Special mention: Project Isizwe
<<
<

Editor's note: Chris Coons, a Democrat, is a U.S. senator from Delaware and chairs the Senate Foreign Relations Subcommittee on African Affairs. The opinions expressed in this commentary are solely those of the author.

With more than 40 African heads of state coming to Washington this week for three days of meetings with President Barack Obama, Cabinet officials, members of Congress and American business leaders, the United States has a real opportunity to jump-start what has been a slow evolution in the way we have engaged with Africa.

It's an opportunity that should not be missed.

Foreign assistance is no longer America's primary export to Africa, and our engagement needs to change, too. The U.S.-Africa Leaders Summit is an opportunity to showcase and strengthen a relationship that is evolving dramatically on economic, security and development fronts.

The Chinese have seen plainly what many U.S. businesses have not: That six of the world's 10 fastest-growing economies over the past decade were in sub-Saharan Africa. Since 2000, Chinese exports to Africa have outpaced American exports at a ratio of 3 to 1, and China is now Africa's largest trading partner.

When China wants something from an African government -- mining rights or port exclusivity, for example -- it offers no-strings-attached "gifts" or investments in infrastructure.

While the United States offers values-driven policy and investments in people, especially in public health, the Chinese have a reputation for paying for the friendship of African governments with low-interest financing of construction projects.

U.S. foreign direct investment in Africa still outstrips the Chinese, but in trade and export sales to Africa, the Chinese have eclipsed us.

For the United States to continue competing, our relationship with African governments and businesses must evolve to include more meaningful and mutually beneficial partnerships. The summit's business forum on Tuesday will put American CEOs at the table with African heads of state and business leaders. This is matchmaking, with an eye on increasing U.S. exports to Africa's rapidly growing middle-class consumer base.

Opinion: What Obama can do about Ebola

American CEOs want new markets for their products, and American workers want jobs making those products. African leaders want more international companies to sell their products in their countries, invest in their growth and partner with local businesses. The opportunity for increased trade and investment is extraordinary and important for the evolution of the United States' relationship with the continent.

We can and should exercise our unique competitive advantages. The United States boasts an African diaspora drawn here by American universities and steeped in American culture and entrepreneurship, and a level of technology, innovation and quality that still commands the attention of African leaders, consumers and countries.

The U.S. has a unique opportunity to build bridges to emerging economies and democracies in Africa through the tens of thousands of Africans in our country who are a part of the diaspora. Doctors. engineers and businessmen, educated here and successful here, can connect the United States to Africa in ways China, Russia and India simply cannot.

After 50 years of President John F. Kennedy's Peace Corps, a decade of President George W. Bush's transformational campaign to prevent and treat HIV/AIDS, and with the promise of President Obama's Power Africa electrification initiative, the United States is better regarded in Africa than anywhere in the world. I saw this firsthand as a student in Kenya in 1984 and have experienced it consistently in visits since.

We should build on the positive view of America and Americans created by the remarkable generosity of our investments in health, education, clean water and good governance to shift our engagement strategy from aid to trade.

China, Russia, Brazil and India are focused on the huge potential of Africa because of the increase in the number of stable and growing countries on the continent. While the bad news from a handful of countries dominates American news, the quietly good news about growth and opportunity in dozens of others is overlooked.

To its credit, the Obama administration has noticed.

Delegations led earlier this year by the secretaries of commerce and energy, the President's remarkable Young African Leaders Initiative, and the administration's Power Africa are all meaningful steps forward. Congress can do its part by strengthening and reauthorizing the African Growth and Opportunity Act before its authorization expires next year.

The real success of Obama's summit won't come in the form of a joint press statement or vague declaration of a path forward but in new contracts between U.S. companies with African partners and new commitments from African leaders.

Twenty years ago, every American company was deciding whether to take the risk of investing in and engaging in the newly opening markets of Asia, and China ended up being the dominant opportunity of the region.

Today, no competitive company is without some role in China. Africa will emerge as the next great growth market and opportunity of the 21st century, and China will not miss "the next China."