About 10% of the South Korean population is Catholic, including some of the country's most famous pop stars

What could bring together the biggest names in the Korean pop industry? A visit by the Pope will do it.

As Pope Francis tours South Korea through August 18, some 20 Korean household names got together to record a video for a song titled “Koinonia,” which means camaraderie and communion in Greek. It was composed by K-pop veteran Noh Young-shim to celebrate the first papal visit to Korea in 25 years. 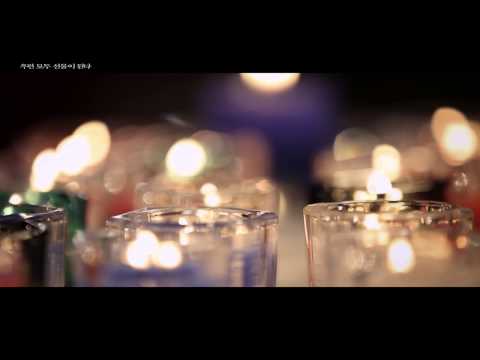 Some 5.4 million Koreans are Catholics – roughly 10% of the population – and amongst them are pop stars and actors.

Figure skating star Kim Yuna is also a follower of the faith and one of the celebs expected to appear at official functions during the Pope’s visit. During a recent TV appearance, she had appealed to the Pope to bless Korea and “provide messages of hope.” Unfortunately for fans, she does not appear in the new music video.

Pope Francis waves from the top of the stairs leading to the plane that will carry him to the South Korea, on August 13, 2014 at Rome's Fiumicino international airport. Pope Francis travels to South Korea with a message of peace for the divided peninsula on his first papal visit to Asia, where the Catholic Church is undergoing dramatic growth. AFP PHOTO / ALBERTO PIZZOLIALBERTO PIZZOLI/AFP/Getty Images
AFP/Getty Images
video

This picture taken on August 7, 2014 shows a man passing in front of a huge wall painting for Korea's Catholic martyrs at Solmoe Shrine in Dangjin, 85 kms southwest of Seoul. Pope Francis will pay tribute to the courage and sacrifice of South Korea's first Catholics when he beatifies 124 tortured and executed martyrs at a special mass in Seoul on August 16. AFP PHOTO / JUNG YEON-JEJUNG YEON-JE/AFP/Getty Images
AFP/Getty Images
video

Despite involving some serious pop star power, the video for “Koinonia” is devoid of the typical trappings of a K-pop music video. There’s no tightly choreographed dancing or thematic costumes.

Instead, director Cha Eun-taek has the famous faces hidden behind sheet music, huddled together like a devout church choir. It’s a far cry from Cha’s previous work, such as the “Hangover” video starring Psy and Snoop Dogg.

“When I called everyone they were extremely happy to be part of the music video, and those who could not make it were extremely regretful,” said veteran actor Ahn Sung-ki, who helped organize the project.

Ahn has been at the forefront of several cultural projects that support religious causes, such as narrating a biopic about the life of Cardinal Stephen Kim Sou-hwan, the country’s first Catholic cardinal and a much respected figure amongst religious and secular groups.

Rain’s agency Cube Entertainment has rejected the claim: “Rain has indeed been baptized, but this is something he has been meaning to do for some time now. It would be rash to make assumptions about engagement plans.”

Rain’s girlfriend Kim, who rose to international stardom through TV soaps such as Iris, is outspoken on religious beliefs. She had espoused premarital chastity through press interviews early on in her career and continues to make statements on religion through the media.

READ: Can fans unravel the Babel of the world’s TV dramas?

“Korean celebrities convey their religiosity much more openly than their political views. They have been more outspoken and proactive since the 1980s as religion became increasingly secularized here,” said culture critic Kim Bongseok.

Protestant Christian celebrities have often been more vocal than their Catholic counterparts, and many are part of well-known church gatherings. HaMiMo is a church group of young screen actresses including Han Hye-jin and Eom Ji-won, while Moonmien includes members of K-pop group such as Girls’ Generation, Super Junior and 2NE1 as well as actor Kim Soo-hyun.

“These groups are not only for Bible studies and prayer, but also for carrying out volunteer work and networking. It’s difficult for celebrities to socialize even if they are in show business together, and mutual religious views often become a strong basis for building friendship or even romance,” said an industry insider who asked to remain anonymous. Sooyoung of Girls’ Generation has been reported to have met her actor boyfriend Jung Kyung-ho through Moonmien.

“I hear this is the Pope’s first visit to Korea in 25 years, and I wish he could instill hope in youths across Korea and beyond,” tweeted RyeoWook of Super Junior. His fellow band member, KangIn, also tweeted: “I would like to welcome Pope Francis’ arrival on Aug. 14. I pray you can safely wrap up the four-night, five-day trip and that you can inspire youths across the world with visionary messages.”

“Pope Francis is particularly respected for making socially meaningful statements, which are resonating strongly among even non-Catholic Koreans. This is largely due to the prevailing sense of anxiousness and mistrust here following recent traumatic events,” culture critic Kim said, referring to a ferry sinking earlier this year that left hundreds dead.