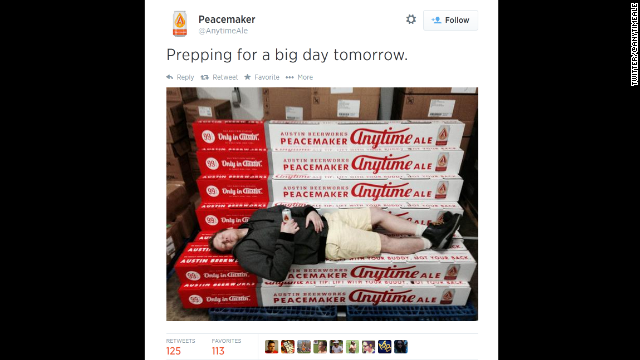 (CNN) -- Texas brewery Austin Beerworks is doing its part to "keep Austin weird" by releasing the first 99-pack of beer to consumers.

To celebrate the "anytime" of their Peacemaker Anytime Ale, the craft brewer decided to release the multipack.

"Since you can drink it anytime, you're going to want to have more than a few on hand," the brewery said in a video on its website.

What started as a viral sensation turned out to be no joke: The brewery sold out of all 20 of the 99-packs for $99 on the first day. The packs measure approximately 7 feet long and weigh in at more than 80 pounds.

Because of the overnight success, the brewery is going to produce another run of the 99-packs soon, according to its Facebook page.