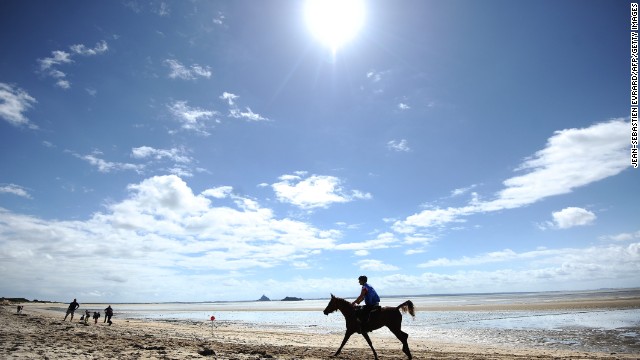 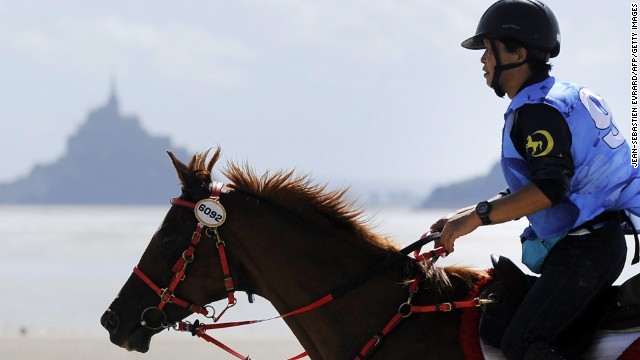 The Endurance race is held over 160 kilometers and is completed in one day. 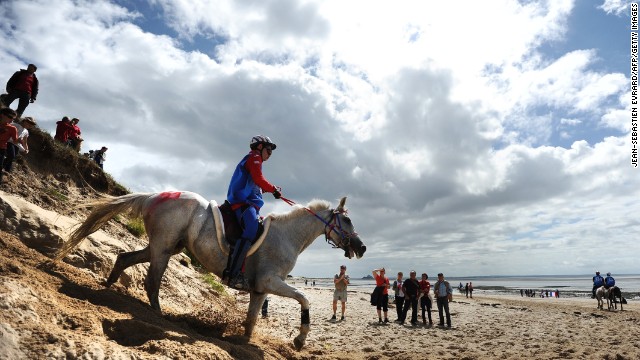 More than 70 nations, 1,000 athletes and as many horses take part in the Games which includes eight different events and is held every four years. 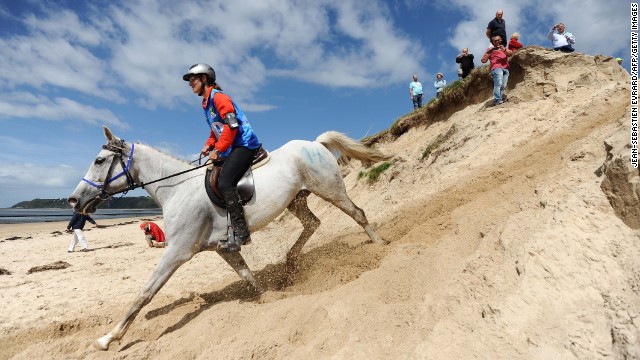 Maria Mercedes Alvarez Ponton, riding a horse named Nobby, needed just over seven and a half hours to complete the course on her way to winning gold for Spain in 2010. 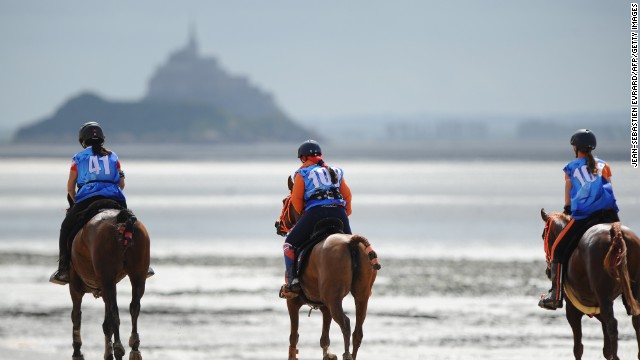 The Endurance race takes place in the middle of the countryside, on a course that contains less than 10% hard-surface roads. 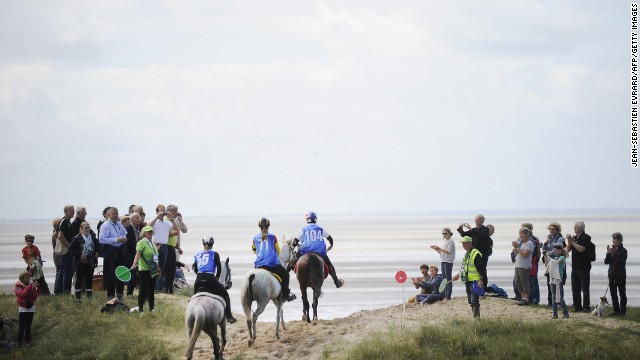 (CNN) -- What more could a horse enthusiast ask for than a beautiful ride along the sea shore?

One of the world's toughest horse races took place on Thursday at the Alltech FEI World Equestrian Games -- the venue for the event known as an 'equine marathon.'

Held over a distance of 160 kilometers with just 10% of the course made up of road, riders race along beaches and countryside in a bid to win one of the most prestigious titles at the Games.

The Normandy shore played host to the race as crowds flocked to watch the riders.

Four years ago, Maria Mercedes Alvarez Ponton needed just over seven and a half hours to complete the course on her horse, Nobby.

This time around, Sheikh Hamdan bin Mohamed Al Maktoum of the United Arab Emirates won gold on his mare Yamamah in a time of 8:08:28.

The race, which started in the town of Sartilly, Manche, looped around a UNESCO World Heritage site with the Bay of Mont Saint Michel providing a stunning backdrop for the event.

While the scenery was something to behold, the weather was not, as rain hampered the riders throughout.

In the team race, Spain retained the title it won four years ago in convincing fashion.