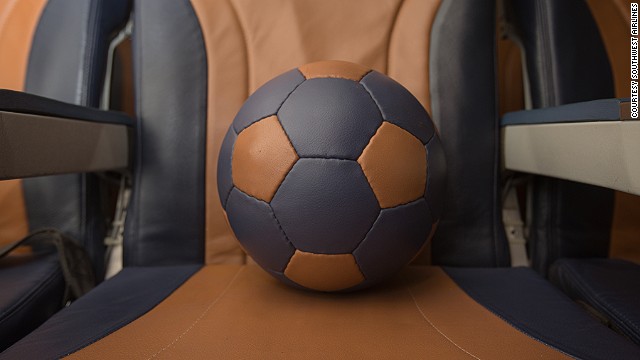 Southwest Airlines recently launched Luv Seat, an upcycling initiative that aims to repurpose 80,000 used leather seat covers. Rather than simply donating the materials, Southwest has partnered with NGOs in Africa that will use them to provide job training and health education. 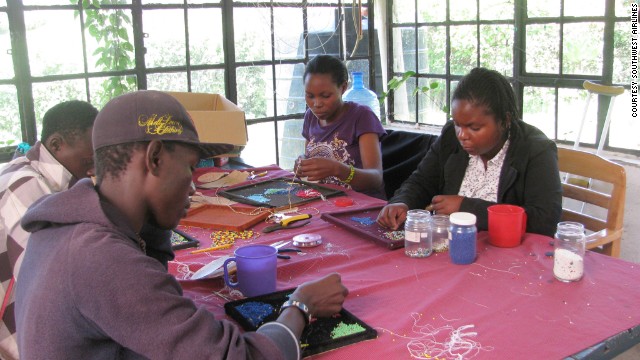 Southwest's primary partner is SOS Children's Villages Kenya, which provides paid apprenticeships and training to orphaned children. Many of these kids will use the leather to learn job skills that could take them through life, according to Southwest. 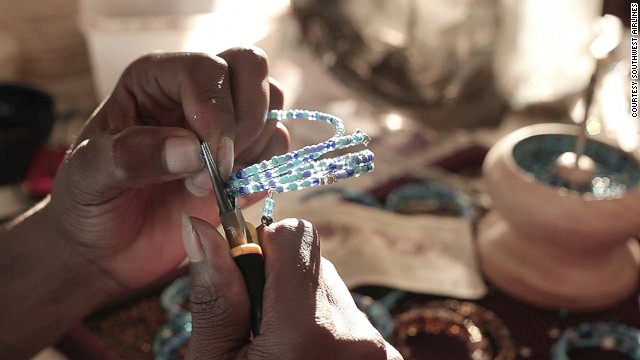 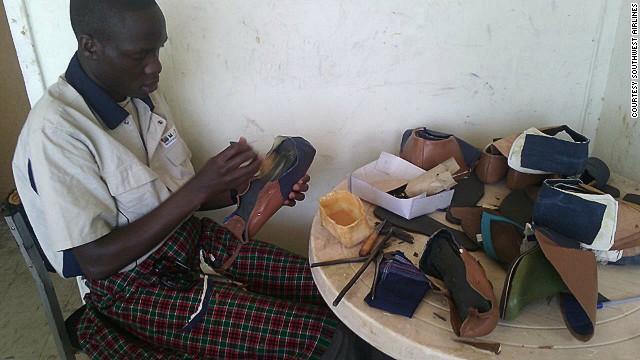 Shoe company Maasai Treads is also using the donated leather to promote job training. The company is making sandals from the leather, which in turn is donated to local children as part of a campaign to protect them from jiggers -- a debilitating foot parasite. 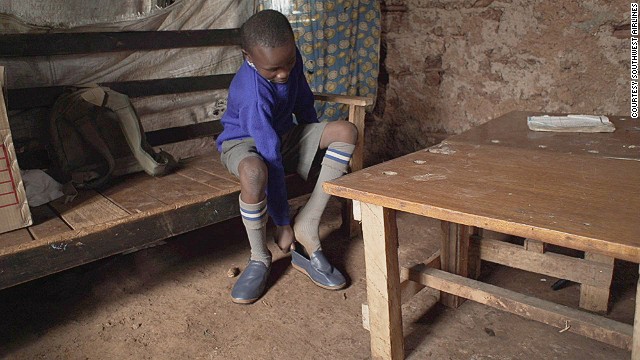 According to Kenya's Ministry of Health, 1.4 million people are infested with jiggers -- 80% of them school-aged children. Maasai Treads hopes to bring that number down through their donation of sandals. 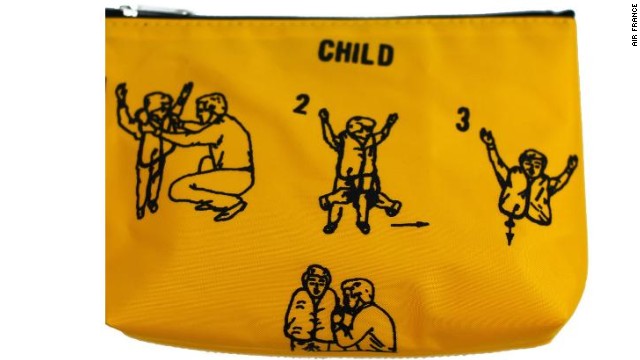 Other airlines have launched smaller upcycling initiatives over the years. Air France in 2012 teamed with design label Bilum to create bags from expired life jackets. 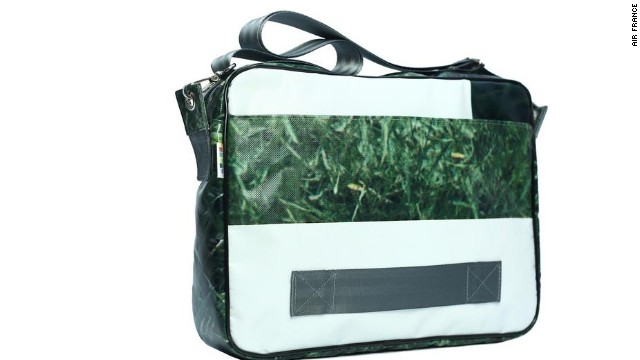 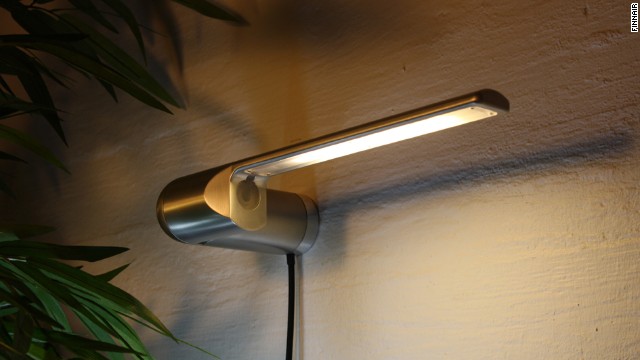 Finnair also found an innovative use for old monitors, teaming with Seos Design to create LED lamps for their first class cabin. 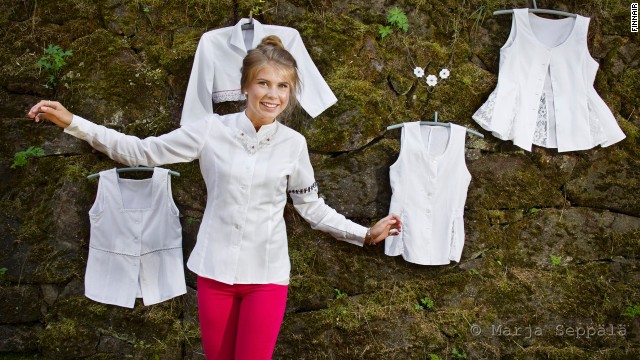 In the past, Finnair also donated old cabin crew uniforms to local designers, so that they could come up with newly imagined clothing. 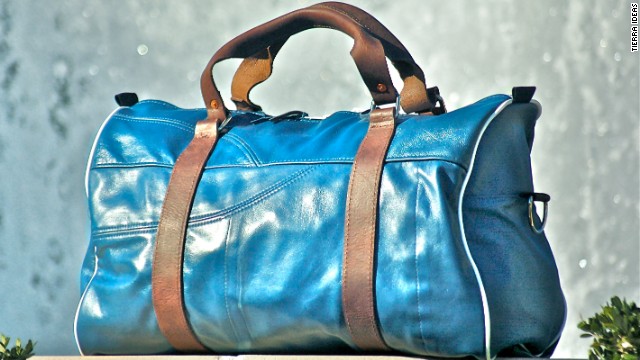 In 2012, Tierra Ideas partnered with Delta to create luggage, lap top cases and wallets from the airline's old seat covers. 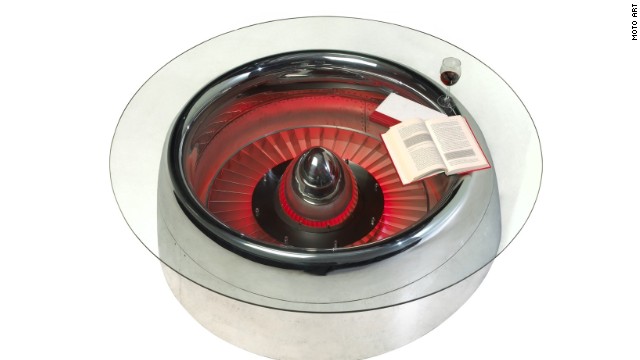 (CNN) -- Aviation isn't known as the most eco-friendly industry. Carbon emissions aside, running an airline produces an incredible amount of waste. Everything from uneaten food to outdated uniforms is potential landfill fodder.

Southwest Airlines, for one, has decided to do something about it. After a large-scale redesign of many of its 737 aircraft, the carrier found itself with an excess of 80,000 leather seat covers -- enough to fill the Empire State Building.

"We had this idea of 'could we do something with this leather beyond recycling it or shredding it? Could we repurpose it?'" says Marilee McInnis, the airline's senior manager of culture and communications.

Southwest dubbed the initiative "Luv Seat: Repurpose with Purpose," and reached out to potential partners to take the used leather, but found that there were few takers.

"It's awesome to have a great idea, but you have to have support for those -- quote-unquote -- great ideas. I worked with our green team for nine months to find a use for the leather. It's actually much harder than you think it would be," says McInnis.

Following the advice of Bill Tiffany, a Southwest VP who grew up in Kenya, the airline started looking towards Africa for recipients of the used leather. Rather than just donating the goods and leaving it there, the airline decided to take a more holistic approach, giving the materials to NGOs that will use them to provide job training and health education.

The main partner is SOS Children's Villages Kenya, which is providing paid apprenticeships and training to orphaned youth, who in turn make shoes and soccer balls from the leather. The shoes are given to Maasai Treads, who distributes them as part of a campaign to fight debilitating foot parasites. The soccer balls are donated to Alive & Kicking, a charity that uses sport to educate young people on HIV/AIDS and malaria prevention. 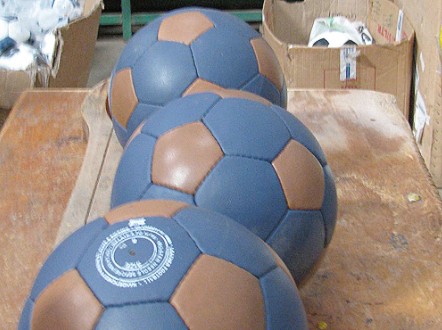 "It's really easy to donate and walk away. We didn't want to do that. The leather is finite, but the skills these young people will learn will hopefully take them through their lives," says McInnis.

The redesign was itself an environmental measure. The seats were reupholstered with E-leather, a substance created from scraps the leather industry discards. The material is also lighter, reducing the weight of each aircraft by 600 pounds, and saving on fuel.

Scott Hamlin, the founder of upcycling company Looptworks and Southwest's only U.S. partner, says the reason companies are resistant to using second-hand materials is that there's no financial imperative.

"It is unfortunately cheaper and easier for most companies to take materials they've used or have purchased at some point in time and just throw them away. Just landfill or incinerate then," he says. 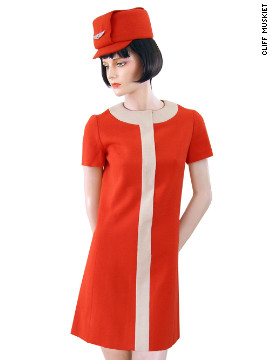 Uniforms like this one donned by United Airlines flight attendants in 1968 are among the most iconic ever made, says collector and aviation enthusiast Cliff Muskiet. 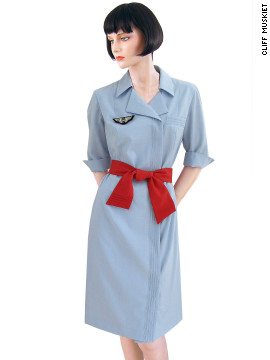 Muskiet has been collecting flight attendant ensembles since the early 1980s. 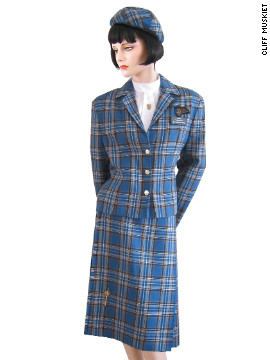 In more than 30 years he has managed to accumulate over 1,000 flight attendant outfits and accessories. 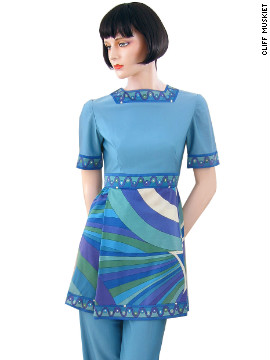 Muskiet says the uniforms offer a window into different eras of style and commercial aviation history -- like this stylish ensemble from the now defunct Braniff International Airways. 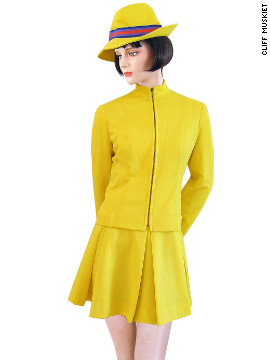 "You can see the fashion change through the years," says Muskiet, as emphasized by this early 1970s outfit from Hughes Airwest. 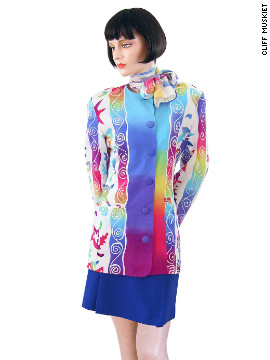 The vibrant technicolor of Bangkok Air's uniform is a throwback to the 1970s designs of many American airlines. 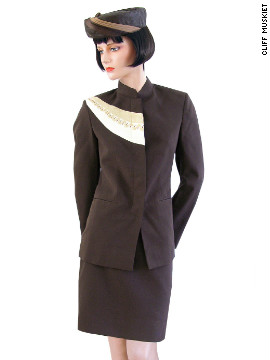 Muskiet often receives requests to display his collection at industry shows and exhibitions. 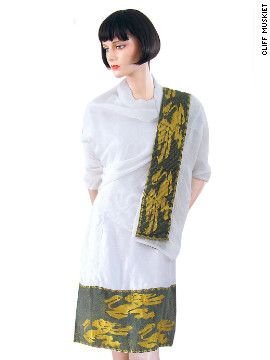 Other exhibitions to display Muskiet's uniforms over the years include the Farnborough Air Show. 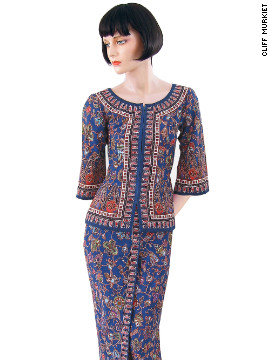 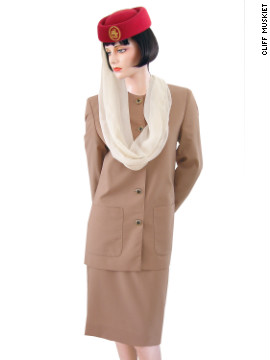 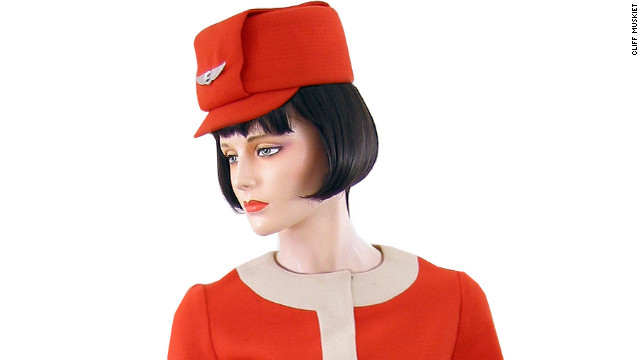 There is, however, an ecological incentive. According to Hamlin, who will create special-edition bags from the leather, each bag uses 4,000 gallons less water than if created using virgin leather. He also puts the CO2 reduction at 82%.

"The circular economy starts to work when the value of the carbon emissions and water starts coming into play, like in the UK, where they will soon start having tax benefits for low-carbon companies," he says.

Though Luv Seat is perhaps the largest airline-led upcycling initiative, it is not the first of its kind. When KLM redesigned cabin crew uniforms in 2011, the carrier had the surplus fabric woven into the carpets that lined the business class cabin in the then-new 747-400 fleet. Air France last year had old uniforms recycled into car insulation, and in the past has repurposed plastic meal trays to create cutlery, and used the cables from seat backs to make headphones.

"When we launch a new product, we always ask, 'what is the life cycle of this product and what will we do with it at the end of its life?'" says Sophie Virapin, Air France's vice president of sustainable development.

It's a trend that's only likely to grow.

"This is a new area for us, and with the leather, we're just dipping our toe in the water," explains McInnis.

"Our CEO has asked, 'what else can we upcycle?' So I'm hoping we'll see upcycling for years to come."

Read: How dead airplanes get a second life