Radamel Falcao: Everything you need to know 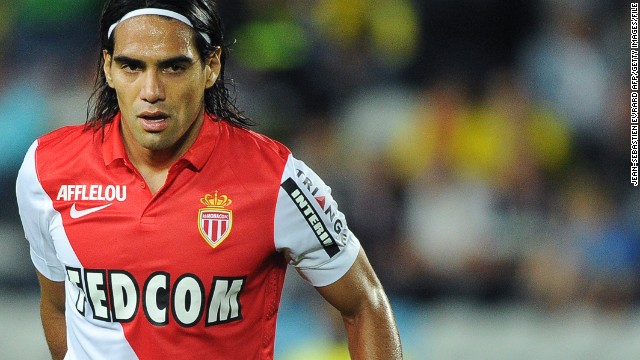 Colombian Radamel Falcao stole most of the headlines on the final day of the transfer window after joining English Premier League club Manchester United on loan from French club Monaco.

In January Falcao suffered a cruciate ligament injury during a French Cup football match against Chasselay. 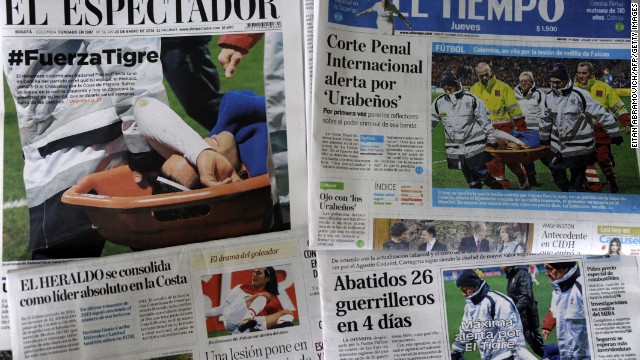 Falcao's injury was front page news back in his homeland. 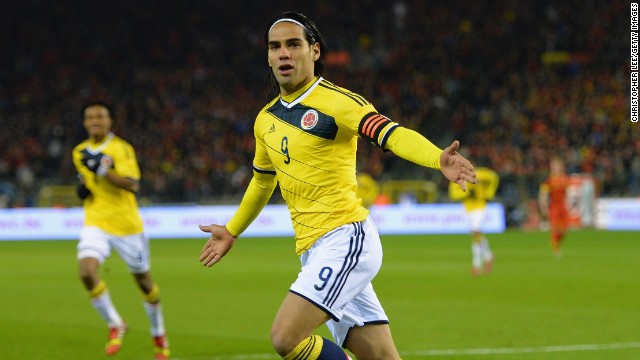 The injury meant Falcao was unable to play for Colombia at the World Cup in Brazil. In his absence, Colombia reached the quarterfinals before suffering defeat to the hosts. 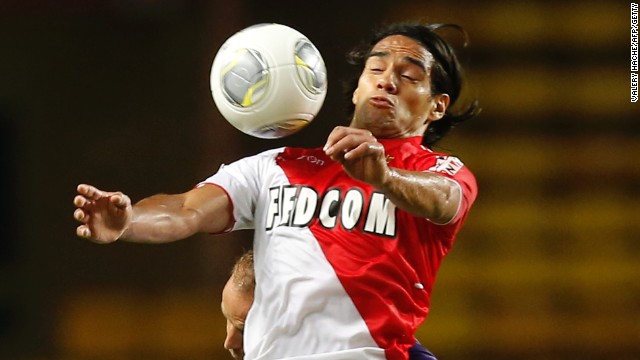 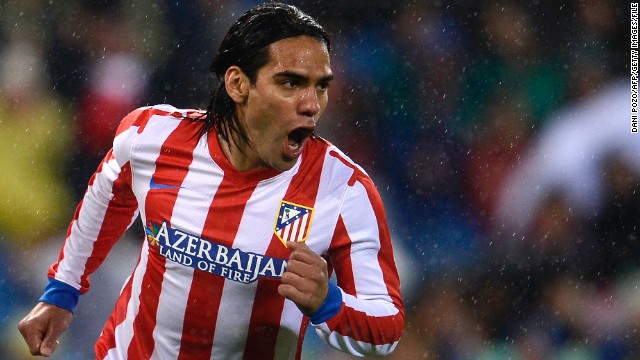 Prior to joining Monaco, Falcao played for Atletico Madrid, where he scored 35 goals in 46 league games. 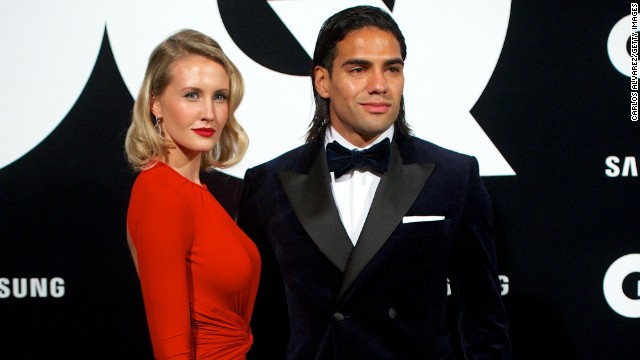 Falcao and his singer songwriter wife Lorelei Taron are in the celebrity spotlight. It's a role that the striker has had to grow accustomed to since becoming a worldwide phenomenon. 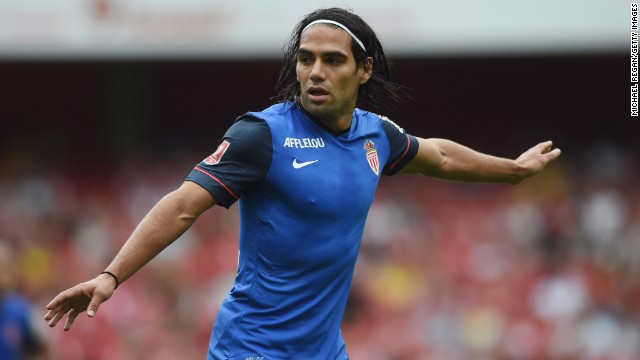 He sent Twitter into meltdown on Monday when he joined Manchester United on a one-year loan from Monaco, swapping the French Riviera for a considerably higher tax bill and a city where it rains 53% of the year.

Aged 28, he scores goals. Lots of them. During spells with Porto, Atletico Madrid and Monaco, he's earned a reputation as one of Europe's finest strikers.

Monday was European football's "transfer deadline day," the last opportunity for the continent's top teams to sign new players. Imagine NFL draft day, only with no structure and more chaos.

Moving to @ManUtd was my decision. It's exciting to play at the world's best club and in such a competitive league.

Good news for Manchester United, then?

Yes and no. Falcao is good enough to improve any team, but United hardly needed another attacking player.

Throw Falcao into the mix and United manager Louis van Gaal is spoiled for choice at the front of his line-up, but it's at the rear where his team is exposed.

United is yet to win this season and recently suffered a humiliating 4-0 defeat to third division team MK Dons in the League Cup.

Simply put, United signing Falcao is like buying a really nice sweater but forgetting to put on your trousers.

Wait, you said Colombia. Where was he at the World Cup?

The man nicknamed "El Tigre" (The Tiger) missed Colombia's run to the quarterfinals of Brazil 2014 with a knee injury he picked up in January.

The whole country was praying their star striker would be fit for selection, so much so that Colombian President Juan Manuel Santos even visited Falcao in hospital, but sadly it wasn't to be.

In his absence, James (pronounced "Ham-ez") Rodriguez scored six goals as Colombia swaggered its way into the last eight before defeat to hosts Brazil.

A new star was born, and Rodriguez is now strutting his stuff at Real Madrid having also left Monaco.

Did Falcao not fancy joining "Ham-ez" in Madrid?

Funny you should mention that.

But Falcao swiftly denied sending the tweet, saying his profile had been compromised.

Who is the middle man in the transfer?

Uber agent Jorge Mendes, who is seemingly doing his utmost to keep the Portuguese economy afloat. As well as Falcao and Rodriguez, Mendes brokered the deal to bring Di Maria to Old Trafford and Eliaquim Mangala to Manchester City.

Thank you to Jorge Mendes and my lawyers Paulo Rendeiro and Carlos Osório for making this happen. @ManUtd pic.twitter.com/b91ofGnT4q

@FALCAO is his official Twitter handle. He's also on Instagram and if you head over there you'll find proof he's also pretty handy with a baseball bat.

Yep, with hair like Samson. But he's spoken for. His wife is Argentinean singer/songwriter Lorelei Taron. His dad Radamel Garcia was also a professional footballer, playing in Colombia, and he thinks his son is going all the way to the top.

Thank you Prince Albert, Dmitry, Vadim, all the supporters and @AS_Monaco team. You will always be in my heart. pic.twitter.com/reBOZ12ALQ

"Falcao will lead Monaco to the Champions League," said Falcao's entirely impartial father when his son first signed for the French team in 2013. "Every team he plays for he makes better and he wins a title."

His dad was right. Monaco did qualify for the Champions League, even if Falcao missed most of last season through injury.

Now Falcao junior has a similar mission to help United qualify for Europe's top competition. The Manchester club isn't in Europe after an awful season under Alex Ferguson's successor David Moyes, who was subsequently sacked.