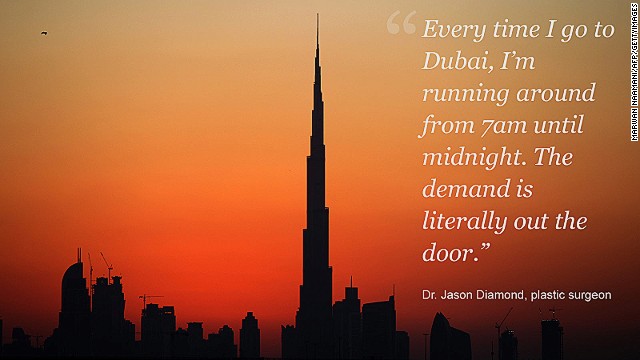 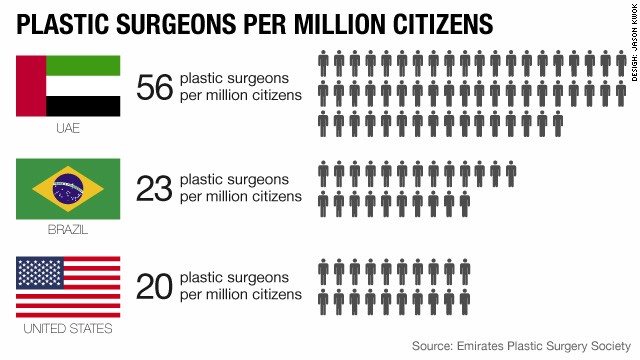 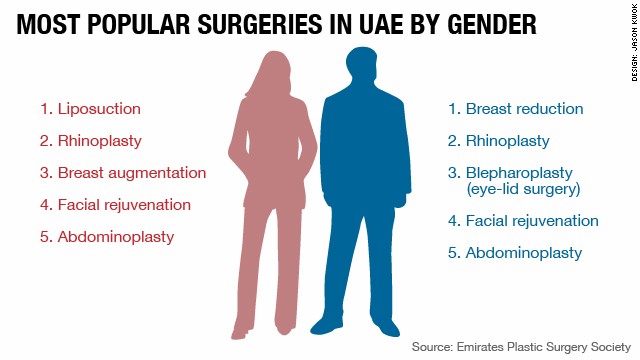 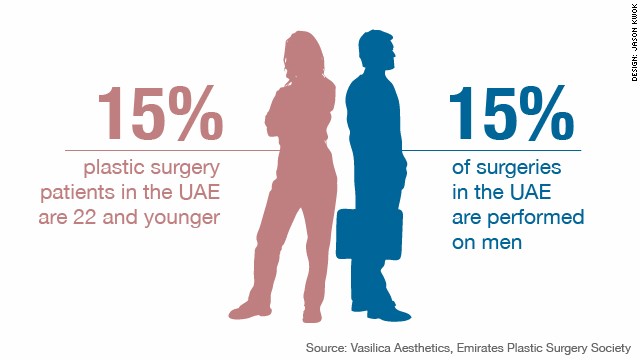 (CNN) -- Dr. Jason Diamond knows what it's like to be sought after. The Beverly Hills plastic surgeon -- first made famous by reality show "Dr. 90210" -- has operated on a range of A-list celebrities (though he declines to name them). Yet even he was unprepared for the clamor that met him when he first visited Dubai in what was meant to be a one-time gig as a guest surgeon.

"For that week, I literally had people waiting until 2am for a consultation. The waiting room was filled 20 people-deep all day long," he recalls.

That was in 2009. Since, Diamond has returned to the city every two to three months as part of a partnership with the American British Surgical and Medical Centre. Over the years, he has enlisted the Who's Who of Beverly Hills surgeons to join him at the practice.

"Every time I go, I don't even sit down. I'm running around from 7am until midnight. The demand is literally out the door," he says.

Sharks and otters inside a mall?

In the last couple of years, Dubai has become a nip-and-tuck hub. Where once residents from throughout the GCC would venture to Beverly Hills, Brazil or Beirut for treatments, these days, they're staying closer to home to have work done.

"In Lebanon, I'd say it's been about a 30-40% drop [in business]," says Dr. Sami Saad, the national secretary for the International Society of Aesthetic Plastic Surgery (ISAPS) in Lebanon.

"A lot of surgeons are leaving. They're moving to Dubai, Abu Dhabi, Qatar and Kuwait. These countries are safer and more attractive for plastic surgeons," he says.

Diamond notes that these days, "there is no paucity of plastic surgeons" in Dubai. According to the Emirates Plastic Surgery Society, their membership has jumped from 60 in 2006 to 150 this year. In fact, there are more cosmetic surgeons per citizen in the UAE than in either Brazil or the United States -- two nations lauded for their love of the scalpel.

"The market is very saturated," notes Dr. Luiz Toledo, a plastic surgeon who moved his practice to Dubai from Brazil in 2005 who is also on the scientific committee of the Emirates Plastic Surgery Society.

"Every day I get emails [from surgeons] saying, 'I heard Dubai is good for business. I want to come and visit, do some work, then come back home.' Everybody thinks Dubai is this mecca full of rich people. They think they'll come over and find gold on the streets. It's not like that; it's hard work," he says.

Despite the influx, experts say demand for plastic surgery is on the rise. According to the Dubai Health Authority (DHA), in 2012, medical tourists made up 8.7% of total health sector revenue, with many seeking cosmetic procedures.

"The industry is growing very fast," notes Vasilica Baltateanu, founder of Dubai plastic surgery consultancy Vasilica Aesthetics. She says the city's healthcare market is expected to grow 11.4% over the next two years.

As Dubai is one of the most multicultural cities in the world (200 different nationalities call the emirate home), it's no surprise that surgeons are noticing a broad demographic willing to go under the knife.

"Last year, I saw patients from 73 nationalities, which is a record," says Toledo. Though patients come from as far afield as Africa and Eastern Europe, the majority, he says, come from the GCC, with many making the trip from Saudi Arabia.

Everybody thinks they'll come over and find gold on the streets. It's not like that; it's hard work
Dr. Luiz Toledo, Emirates Plastic Surgery Society

Diamond also reports having operated on many Saudi woman, who traditionally wear a veil in their day-to-day lives.

"In America, you're not exposed to too many people who cover their face, and you assume those who do don't care about their appearance because they never show it off. But once you get to know the culture, you realize they're not that different from us. Middle Eastern women love looking good just as much as American women do," he says.

And it's not just women investing in their looks. Surgeons in the area have reported seeing a growing number of men in their clinics, as well as teenagers (Baltateanu estimates that 15% of plastic surgery patients in the UAE are under 23).

She adds that in her experience, Arab patients are often more gung-ho than their Western counterparts.

"In Europe, America and Australia, people will try to adopt their lifestyle first. Liposuction, for instance, would be a last resort after you've tried everything else. Here, it's more, 'I've gained some weight, I'll get some lipo,' and they'll get the treatment four or five times, which is when it becomes dangerous," she warns. Part of her job, she says, is discouraging patients from over-indulging in treatments.

Read: The woman who adopts laborers