The 'Daisy' spot and five other compelling political ads 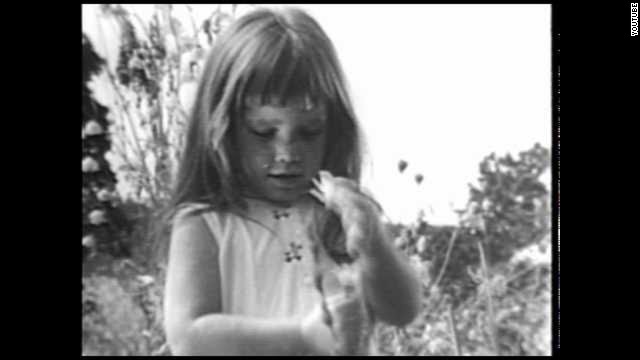 For an ad that aired one time, the "Daisy" ad had a huge political impact.
STORY HIGHLIGHTS

Washington (CNN) -- It was a one-minute spot that aired just one time, but with an ominous countdown and a mushroom cloud, Lyndon B. Johnson's "Daisy" ad marked a new era in American politics.

Considered the first attack ad, the Daisy spot, which turned 50 on Sunday, features a little girl sweetly plucking petals from a flower as she counts her small collection out loud. The screen freezes and suddenly we hear an alarming voice sound off a different countdown, this time it's one that leads to a nuclear explosion.

Without mentioning Johnson's opponent or showing his image, the ad implies that Republican Barry Goldwater is a reckless warmonger whose presidency would result in a nuclear holocaust.

Drew Babb, an advertising creative director who also teaches political ads at American University, said the spot mastered the cardinal rule of advertising: get noticed. It engaged viewers as political ads had never done before.

"It was an incredibly overt production, but it asked and dared people to bring their own reading to it," he told CNN. In one sense, he added, the spot is simple. It asked viewers to look at the girl, look at the bomb and vote for President Johnson.

"Those are the three dots to connect, but in the middle of those dots, there's a man who might be trigger happy," he said. "It was both overt and subtle at the time, which was really hard to do in a 60-second spot."

The commercial, created by the advertising giant Doyle Dane Bernbach, ran on September 7, 1964, during an NBC broadcast of "Monday Night at the Movies."

Babb said the spot played off the widespread fear at the time of nuclear warfare; the Cuban Missile Crisis happened just under two years prior.

"It scared the hell out of me when I saw it and it still does. As a callow young copywriter, I loved its bravura and slash-and-burn strategy. As a creative director and college professor, it gives me pause," he said. "But it still makes me gasp every time I see it."

The Daisy ad set the stage for 50 more years of political ads. In his own words, Babb takes a look at five other spots that top his list of the most compelling ads:

Why I admire it: Lindsay disarms us by actually admitting mistakes as mayor. Other than Jerry Springer running for governor of Ohio and apologizing for that pesky little canceled check at an escort service, when did you ever see that happen? The takeaway is strong: "Yeah I've screwed up, but I've done good things and deserve re-election."

Strong, simple, elegant filming. One take; no teleprompter. Lindsay is in shirtsleeves, something that wasn't done all that much. He gives a stunning delivery. He was reportedly 17 points down in the election before this spot ran. He won.

Why I admire it: Rarely has a political commercial captured the essence of a candidate as "Morning" did. Warm, upbeat, positively aw-shucks.

The soft, gauzy images of a wedding, firemen, veterans, kids and American flags would not be out of place in one of the great Hallmark spots. And Hal Riney's voiceover is spot-on. He asks, "Why would we ever go back?" Hard to come up with an answer to that one.

Why I admire it: When everybody zigs by screaming and attacking and flashing cheesy quotes and graphics, you zag by whispering. That's what this commercial does.

A family around a table. Mom, dad, two kids. Nobody says a word. They pick at their food. A few glances are exchanged. All you hear is a little fall of rain and the flatware clinking against the plates. No music, no voiceover, no nothing. A title comes up and reminds us how bad the employment rate is. Take away: These people are hungry and sad because of Obama's poor economic policy. A powerful spot for its silence.

Why I admire it: There were a number of strong spots, on both sides, in 2012. Some of the best were in the GOP primary before Mitt Romney was nominated. Rick Santorum ran two memorable spots "Rombo" and "Obamaville." But this spot aced them all.

It takes Romney's embarrassingly smug words to a group of fat-cat donors and morphed them into suicidal missiles. When Putnam adds Dorothea Lange-quality portraits of the people Romney was dismissing, it's a devastatingly clear: He doesn't care about you, why should you care about him?

Why I admire it: This ad attacks Sen. Mark Pryor, D-Arkansas, for being closely attached to the Obama agenda, especially health care. It's a wonderfully produced snarky message.

The filming, lighting, casting and set are all A+ and the double whammy at the end (the little girl spells Pryor "O-B-A-M-A" and the three adult judges respond, in a chorus, "Close enough!") is unforgettable. I wouldn't be surprised to see American Crossroads "franchise" this spot and adapt it for any state where they can Crazy Glue the Democrat to Obama.