(CNN) -- Joan Rivers is getting the "Hollywood" funeral she wanted, "a huge showbiz affair with lights, camera and action."

Rivers, 81, died Thursday in New York's Mount Sinai Hospital, a week after she suffered cardiac and respiratory arrest during a medical procedure at a clinic. 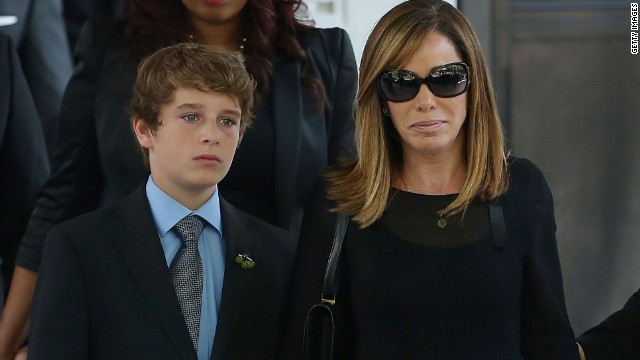 Daughter Melissa Rivers and her son, Cooper Endicott, arrive for Joan Rivers' memorial service at Temple Emanu-El in New York City on Sunday, September 7. Rivers passed away on September 4 after suffering respiratory and cardiac arrest during a medical procedure on August 28. 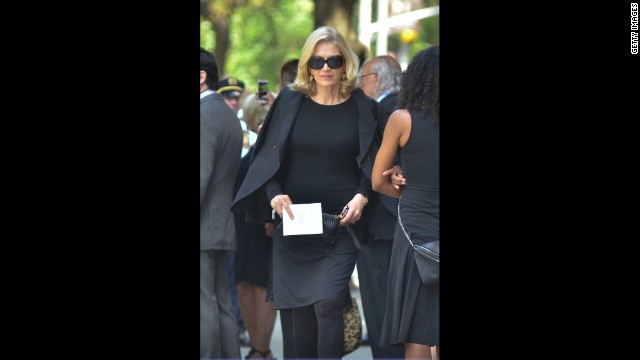 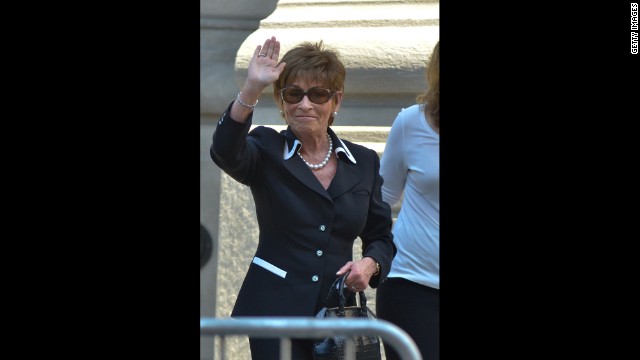 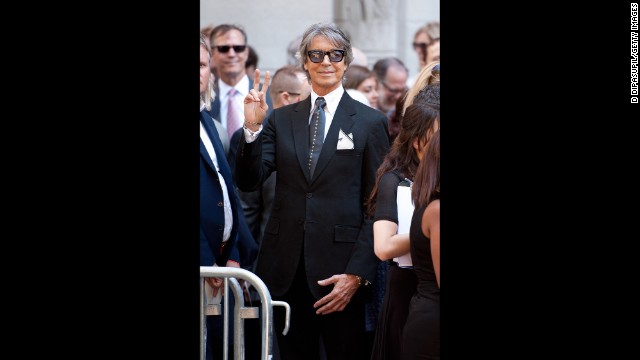 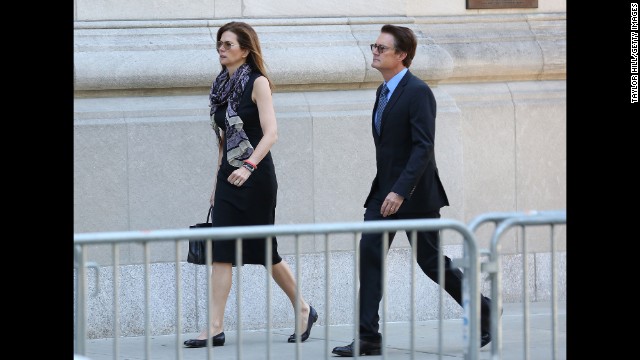 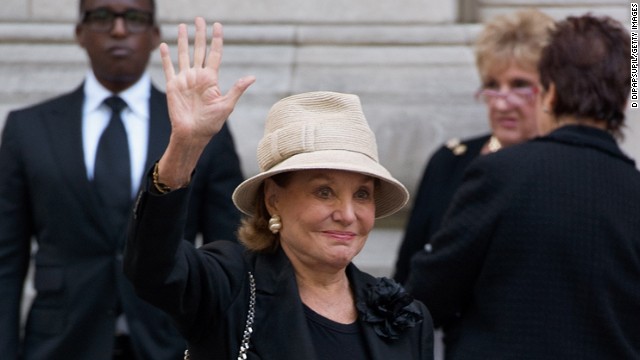 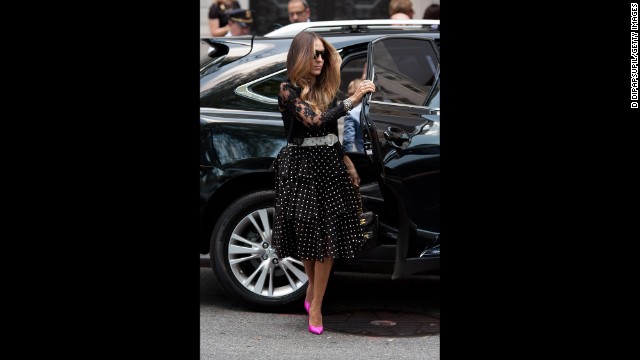 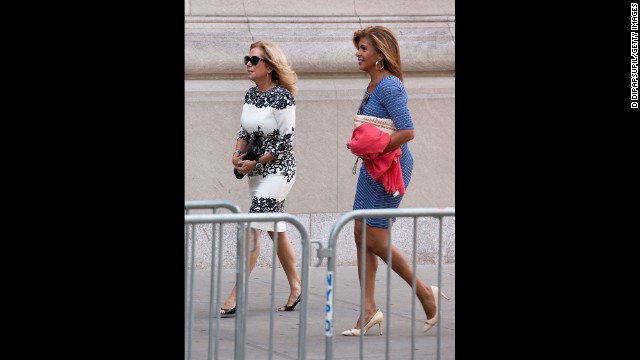 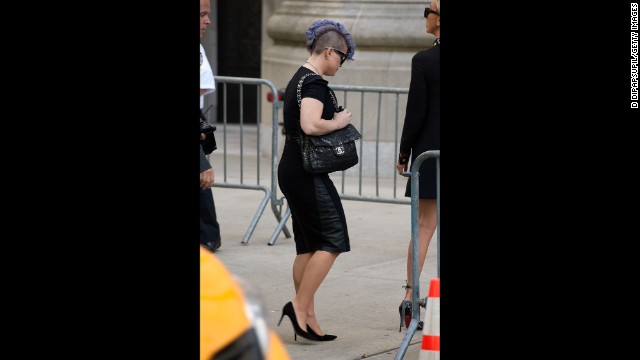 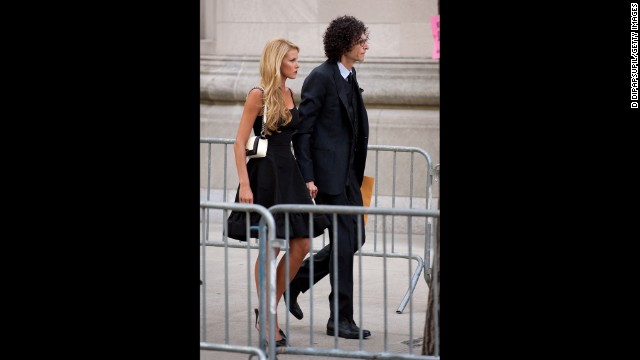 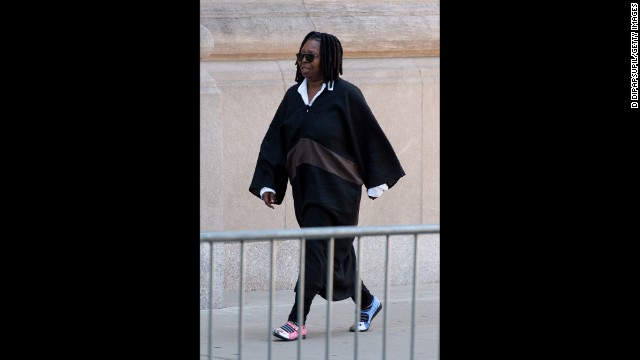 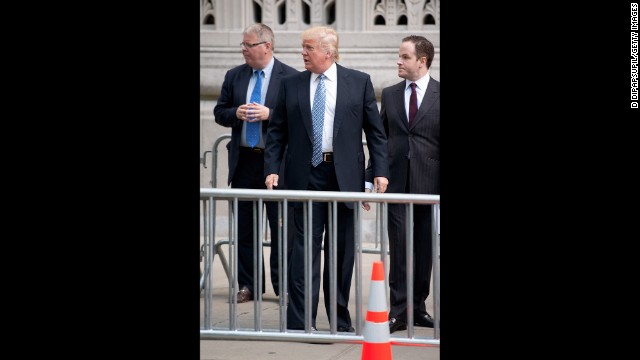 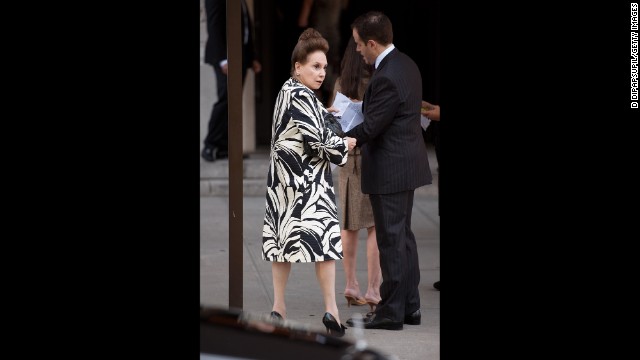 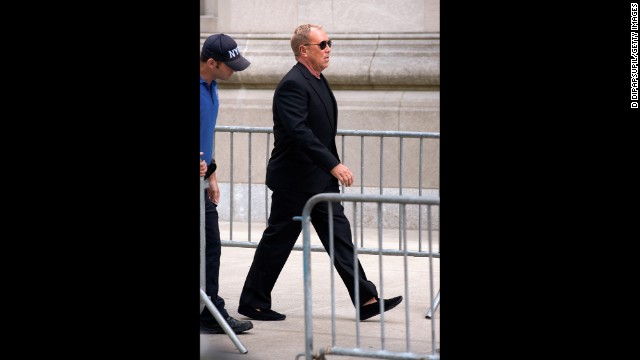 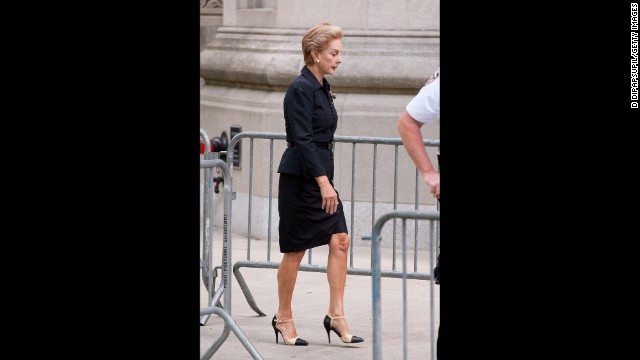 Rivers' endoscopy clinic in the spotlight

She talked about her mortality and what she wanted at her "showbiz" funeral in her 2013 book, "I Hate Everyone ... Starting With Me."

She called for paparazzi and publicists "making a scene" outside the funeral, which she said should "be Hollywood all the way." In fact, Fifth Avenue was lined with more television crews, live reporters and fans than would gather for most Hollywood premieres.

Inside the temple, Rivers wanted entertainment. "I don't want some rabbi rambling on; I want Meryl Streep crying, in five different accents. I don't want a eulogy; I want Bobby Vinton to pick up my head and sing 'Mr. Lonely.' "

Instead of Vinton singing his 1964 hit, she had the New York Gay Men's Chorus and a song list including show tunes such as "That's Entertainment," "Nothing Like a Dame" and "What a Wonderful World." They closed with "Big Spender."

Joan Rivers: In her own words

"It was Joan all the way," with orchids filling the 2,000-seat sanctuary, Norville said after the funeral. "You can't see the altar because there were so many flowers."

A rabbi offered an opening prayer after the show tunes, followed by a songs from Broadway star Audra McDonald. People magazine reported that McDonald sang "Smile," a favorite of Rivers. The song's lyrics captured the feel of the service: "Smile, though your heart is aching. Smile, even though it's breaking."

Kathy Griffin: Respect must be paid

Rivers' daughter, Melissa, read a letter she wrote in which she pretended to be her mother's landlord. She said her mother was late on the rent and had torn down a wall without permission because she wanted more space.

The service ended with the New York Police Department's bagpipe band leading the procession out of the temple to the tunes of "New York, New York," and "Give My Regards to Broadway."

Rivers wrote in her book that she wanted to "look gorgeous, better dead than I do alive," dressed in a Valentino gown and with a Harry Winston-designed toe tag.

"And I want a wind machine so that even in the casket my hair is blowing just like Beyonce's," she wrote.

The raspy-voiced comedian was a household name. Brash and sassy, she poked fun at herself and the world in sometimes vicious, but witty, zingers.

She was as quick-witted as she was sharp-tongued, saying things everyone may have been thinking, but few were brave enough to voice.

"My mother's greatest joy in life was to make people laugh," her daughter said last week.

"Although that is difficult to do right now, I know her final wish would be that we return to laughing soon."

Rivers had been on life support at Manhattan's Mount Sinai Hospital, where she was transported after she stopped breathing at the Yorkville Endoscopy clinic on August 28.

Rivers was undergoing an apparently minor elective procedure at the clinic when she suffered cardiac and respiratory arrest, according to the New York Fire Department.

Paramedics took her by ambulance to Mount Sinai Hospital, about a mile from the clinic, where she was initially listed in critical condition.

The state health department is investigating whether there was any malpractice by the doctors or staff at Yorkville Endoscopy, according to New York law enforcement officials.

No criminal investigations are currently under way in Rivers' death, the officials said. The clinic has not responded to repeated calls from CNN about the state's investigation.

Joan Rivers, the sassy comedian whose gossipy "can we talk" persona catapulted her into a career as a talk-show host, author and red-carpet maven, has died.
Joan Rivers: Memorable moments
updated 6:54 PM EDT, Thu September 4, 2014

A look back at Joan Rivers through some of her more memorable quotes.
2010: Joan Rivers on being a comedian
updated 6:56 PM EDT, Thu September 4, 2014

Joan Rivers talked to Larry King in 2010 about being a comedian and how she handles jokes and real-life emotions.
Photos: The life of Joan Rivers
updated 3:15 PM EDT, Thu September 4, 2014

A look at comedian Joan Rivers through the years.
How a minor elective surgery could end in death
updated 8:42 AM EDT, Sun September 7, 2014

She was a perfect stand-up comic. Self-deprecating without being self-deprecating. Her jokes were flawless. And she was always the smartest person in the room.
2010: Joan Rivers: Performing like a drug
updated 6:56 PM EDT, Thu September 4, 2014

Joan Rivers talked to Larry King in 2010 about her love of performing.
Clinic where Joan Rivers stopped breathing is under investigation
updated 6:29 PM EDT, Thu September 4, 2014

The death of comedy legend Joan Rivers was felt acutely at E! Entertainment, which has lost a mainstay of its network for the last 20 years.