One dance class changed her life 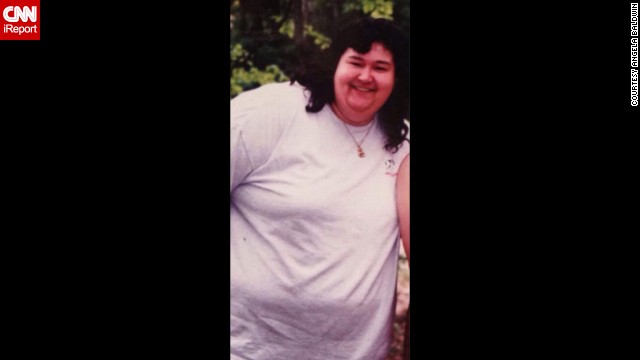 At her heaviest, Angela Baldwin was 350 pounds. Baldwin says she was overweight for her entire life. 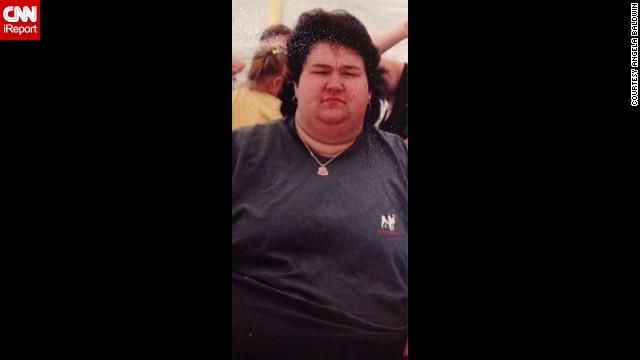 On a whim, Baldwin joined her friend in a dance fitness class in 2013. To her surprise, she discovered she enjoyed the class and began attending regularly. 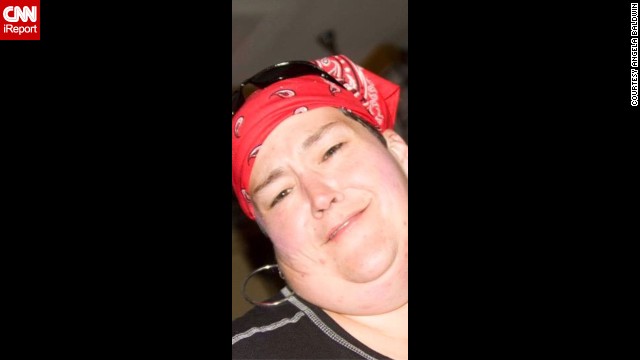 At first, Baldwin wanted to hide in the back of the dance class, as she was ashamed of her weight. This photo was taken several months into the class. 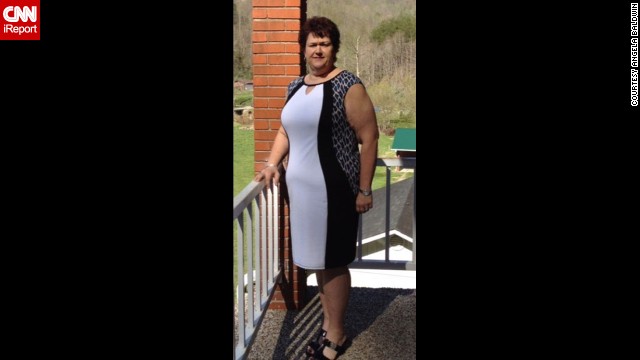 Baldwin, pictured here on Easter 2014, learned that she enjoyed dancing and saw the results it could produce in others. She now attends classes five times a week. 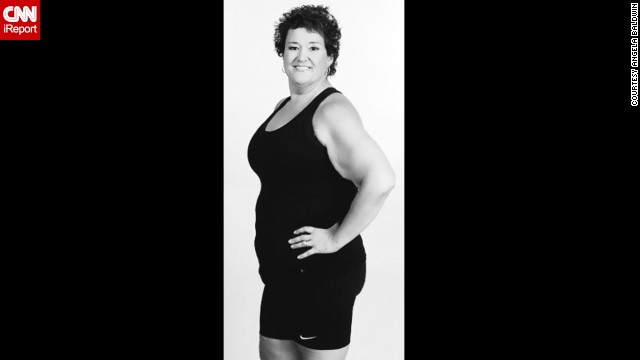 This photo, taken in July, shows Baldwin at around 245 pounds. 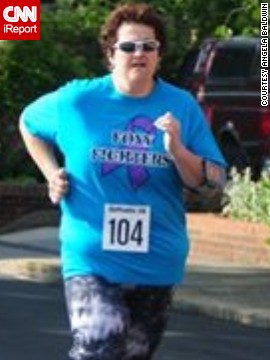 Baldwin started running 5K races, and has completed two this year so far. 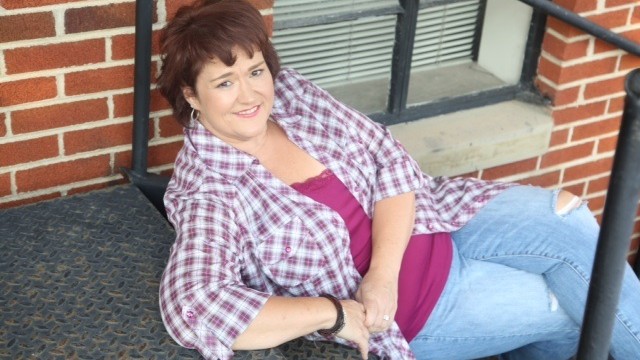 (CNN) -- Angela Baldwin can pinpoint the day she changed the course of her life.

Her friend invited her to a dance fitness class in March 2013. Baldwin tried to think of an excuse to skip it, but couldn't come up with one so she reluctantly tagged along.

At this point, the Prestonsburg, Kentucky, social worker weighed 350 pounds. She hid in the back of the room so few people would see her.

Low-carb vs. low-fat for weight loss

Then something unexpected happened: Baldwin really enjoyed the class.

"The music moved my soul," she said. "Even though I felt sure I was going die after each song, I kept moving."

Growing up, the 5-foot-10-inch Baldwin had always loved music and dance, but had never tried classes or training. She was used to being "the biggest person in the room," and had been all her life.

"I had become so miserable I did not want to leave my house," she said. At her heaviest, she said she wanted to just "curl up and die."

Baldwin began attending the classes twice a week, and the pounds started to drop off. Baldwin was especially encouraged after learning that her instructor had lost 100 pounds through dance fitness.

"When I saw (the weight loss) happening I gained a new drive and determination that I had never had before. I suddenly knew I could be healthy and have fun in the process."

Buoyed by her progress, Baldwin, now 43, started supplementing her diet with protein powder. As summer came around, she was attending classes five nights a week, and began "eating clean," avoiding processed foods.

As her weight continued to drop, Baldwin's confidence grew. By October 2013, she was down to 250 pounds. In addition to her classes, she began three days of high intensity interval training and three days of weight training.

"She went from hiding in the back of class -- very shy, very withdrawn -- to moving to the front of class with a very outgoing and can-do attitude."

Her mother has noticed the difference too.

"She is a different person today in body, spirit and attitude from what she was when she began with one visit to a (dance fitness) class."

Baldwin is now down 127 pounds from when she started. She no longer needs to take medication for her blood pressure, depression or anxiety. She still hopes to lose 50 additional pounds, which would bring her to her goal weight of 175.

To that end, she's started running 5K races, and has completed six so far.

"I am so much stronger than I ever thought possible, mentally and physically," she said, crediting it all to dance. She believes the classes saved her life.

"If I had not found the dance fitness class that I attend and the supportive group of women there, I believe I would have been either dead by now or so large that I could not leave my home."