Abu Dhabi's new super mall: Build it and they will come? 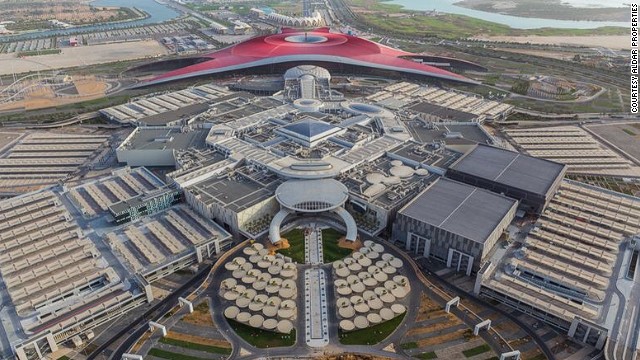 At first glance, it could be fantastical spaceship. In fact, this is Abu Dhabi's newest shopping complex -- Yas Mall. 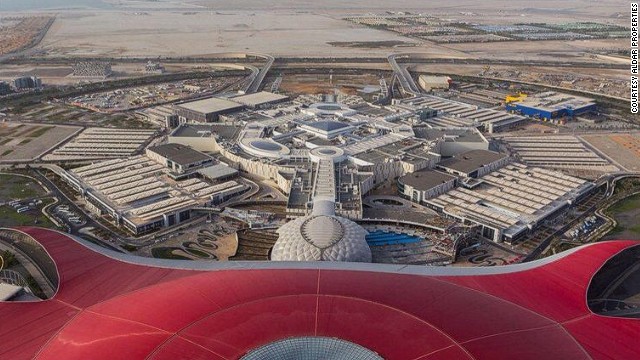 The 230,000 square meter complex is set to open in November, and is hoping to attract over 20 million shoppers annually. 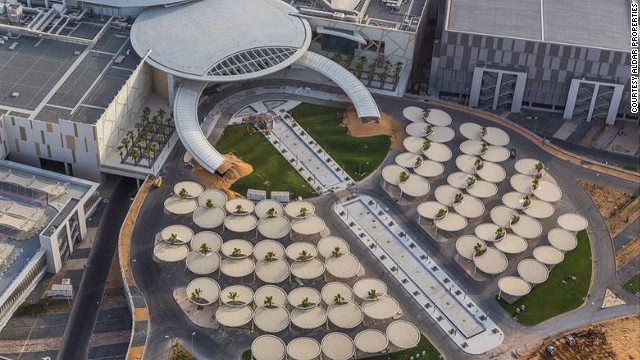 With over 400 stores, it will be the second largest mall in the United Arab Emirates behind Dubai Mall -- double the size at 502,000 sqaure meters. 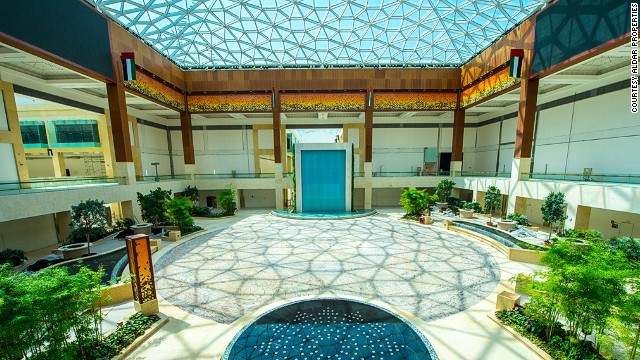 The Mall, from Aldar Properties, sits on Yas Island -- a $40 billion man-made entertainment destination off the coast of Abu Dhabi. 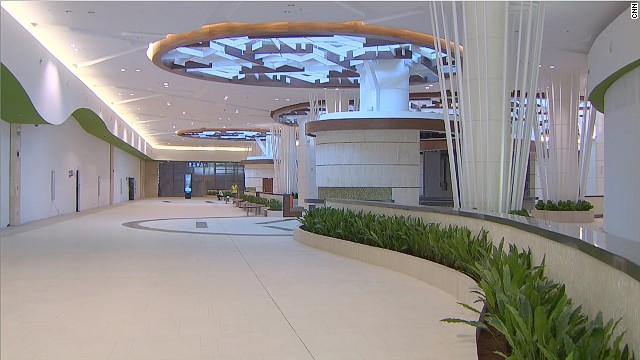 "Over the last five years, the growth of both Dubai Mall and the Mall of the Emirates has been immense," explained Aldar CEO Mohammed Khalifa Al Mubarak. "Abu Dhabi does not have that sort of destination here, it does not have that visitor experience. It needs that, it's hungry for it."
HIDE CAPTION
Futuristic design
Big ambition
Middle east marvel
Island life
Finishing touches
<<
<

(CNN) -- On a man-made island in the Middle East, the world's newest super mall sits empty -- for now.

Inside, water fountains shoot into the air, giant plasma screens flash advertisements, escalators rise and fall; their only admirers are the odd construction worker.

Missing from this scene are the shoppers.

A view to die for: Dubai time-lapse

"It's a conservative estimate," says Mohammed Khalifa Al Mubarak, CEO of Aldar Properties, the developers behind the ambitious design.

With over 400 stores, Yas Mall will be the second largest shopping complex in the United Arab Emirates, developers hoping it will emulate the success of neighboring Dubai Mall -- double the size at 502,000 square meters.

"Over the last five years, the growth of both Dubai Mall and the Mall of the Emirates has been immense," explained Al Mubarak. "They've both become destinations in themselves.

The plush shopping center is the latest addition to Yas Island, a purpose-built $40 billion holiday destination rising off the coast of Abu Dhabi.

Opened in 2009, the island boasts a Formula One circuit, water park, and "Ferrari World" with the fastest roller coaster on the planet.

We couldn't fit all the retailers we wanted to be here, so we're already starting to plan phase two
Mohammed Khalifa Al Mubarak, CEO of Aldar Properties

If shoppers are as "hungry," as Al Mubarak says, then Abu Dhabi is working hard to feed them. Last year the city was ranked 18th in the world in terms of new retail space.

And before consumers have even stepped inside Yas Mall, Al Mubarak is already talking expansion.

"We couldn't fit all the retailers we wanted to be here, so we're already starting to plan phase two," he said.

"We continue to manage our debt to the best of our abilities, and we continue to be a development company," said Al Mubarak. 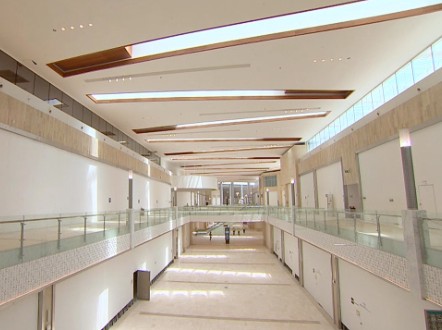 Come November, these shop fronts will be open to the public.
CNN

"Over the last year we've launched two major projects that had been completely sold out. But we have developed in a mature, professional manner."

As the finishing touches are made at Yas Mall, we'll soon find out if the island's latest addition sinks or swims.

Property: Middle East hot spots not where you think