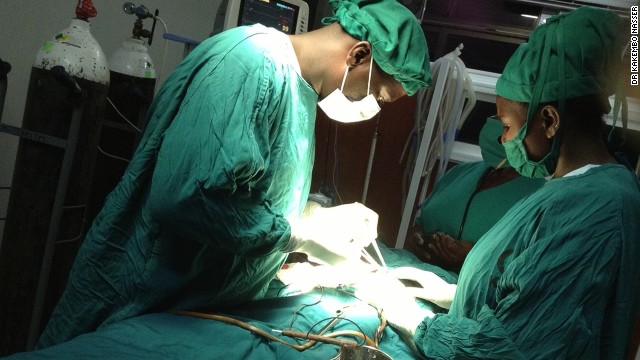 A baby born with four legs and four arms is progressing well after surgeons in Uganda successfully completed an operation to remove his extra limbs. 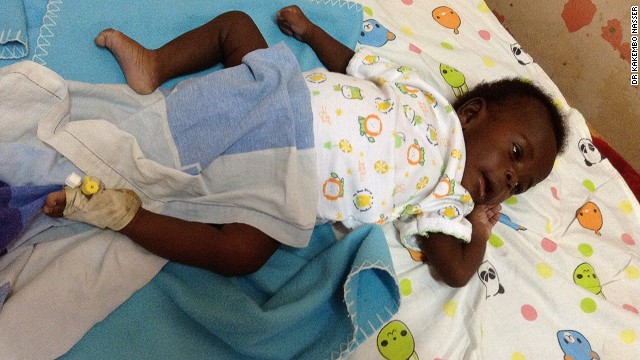 Three weeks after the operation, Paul Mukisa is steadily recovering. "The baby is eating well (breast milk) and is moving his bowels normally," says Nasser Kakembo, one of the doctors who carried out the surgery. "His lower limbs also move normally." 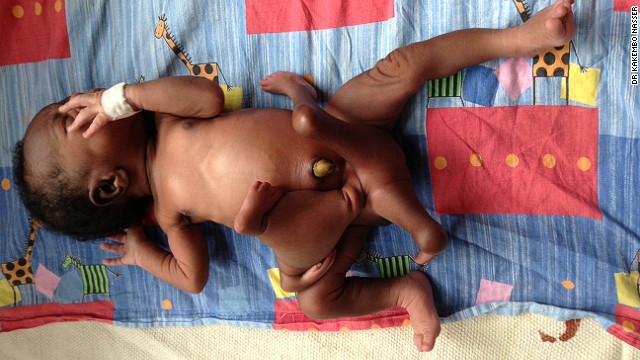 Baby Paul Mukisa was born with a "parasitic twin," a conjoined twin that did not fully develop. 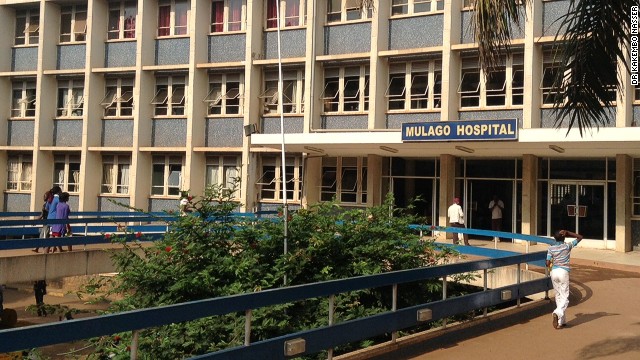 (CNN) -- On May 27, Margaret Awino gave birth to Paul Mukisa with the help of her mother-in-law inside her home in Nabigingo, a small village in eastern Uganda. But instead of joy and jubilation for the birth of her fifth child, the 28-year-old mother was shocked: her newborn son had been born with four legs and four arms.

The family rushed to a nearby district hospital for help but they were quickly referred to Mulago Hospital in the Ugandan capital of Kampala. There, a team of doctors examined the infant and made the diagnosis of "parasitic twinning," a variant of conjoint twinning in which one of the twins is not fully developed -- baby Paul had been born with a full set of arms and legs and another set from a headless and heartless mirror image twin that never fully grew.

The Ugandan doctors ran a series of tests on the eight-limbed newborn which showed that the host and parasitic twin shared part of the pelvic bone. Examinations of Paul's internal organs revealed further abnormalities: his heart was on the right side of his body, instead of the left, while his liver was on the left side as opposed to the right.

After these initial investigations, Paul was discharged home for three months as the surgeons wanted to allow him to grow before performing an operation to separate the twins.

Finally, on August 18, a Ugandan team of three surgeons, three anesthesiologists and two nurses successfully completed a three-hour operation to remove parts of the parasitic twin from the normal body. 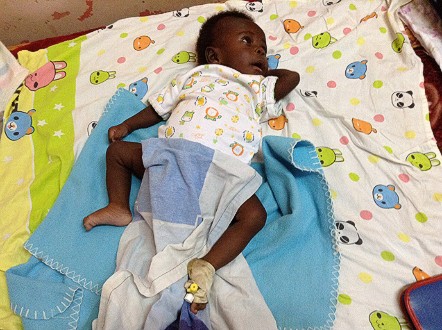 "The baby was given general anesthesia and the torso and trunk of the parasitic twin -- which had two arms but no head or heart -- was detached from the host baby," said Dr Nasser Kakembo, one of the surgeons who carried out the operation.

"Then we also detached the lower limbs of the parasitic twin from the host, which included disarticulating the right and left lower limbs as they were attached by joints. We controlled the bleeding and fashioned skin flaps to close the resulting wound," he added. "There were no intra-operative or post-operative complications and mild blood loss and a precautionary blood transfusion was given."

Three weeks after the surgery, the baby is progressing and breastfeeding well, according to the doctors.

"The father and mother were very grateful because at first they thought it was due to witchcraft, and their baby was a laughing stock because of the abnormalities," said Kakembo.

The incidence of conjoined twins is one in 50,000, while parasitic twins are extremely rare. The condition is typically created after one of the twins stops developing at a certain point during the pregnancy, and the remnants of that twin merge with the twin that has continued developing.

Back in 2007, an eight-limbed girl in India made global headlines after a team of 30 surgeons successfully completed a mammoth 27-hour operation to remove her "parasitic twin."

For the doctors at Mulago Hospital, this was the first time they had ever performed a surgery like this.

"We have not had a prior experience with a parasitic twin but we work on many other children with multiple complex multi-organ congenital anomalies such as intestinal, urologic, cardiac, and orthopedic defects," said Kakembo. "Although twinning is very rare worldwide," he continued, "we have an increased incidence in Africa -- we [have] seen numerous sets of conjoint twins, five to six sets in the last few years."

Baby Paul Mukisa is still at the hospital and will remain there for the next two weeks, being treated by medics.

Looking ahead, doctors say that they "anticipate a healthy baby that may have a wide gait due to the large pelvic bone, and this may require orthopedic reconstruction in the future."