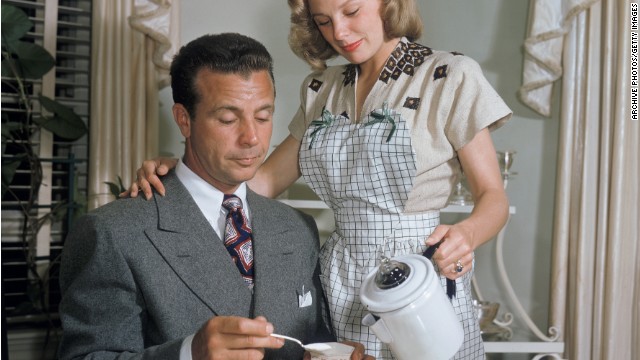 When I get off my schedule, everything just goes to hell.

Of course, at the office there's no napping. There's spending an hour "looking for a pen" under the desk, but definitely no napping.

Just coffee. And lots of it.

On the other hand, some ultra-progressive workplaces now encourage power naps. And research shows that if you can combine the two -- coffee and 20 minutes of sleep -- you can actually maximize the benefits of both. Just think of how efficiently you could surf the Internet!

Many refer to these combinations as "coffee naps." And they're pretty much everything I've ever wanted from science. That, and bionic genitals. (I don't even know what that means. But I want them.)

So, here's why coffee naps work.

It takes about 20 minutes for caffeine to pass through your body and find its way into your brain. It then occupies receptors that are normally filled by something called adenosine, a chemical that makes you feel drowsy.

Adenosine builds up naturally throughout the day as we do stuff. Which is why I always say that doing stuff is highly overrated.

The key, then, is to utilize that 20-minute caffeine window to allow the adenosine to naturally dissipate in your brain while you rest.

Thus, when you take that power nap, some of this sleep-causing brain-science stuff slowly leaves your head. And, when you wake up, the energy-boosting bean-science stuff has finally kicked in, creating a perfect storm of energy.

Now you're highly alert and somewhat able to put up with all of Dave in accounting's B.S. and attitude. Before a coffee nap, he simply isn't tolerable.

After a coffee nap, dealing with irritable people becomes so much easier. 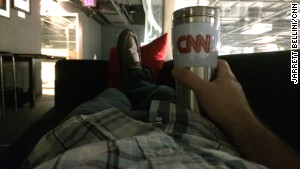 But this time you're smiling. Because you're energized. And it's true. Nobody likes Dave.

It's worth noting, though, that this science is nothing new. The major studies that were done in the UK and Japan actually date back to the early 2000s and the mid-1990s. But, they recently re-emerged online -- as old things often do when we've seemingly run out of cat videos -- starting discussions all over the Web about coffee naps.

Regardless, it was definitely new to me, so I thought I would give it a shot. As in, an hour ago.

While some of the business folks here at work were meeting in a conference room, I quietly passed out in the adjacent game room where there's a couch. I had just gulped down some terrible coffee from the break room. We have a lot of rooms. I set my alarm for 20 minutes.

And when I finally emerged from the couch, I actually felt somewhat more awake. So, there might be some truth to all of this. Unfortunately, further personal research will require taking more naps in the game room, and I'm not sure my ongoing commitment to science will be appreciated by those who pay me.

However, completely unrelated, I still haven't found that damn pen under my desk. Better take another look.