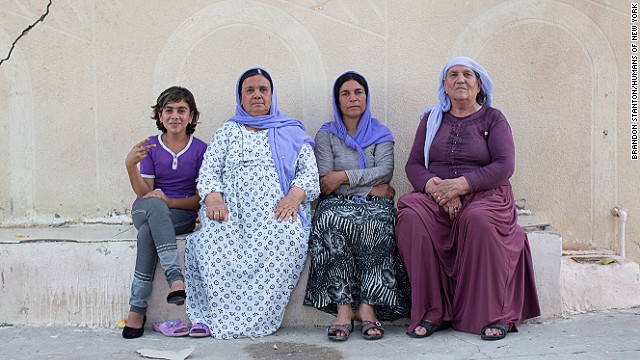 "We told her to sit with us so we could share her sadness." 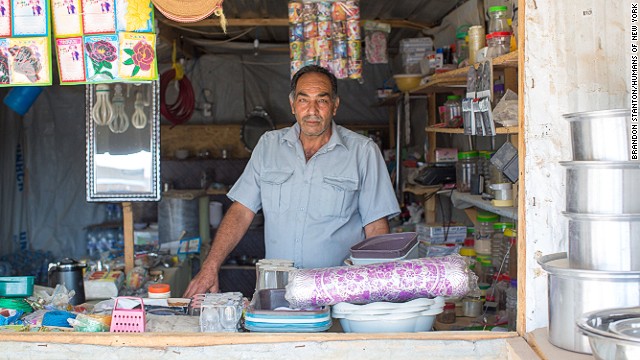 "Back in Syria, I sold antiques and Orientals. I had all sorts of things in my shop: glass vases, old stamps, coins from the Roman and Ottoman empire, valuable laces, antique furniture. But they beat me with rifles and knocked out my teeth. Then they burned my store to the ground." 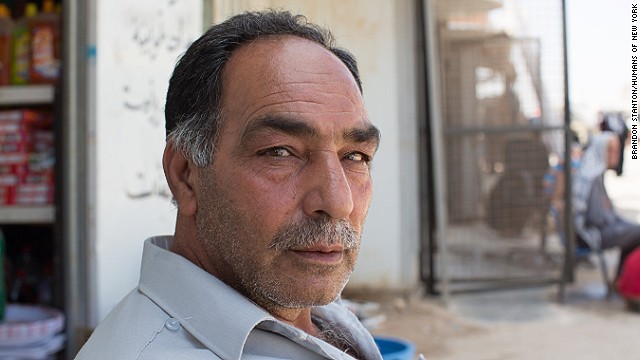 "After they beat me, I heard shots. And I walked to the shop next door, and found my neighbor dead on the floor. He was one of the nicest men in the town. Every day he would put out food for the cats. I would tell him: 'You must stop feeding the cats, they are overrunning my shop.' But he would never stop feeding them. He would tell me: 'I have to feed them. Or they will die.'" 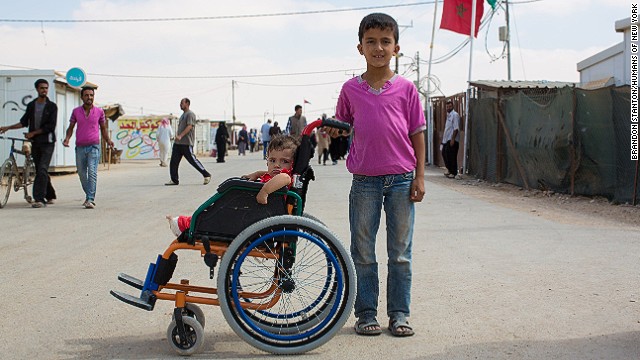 "What are your hopes for them?" "We left our hopes back in Syria." 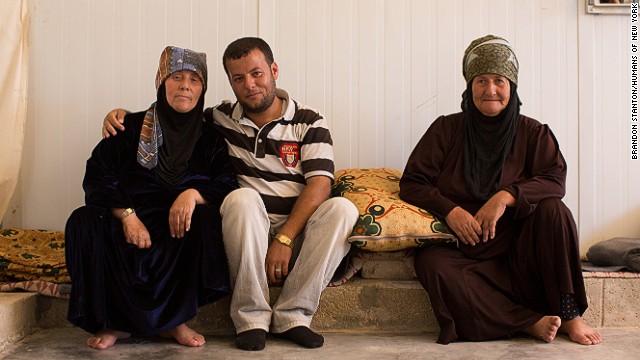 "Our house was next to a checkpoint for the government, so we thought it was safe. There were snipers around, but we thought they knew us. They'd seen us everyday. But one day the electricity got very weak. The television was still working, but the refrigerator and washing machine cut off, so my brother went into the yard to check it. And then we heard a scream. It wasn't exactly a scream, more like an 'Ahhhh!' And I ran outside. And there he was." 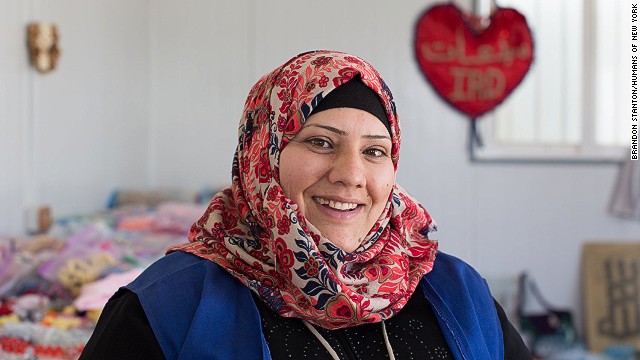 "This one likes photos too much. If he takes one more photo, I will break his camera. But don't translate that." 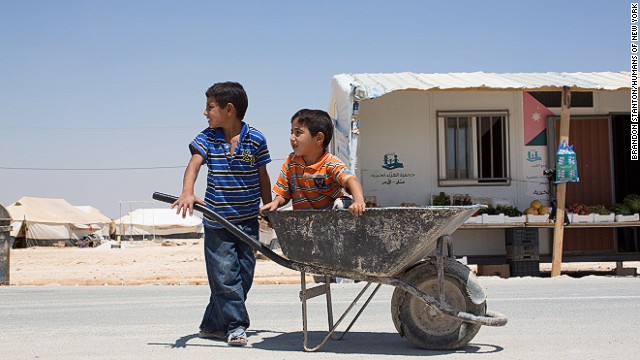 "We're trying to get to Grandma's." 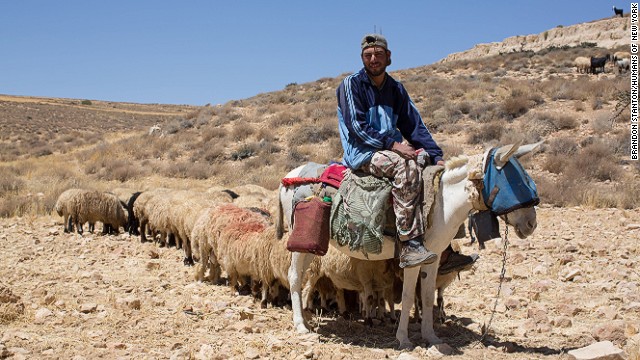 "We were engaged for six months, but her parents made her marry a richer man." "What's the last thing you said to her?" "I told her: 'I've done all that I can do. I wish you happiness in your life.'" 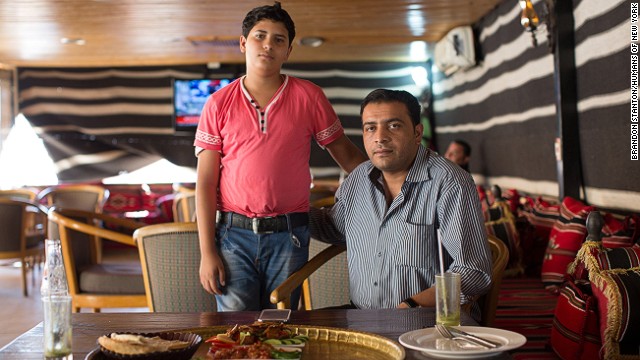 "He lived with his mother in Gaza when he was very young. One night, I talked to him on the phone before bedtime, and he told me he was wearing three pairs of pants to bed. I said: 'Three pairs of pants? Why aren't you in your pajamas?' He told me: 'Because I want my body to hold together if a bomb falls on me.'" 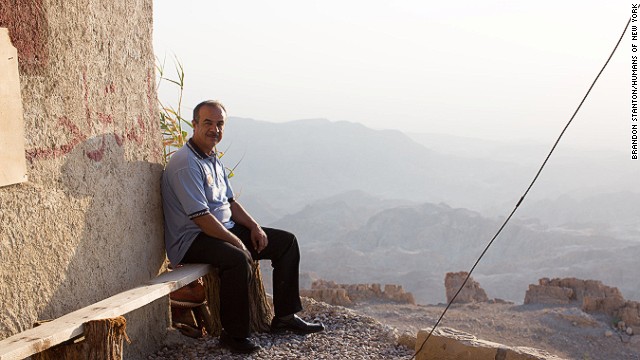 "When I graduated from high school, I went straight to work, to help pay for my brother's school. I never resented it, because I knew he was more intelligent than me, and he deserved it. But now he has a great job in Australia, and I wish that I'd gone to college. But you know what? That same brother married into a family with two sisters. He married the older sister. And at the wedding, I met the younger sister, we danced, and now we are married. Her name means 'angel,' and she is my angel. And I tell her every day that she's better than being a millionaire." 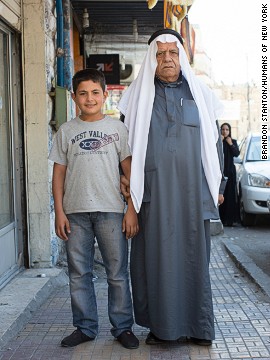 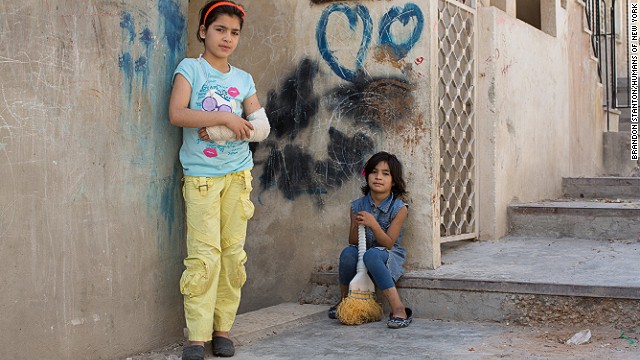 "What happened to your arm?" "I was walking down the stairs and looking at the stars." 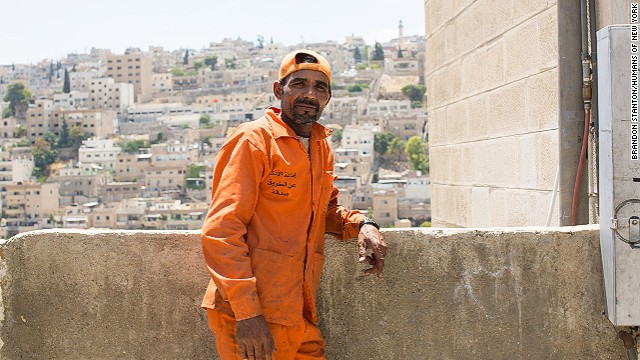 "I clean the streets. I used to work as a lifeguard at a fancy hotel on the Dead Sea, but I lost my job. I brought some of the mud from the beach to my cousin because it is good for your skin. My manager said: 'Hey! We can sell that! You're stealing!'" 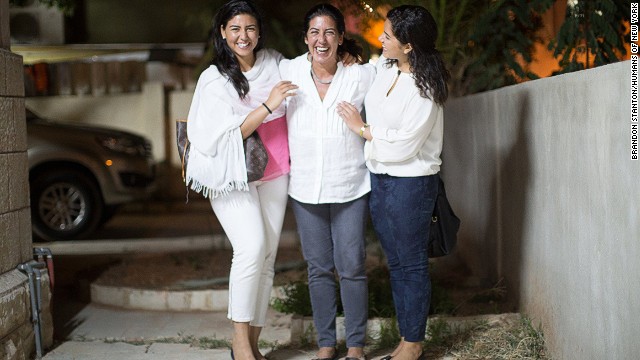 (CNN) -- Four years ago, Brandon Stanton became New York City's unofficial photo-chronicler. With his blog, Humans of New York -- which has over eight million followers on social media -- he has captured the heart and soul of the city's multi-national inhabitants.

His trademark -- the micro narratives that accompany each image -- has been imitated in the far reaches of the globe, from Sydney to Khartoum.

Last month, he turned his lens, and poignant interview style, to the world at large. In partnership with the United Nations, he is touring roughly a dozen countries in a bid to raise awareness for the peacekeeping organization's Millennium Development Goals. His first stop: Iraq and Jordan.

'My eyes were opened'

Though his trip was "months in the works," Stanton didn't anticipate that his arrival in Erbil, Iraq would coincide with that of ISIS. The first people he questioned were Yazidi refugees who had only freshly fled their homes, their families, their lives as a whole.

"My idea of what constitutes personal tragedy has been expanded a lot just listening to what these people are going through," admits Stanton.

For the Yazidis he approached -- from the student who had to abandon his long sought after Master's degree to flee bombs to the mother whose children can't stop crying for home -- Stanton found himself falter at the prospect of pursuing his traditional line of questioning.

"When you've just abandoned your house, and your family is surrounded by a hostile army, and you don't know if they're going to survive, it's just inappropriate to ask what your happiest memory with your mother is," he says. 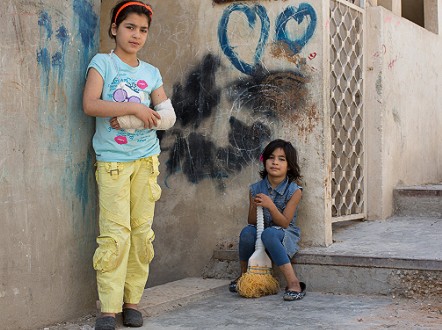 'What happened to your arm?'"I was walking down the stairs and looking at the stars."

"I felt I couldn't ask them beyond their present circumstances, because their lives were absolutely consumed by those circumstances."

'Pack a bag and get ready to run'

The day Stanton landed in Iraq, ISIS captured the Mosul Dam. The day he left, the United States started air strikes. His time there, he admits, was often terrifying.

I went to this place where all people wanted was a bit of security.
Brandon Stanton, photographer, Humans of New York

"When I was in Dohuk, there was a moment I got a call in the middle of the night from UNICEF telling to pack a bag and get ready to run, because ISIS was shelling the town and had broken through the lines," he recalls.

"It was an abundance of caution it turned out, but it was a sleepless night."

It was one of many moments, he admits, when he appreciated what it means to feel secure.

"I went to this place where all people wanted was a bit of security: to send their kids to school, to start a business, to get married and live a normal life. And I realized that in the absence of physical security, no other layers of life can really be experienced," he says.

"That constant uncertainty seeps into your psyche in a way that you can't really pinpoint until you go back to a place that is secure." 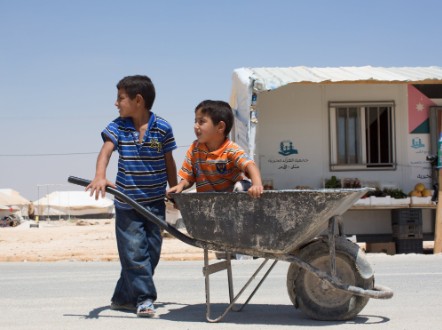 Two children in Zaatari Refugee Camp in Jordan: "We're trying to get to Grandma's."

For Stanton, that place was Jordan.

"I really noticed when I landed in Jordan, where the infrastructures was in place and there was no imminent threat, that there was a load lifted from my psyche," he says.

The stories he heard were different as well. The tenor, though often still heart-breaking (he visited Zaatari Refugee Camp that houses around 80,000 Syrians), demonstrated a lighter side of the human character. In the absence of immediate danger, there was hope.

"The other thing this trip has made me realize is the depth of ambition, particularly in underdeveloped countries," he says.

"Everybody I talked to had such big dreams, and often such limited opportunities with which to achieve those dreams."