Part of complete coverage from
Sally Kohn
SHARE THIS

The imminent threat to the U.S. that gets ignored 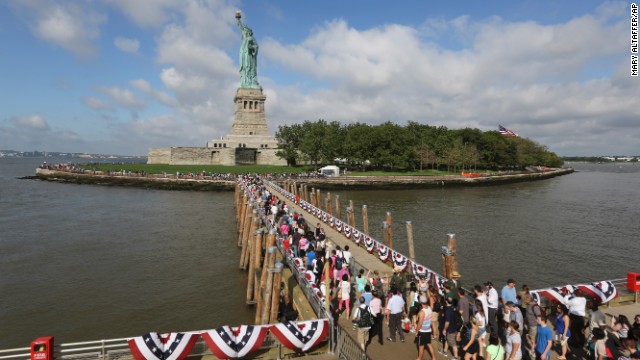 Protections have already been added to the Statue of Liberty and Ellis Island in New York, but will they be enough in an era of climate change? Listing 30 at-risk sites, a report released by the Union of Concerned Scientists contends rising seas are endangering many of America's landmarks. Here's a look at some of them: 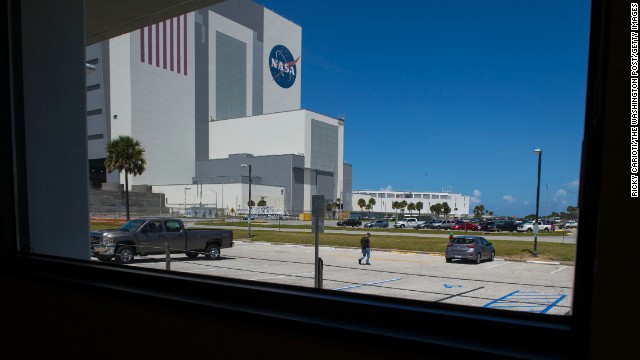 The Kennedy Space Center, along the Atlantic Coast in Florida, has seen recent restoration and protection efforts "undone" by storm surges. 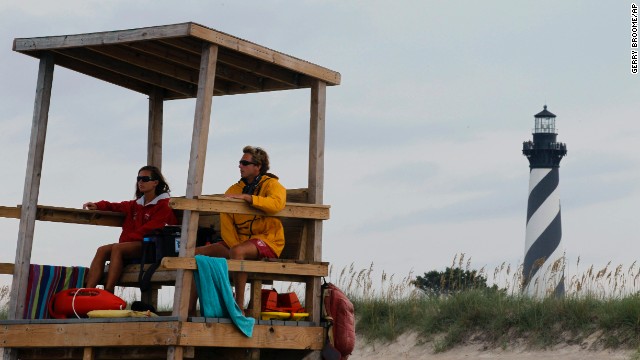 Cape Hatteras Lighthouse on the Outer Banks of North Carolina has already been moved inland once because of coastal erosion and rising seas at a cost of $11 million. The lighthouse was a witness to pirate ships and Civil War battleships. 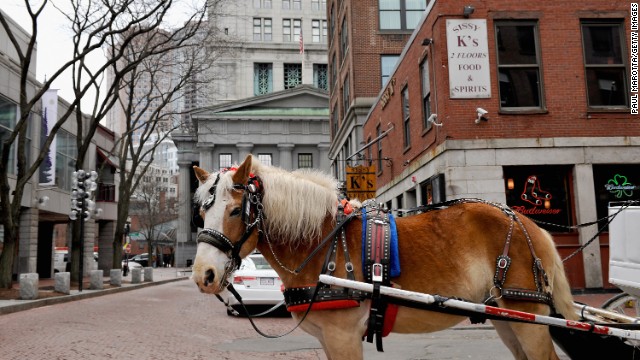 The historic tourist attraction of Boston's Faneuil Hall is at risk of coastal flooding. 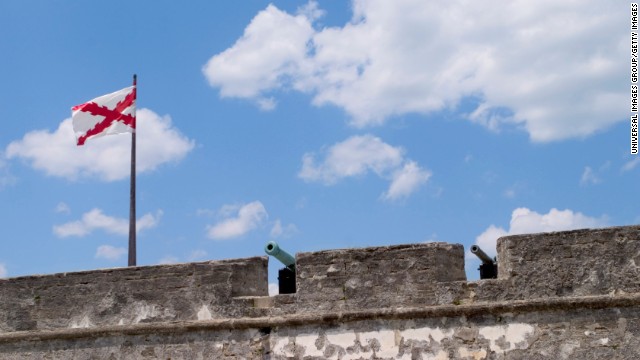 Castillo de San Marcos in St. Augustine, Florida, is the oldest masonry fort in North America and the only 17th century fort that stands today in the United States. 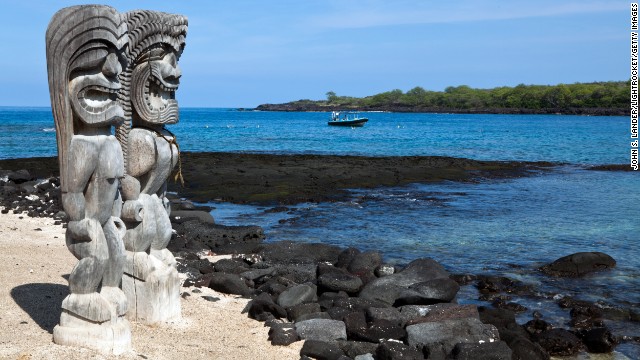 The temple site and historic trail at Hawaii's Pu'uhonua o Hōnaunau National Historical Park are vulnerable to rising seas and have been damaged by storm surges. 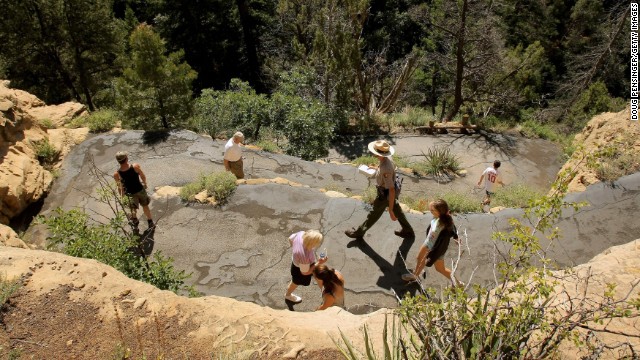 Mesa Verde National Park in Colorado holds a rich collection of artifacts and ancient ruins of the Pueblo people. Though completely safe from rising oceans, the park is vulnerable to massive fires and monsoon-type flooding. 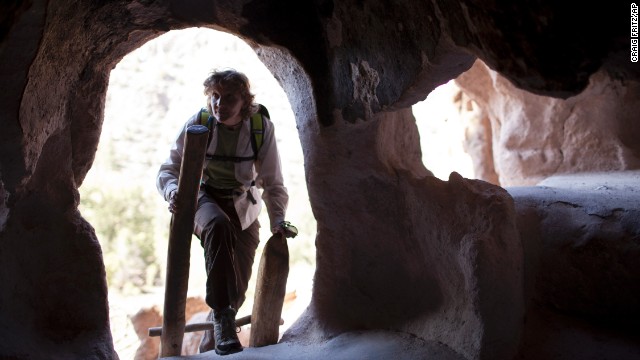 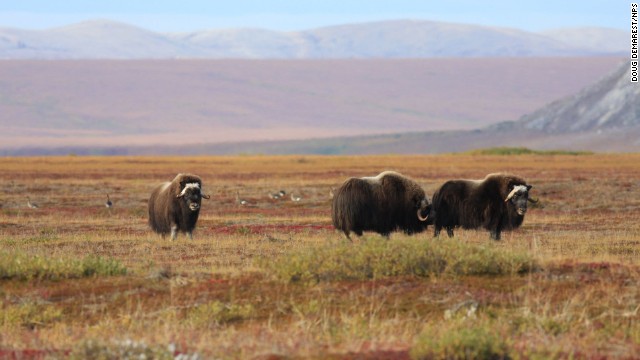 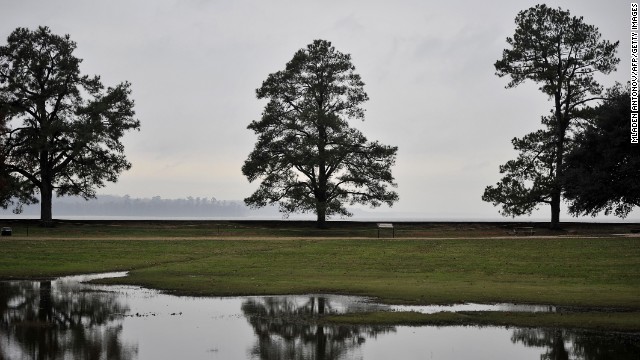 Virginia's Jamestown Island marks the first permanent English colony in the Americas, but increasingly powerful storms could submerge much of the landmark. 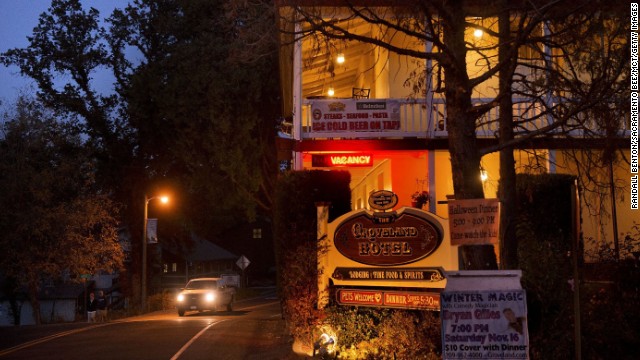 Wildfires are a threat to the Groveland Hotel, built after gold was found in California's Sierra foothills, sparking the nation's biggest gold rush. 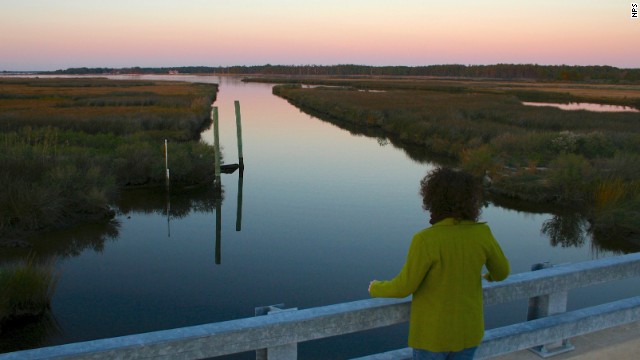 Editor's note: Sally Kohn is an activist, columnist and television commentator. Follow her on Twitter @sallykohn. The opinions expressed in this commentary are solely those of the author.

(CNN) -- There is an imminent threat facing the people, economy and territory of the United States of America.

A report by the Center for Naval Analyses Military Advisory Board calls it a threat to national security and a broader "catalyst for conflict," domestically and worldwide.

The admiral in charge of U.S. forces in the Pacific says it poses the biggest long-term security threat to the region. A comprehensive study, with 16 terabytes of data, documents how this threat will affect every single county in the United States — costing coastal cities billions and decimating crops all across the Midwest.

Notably, the Department of Defense's 2014 Quadrennial Defense Review, published in March 2014, doesn't even mention ISIS. But it frequently mentions this other looming threat -- climate change.

As thousands of people are expected to join the People's Climate March this Sunday, September 21, in New York City -- calling on world leaders and businesses to take serous and urgent steps to reduce global warming -- the threat that climate change poses to the United States is both direct and undeniable.

The rise in mega-storms like Superstorm Sandy is already hurting coastal towns and our economy, while the rise in temperatures is causing droughts in the Great Plains and Southwest. Scientists have shown these effects will only increase.

Meanwhile, though American intelligence agencies continue to emphasize that they have not detected any imminent threat nor specific planning by ISIS to attack US soil, we are nonetheless marshaling our full political will and military muscle to "denigrate and destroy" this enemy.

Why aren't we attacking climate change?

Donald Rumsfeld, secretary of Defense under President George W. Bush, famously tried to distinguish between "known knowns" and "known unknowns." Well, the threat of climate change is a "known known" but we have hesitated to attack climate change with all the robust power and focus of our nation while we have quite quickly and decisively mobilized against ISIS, the actual threat of which is clearly a "known unknown" at best.

Why? Why are mobilizing our national will, treasure and muscle to so emphatically fight ISIS while generally wringing our hands about climate change? It appears the answer is simple: Republicans. As far as Democrats are concerned, while 65% see ISIS as a major threat to the United States, 68% believe climate change is also a "major threat."

This is in stark contrast to Republicans, 78% of whom see ISIS as a threat but only 25% of whom feel the same way about climate change. The 43-point difference between Democratic and Republican views on climate change is the widest division between attitudes over any of the threats asked about in that poll, as the National Journal pointed out.

Republican political operatives and special interests have succeeded in making climate change taboo for their own base, instead breeding a skepticism that disregards basic facts and science.

Although President Obama is using his executive powers to take steps to address the threat of climate change, it's no wonder we now have even Democratic candidates hedging their stances on the environment.

Perhaps the political reticence speaks to the fact that while ISIS offers a clear and distant enemy to demonize, in the case of climate change the problem is largely us and our lifestyle -- or at the very least, the problem is our oil companies and other corporations no politician is eager to blame, especially not Republicans. Or maybe the objection stems from a sense that fixing climate change is just too expensive, even though that's not true.

In fact a recent study found that addressing climate change will actually lead to economic growth, therefore in a practical sense not cost a dime. And either way, many Republicans didn't balk at the cost of the wars in Iraq and Afghanistan, which could top $6 trillion not including what we're now spending to fight ISIS.

So maybe it's just a matter of political alignment. If we could bomb our way out of climate change, and thus use it as a rationale for bloating the already-bloated military budget, Republican voters and political leaders might then lead the call to action.

Let's hope the hesitance certainly isn't that we have to wait for the climate crisis to wreak even greater havoc all around us before we act.

Unlike ISIS, where the possibility of a future threat was enough to justify action, we absolutely know that climate change will strike America -- and that, unaddressed, the severity of that threat will only grow. It's a crisis we absolutely can solve --but first we have to acknowledge there is a crisis and act accordingly.